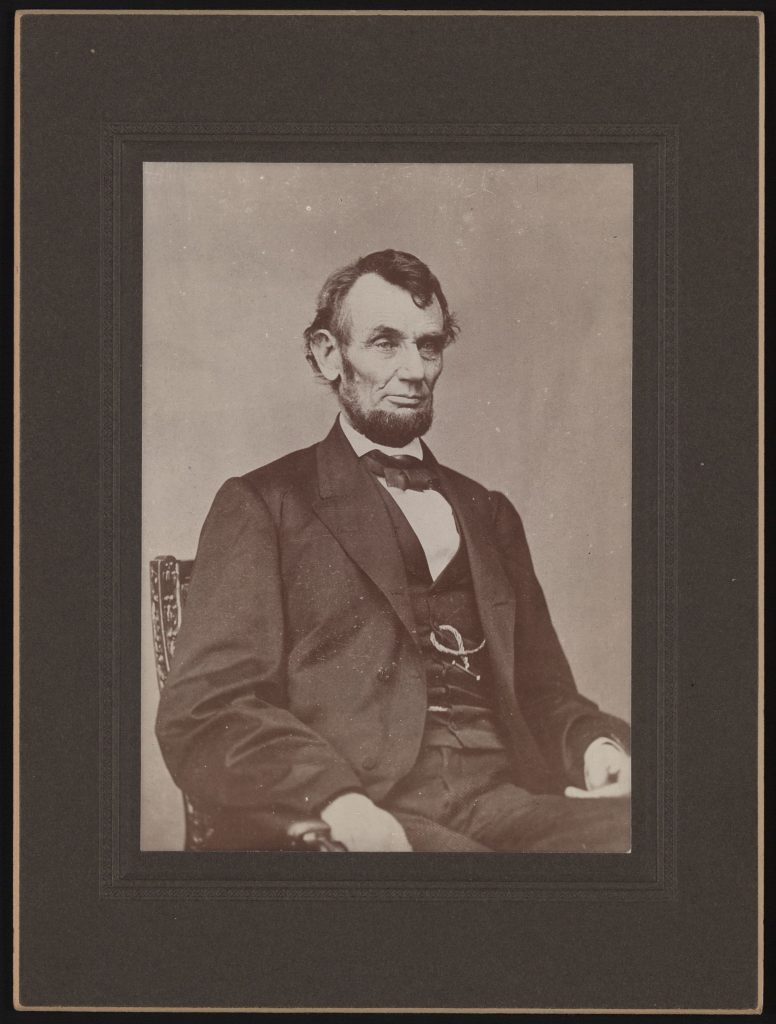 To celebrate African-American History Month and the anniversary of President Abraham Lincoln’s birthday—Feb. 12, 1809—we are sharing an article from “Building Black History,” the January–February issue of LCM, the Library of Congress Magazine, available in its entirety online.

The Emancipation Proclamation, President Abraham Lincoln understood, was a wartime measure that wouldn’t ensure the freedom of slaves once the Civil War ended and furthermore didn’t apply in slave states that remained in the Union. The only solution, he knew, was a constitutional amendment that permanently abolished slavery throughout the United States.

The Senate took an important step toward that end when it passed, by a 38-6 vote, a proposed amendment outlawing slavery on April 8, 1864.

Passage in the House proved more difficult. That June, the amendment fell 13 votes short of the two-thirds majority required for approval.

After winning re-election in November, Lincoln made passage in the House his top legislative priority. Following an intense lobbying campaign, the House finally passed the amendment, 119-56, on Jan. 31, 1865—cheered on by jubilant African-Americans watching from the gallery.

To celebrate the historic achievement, members of the House and Senate, Vice President Hannibal Hamlin and Lincoln signed several commemorative copies of the joint resolution.

The document shown in this post, held by the Library’s Manuscript Division, is one of them: “A resolution; Submitting to the Legislatures of the several States a proposition to amend the Constitution of the United States.” 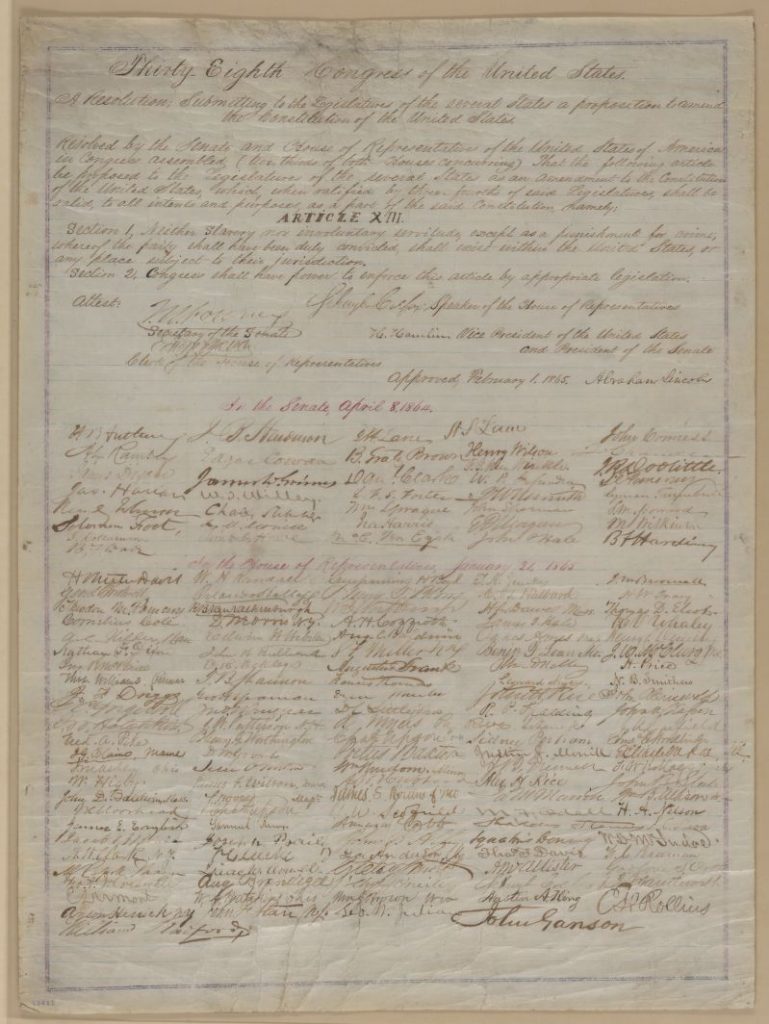 Resolution submitting the 13th Amendment to the states, signed by Abraham Lincoln and Congress.

The document states the text of this 13th Amendment to the Constitution:

“Section 1. Neither slavery nor involuntary servitude, except as a punishment for crime; whereof the party shall have been duly convicted, shall exist within the United States, or any place subject to their jurisdiction.

“Section 2, Congress shall have power to enforce this article by appropriate legislation.”

This commemorative copy was signed by 38 members of the Senate and 119 in the House—including a future president, James A. Garfield (last column, 13 lines from the bottom). Though he was not required to do so, Lincoln also signed the joint resolution as “approved,” on Feb. 1, 1865, along with Hamlin and House Speaker Schuyler Colfax.

Lincoln didn’t live to see the amendment become law; he was assassinated by John Wilkes Booth at Ford’s Theatre only two months later.

Nevertheless, within a year of its passage by Congress, the amendment was ratified by the required three-fourths of the states—finally making freedom for all the law of the land.