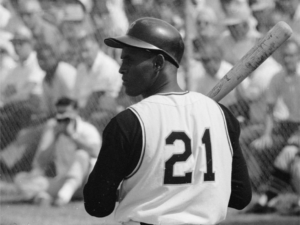 Roberto Clemente at bat for the Pittsburgh Pirates in 1967. Photo: Jim Hansen. Prints and Photographs Division.

No discussion around Black History Month would be complete without exploring the significant contributions of Afro-Latinos to American culture and society. The Library provides a rich sampling of some of these icons who have enriched the national mosaic.

Latinos can be of any race, and according to the Pew Research Center, about 25 percent of Hispanics in the U.S. self-identify as Afro-Latinos. As members of the African diaspora, they have faced discrimination for being black and alienation because of their language and accent.

Orlando Cepeda, the Hall-of-Fame first baseman from Puerto Rico, summed it up this way after a brilliant 17-year career in Major League Baseball from 1958 to 1974: “We had two strikes against us: One for being black, and another for being Latino.”

Spanish-speaking Africans were present in North America before the arrival of English settlers and Afro-Latinos came to be an integral part of American history. Their stories and struggles interweaved with those of Africans enslaved by English settlers and added to the nation’s cultural tapestry. Still, because white society seldom sought to understand or differentiate differences between Blacks, Afro-Latinos have often been underreported in the news media or are barely mentioned in history textbooks.

“Afro-Latinos have had a long history and strong presence in U.S history since the mid-16th century and very few Americans are aware of the term ‘Afro-Latinos,’ ” said Carlos Olave, head of the Hispanic Reading Room.

Nevertheless, as D.C. AfroLatino Caucus founder Manuel Méndez points out, the world would not be the same without prominent Afro-Cuban musicians like Mario Bauza. And no one can forget Johnny Pacheco, the Dominican-American music legend who co-founded Fania Records in the 1960s and helped create the genre of music known today as salsa. When he died on Feb. 15, the world lost an icon. There was also the heroic efforts of Dominican-born Esteban Hotesse, a Tuskegee Airman during World War II, to integrate the military.

Here are just a few more of the names who have changed American history, many of whom you can find in the Library’s collections.

— Puerto Rican historian Arturo Alfonso Schomburg was a key intellectual figure in the Harlem Renaissance of the 1920s and spent his life championing Black history and literature. His collection of books, documents and artifacts from and about Black history from around the world helped establish the Schomburg Center for Research in Black Culture in Harlem in 1926, within the New York Public Library.

Before Jackie Robinson broke Major League Baseball’s color line with the Dodgers in 1947, several Afro-Cuban players had made inroads decades earlier for people of color in the nation’s pastime, including Estevan Enrique Bellán, Rafael Almeida and Armando Marsans. During the ensuing decades, Roberto Clemente, Orlando Cepeda, Minnie Miñoso and the Alou brothers (Felipe, Manny and Jesus) were among the sport’s most important Afro-Latino players, setting the stage for future generations to become some of the brightest stars in the game. In 2020,10.7 percent of MLB’s entire roster was from the Dominican Republic alone. 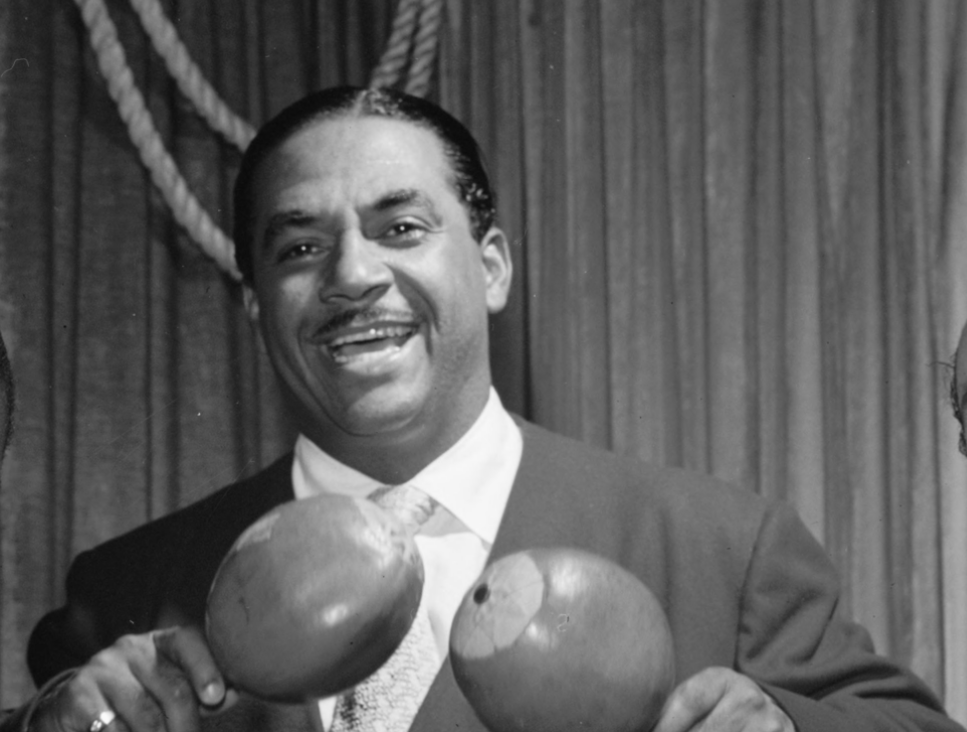 — The arts and entertainment world of the early to mid-20th century was flavored with the rhythms of Afro-Latino mega stars like Sammy Davis Jr. (his mother, Elvera Sanchez, was of Afro-Cuban descent), Celia Cruz, Machito (Frank Grillo) and Negrura Peruana. Machito fused traditional Cuban dance rhythms with big-band arrangements to dominate the post-war Latin music scene during the Golden Age of Latin Music; the Library has a huge trove of his papers. Cruz, also known as the “Queen of Salsa”, won numerous awards throughout her 60-year career, with sold-out performances where her battle cry “¡Azúcar!” (“Sugar!”) alluded to African slaves working in sugar cane plantations in her native Cuba.

As in baseball, these Afro-Latino artists founded a platform so broad that is taken for granted today; Mariah Carey, Rosario Dawson, Esperanza Spalding and Zoe Saldana and just a few names to drop.

—In literature, Afro-Latino authors have added their voices to the national dialogue for years, with their works attracting an international following. The list includes Junot Díaz, (“Drown,” “The Brief Wondrous Life of Oscar Wao”) born in the Dominican Republic and raised in New Jersey; Brazilian author Paulo Lins (“City of God,” adapted to film in 2002); Dominican-American author Elizabeth Acevedo (“The Poet X,” winner of the National Book Award For Young People); Veronica Chambers, the Panamanian-American journalist and author; and Puerto Rican authors Mayra Santos Febres and Dahlma Llanos Figueroa.

–In science, astrophysicist Neil deGrasse Tyson has talked about his Afro-Latino heritage as the son of a Puerto Rican mother and an African-American father and has written about his experiences with racial profiling. Growing up in the Bronx, deGrasse Tyson developed a passion for astronomy after a visit to the sky theater at the Hayden Planetarium at the age of nine. He became the fifth director of the New York City-based planetarium in 1996, and he continues to promote science literacy and to popularize science through lectures, seminars, and national book tours.