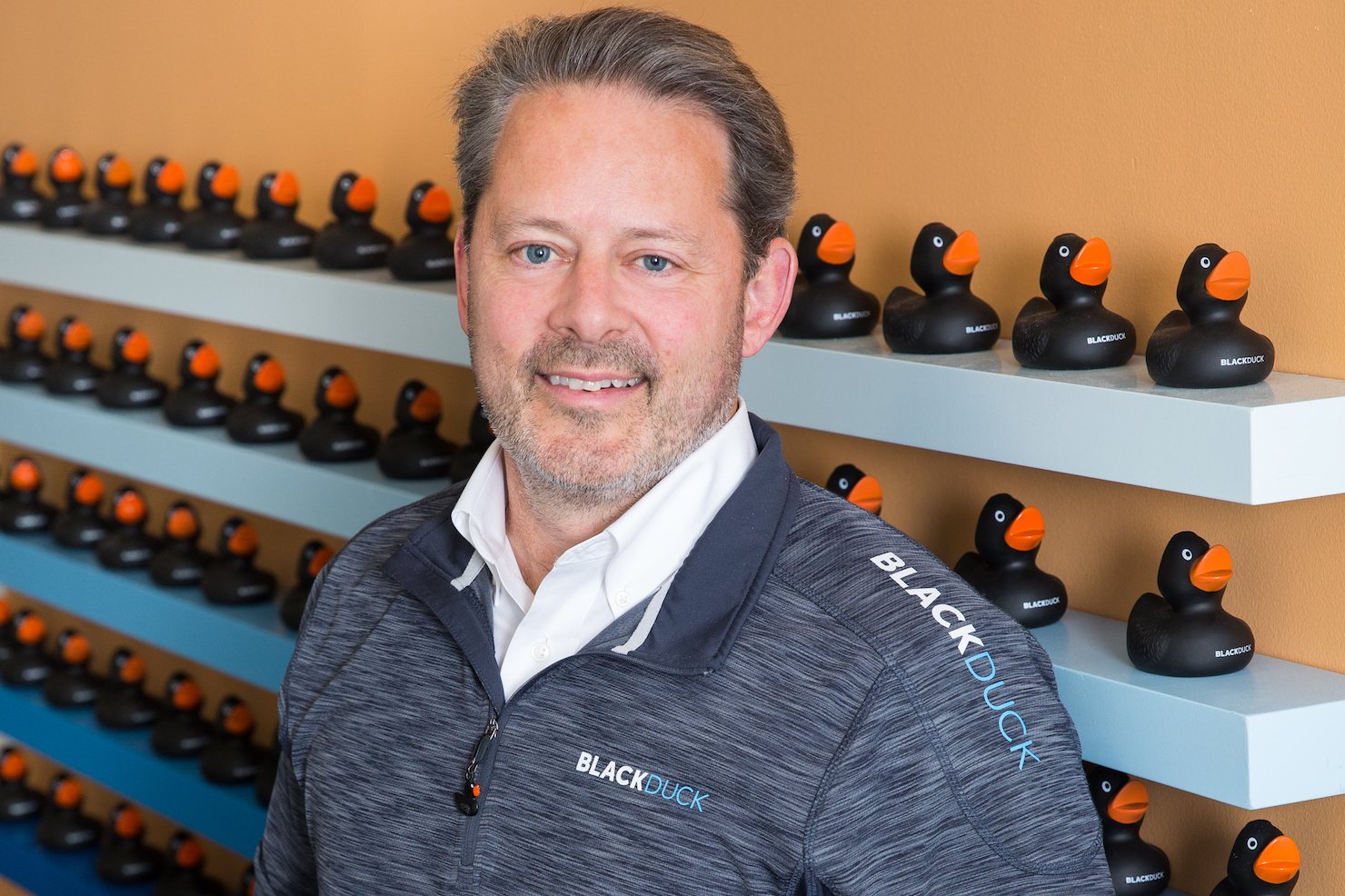 Transforming a well-established company is a tricky feat. It looks like Black Duck Software has figured out how to pull it off.

Xconomy recently checked in with the Burlington, MA-based company, which has been around since 2003. Under founding CEO Doug Levin, Black Duck made a name for itself by providing tools to help software developers vet all of the open-source code they’re using and make sure they comply with licenses. Later, under the leadership of Tim Yeaton, Black Duck recast itself as a resource for developers seeking open-source components that could speed up their projects. The company says it has accumulated one of the most comprehensive databases of open-source assets.

By its 10th anniversary, Black Duck saw the need for another leadership change and new direction. The company was losing money at the time, says Brian Carter, Black Duck’s director of strategic communications. In late 2013, Lou Shipley was brought in to replace Yeaton, who had held the CEO position for nearly five years. Shipley previously led VMTurbo (now known as Turbonomic), and he was a vice president at Citrix Systems before that.

Shipley opted to expand Black Duck’s offerings and focus more on cybersecurity—helping companies find and fix vulnerabilities in the open-source components they use. Black Duck’s open-source licensing compliance products remain “valuable” for a lot of customers, Shipley (pictured above) says. But as the use of open-source code in companies’ software products…