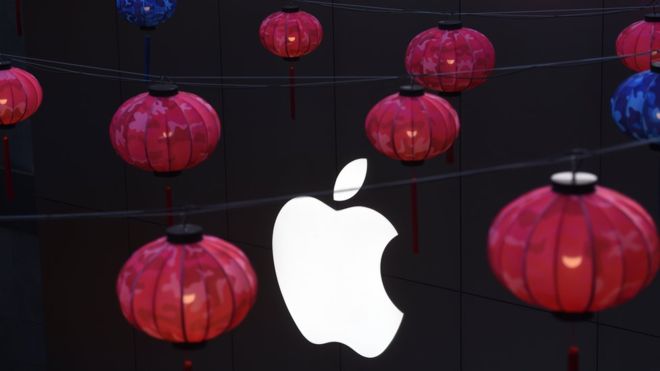 The creators of several Virtual Private Networks (VPNs) have criticised Apple’s decision to remove their products from its App Store in China.

The BBC understands that as many as 60 VPNs were pulled over the weekend.

Apple said it was legally required to remove them because they did not comply with new regulations.

It refused to confirm the exact number of apps withdrawn, but did not deny the figure. It added that dozens of legal VPN apps were still available.

One provider of the technology has said it will file an appeal with Apple.

What is a VPN?

VPNs allow users to mask their identity online by funnelling web browsing and other internet activity through another computer – sometimes one in a different country.

As a result, users can hide their IP addresses and access online material that has been censored or blocked by their internet service provider.

Which VPNs have been affected?

A company that analyses mobile app sales, www.aso100.com, has told the BBC that more than 60 VPNs were no longer available in Apple’s China mainland App Store.

Golden Frog, the company that distributes VyprVPN was critical of the decision, saying it would file an appeal with Apple.

“If Apple views accessibility as a human right, we would hope Apple will likewise recognize internet access as a human right (the UN has even ruled it as such) and would choose human rights over profits,” said Golden Frog’s president Sunday Yokubaitis in a blog post.

ExpressVPN said it was “dismayed” that the tech giant had “sided with censorship.”

The apps are still available in Apple’s App Stores outside…