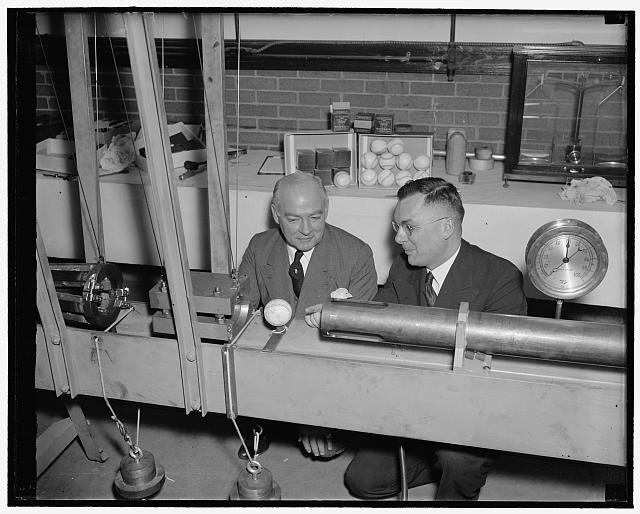 This is a guest post by Nanette Gibbs, a reference librarian in the Science, Business and Technology Division.

Edward B. Eynon (left), secretary of the Washington Baseball Club, and Hugh L. Dryden, chief of the Mechanics and Sound Division of the National Bureau of Standards, test American, National and International League baseballs on February 21, 1938, using a specially designed machine. Photograph by Harris and Ewing.

Spring training is now under way, and in a few short weeks it will be opening day. In the Science, Technology and Business Division, we have something on nearly everything connected with the game of baseball: balls, bats, gloves, sports medicine, statistics, baseball cards, ballpark food and stadium architecture. In this post, I share some inside details we’ve uncovered in our exploration of baseballs.

Just about everything from measuring cups for cooking to baseballs and their construction follows a standard. In our division, we have extensive holdings of the standards that the American Society for Testing and Materials (ASTM) developed for baseballs. They fall under such topics as “standard test method for compression-displacement of baseballs and softballs,” a test method established by the sports’ governing bodies.

Reading these standards, we became curious to see for ourselves the inside of a baseball, so we purchased a few baseballs and softballs and approached a local hardware store to see if it would slice a few of them in half. Some were cut in half and showed clean edges, but we are particularly fond of a ball that revealed complex textures, including wool windings. For one ball, the inner core of cork orb and its two rubber outer layers fell right into our hands, allowing us to examine just how large the cork core is and how stiffened the rubber feels. 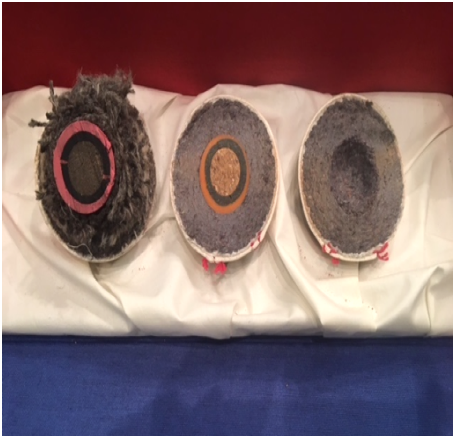 The Library’s Collections Conservation Section created a special display case to house baseballs that had been cut in half. The interior of the balls shown here consists of woolly lining and cork encased in double layers of rubber.

When teaching a young player the game of baseball, you want to teach the player how to play catch. Without doubt, this exercise prepares players to throw the baseball accurately, and they will begin to win games. The red stitches, referred to as the “seams” on the ball provide various levels of grip, not unlike the treads on a tire. The stitches on youth baseballs are slightly higher, enabling the player to master the “two-seamed grip,” which is for pitchers; the “four-seamed grip” is for fielding. 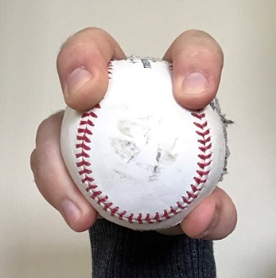 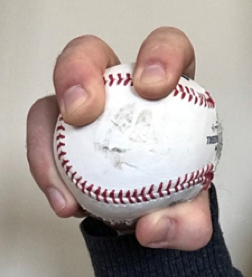 Younger players need to be able to grip the ball accurately to learn different pitches, while the professional player is skilled and does not need this feature. Major league baseball uses flat-seamed baseballs. College teams, which formerly used raised-seamed baseballs, now use the flat-seamed balls after the after the NCAA concluded a study on ball seams in 2015.

Rice University’s Wayne Graham advocated for the change, stating, “The fans love a balance in the game—they don’t need the 77 home runs, . . . but they need the excitement.” Simply stated, flat-seam balls travel faster. It is interesting to note that while attempts have been made to design a machine to mechanize the stitching of baseballs, they have been largely unsuccessful. Baseballs continue to be hand sewn.

The excitement described by Wayne Graham won’t happen unless all baseballs are in compliance with standards as published by the ASTM. Baseballs used in professional games must consist of a core made of cork and rubber, or similar materials, wrapped in yarn and covered with cow or horsehide. The ball’s core, also called the pill, needs to meet certain weight, diameter and composition requirements.

Today’s Major League Baseball ball uses what’s called a cushioned cork, first introduced about 100 years ago, in which a cork orb is coated with two layers of rubber. Wrapped around the core is yarn made mostly of wool except for an outermost layer of a polyester-cotton blend. This is wound by machine to ensure balls stay taut and spherical. Workers hand-stitch an alum-tanned leather cover to each yarny sphere.

Because wool and leather both absorb moisture, humidity can affect performance. Elastomer barriers prevent moisture from entering the baseball and are used by manufacturers to ensure that baseballs are more uniform. The process of assembling a baseball involves two types of workers: assemblers (who assemble the core parts of the baseball) and sewers (who stitch the cowhide covers onto the baseball by hand).

Very little has changed. In a patent application in our collections, filed for a “Base-ball” and patented on August 31, 1909, Benjamin F. Shibe, of Bala, Pennsylvania states: 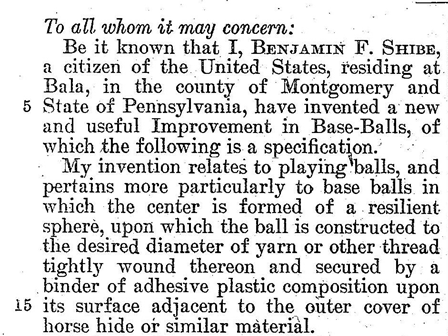