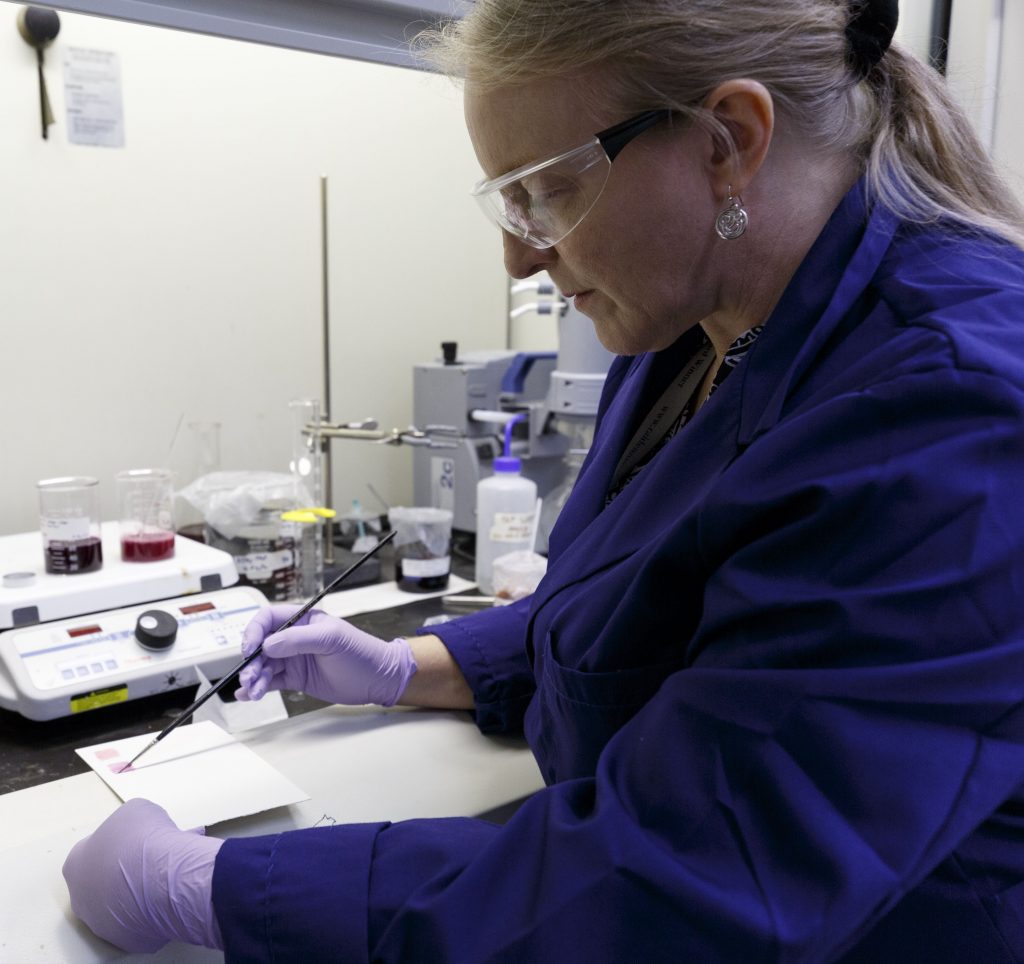 It’s a realm as exotic as it is mysterious. For centuries, tradesmen scoured the planet for anything that could be used to produce vibrant colors: bug guts, squid bones, shredded wood, hardened tree sap, walnut rinds, lye, tannic acid, iron sulfate, wine and, um, urine. Most of their recipes have been lost to time, and the ones that do survive are often wildly inaccurate. 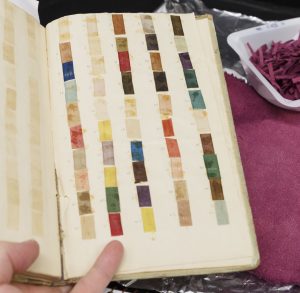 But re-creating these colors is critical. It’s part of a burgeoning field of research that seeks to understand both the history of these long-ago tradesmen and the future of the works they helped create. Historians want to re-create them to better understand worlds gone by. If a particular color used in an Italian medieval manuscript can be traced to India, for example, it helps document trade routes of the time. Preservationists, meanwhile, need to know the chemical composition of items in their care. Identifying colorants or substrates (linen, canvas, paper, cloth, etc.) with particular sensitivity to light, say, or that are composed of volatile organic compounds, may inform decisions about storage, exhibitions or conservation treatments.

“If you’re looking at something from the 15th century, there are going to be materials in that that nobody has used in 300 years, and you can’t just go online and order them,” Connelly Ryan says. “The detective work comes in looking at things that you can’t buy, that were never produced commercially, things that have long since replaced by less poisonous, less expensive or more chemically stable materials.” 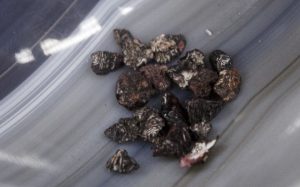 Which is why, in a lab in the Library’s Preservation Research and Testing Division, she takes out a mortar and pestle and begins grinding up … bugs. Specifically, the dried bodies of cochineals (ko-shih-NEALS), a cactus-loving insect that was once the crème de la crème of colorants for its deep, glorious shades of red. In pre-Columbian times, Mayan and Aztec societies used the carminic acid found in cochineals to dye rich fabrics. Spanish explorers were so smitten with the color that they shipped it back to Europe, where its scarlets shades created a sensation.

Today, Ryan shakes a small handful of dried cochineal (obtained from a specialty shop in New York at about $20 an ounce) into her mortar. They are tiny brown things and, it has to be said, not particularly impressive. “But as I grind them down, it turns red, right?” she says, offering a peek. 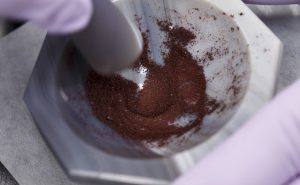 After a few minutes, the insects are reduced to a pinkish red powder. She pours this into a glass beaker, adds lye from a graduated cylinder and … presto.

“Look at that amazing purple,” she says, painting out a small square sample onto a swatch card.

This color sample takes its place among hundreds of others that she and her colleagues are making. These help match methods, paints and inks that were used to create priceless items in the Library’s collections.

In a different part of the lab, X-ray fluorescence tests are even more precise. These tests subject a pin-dot sample of a document or artifact to a high-energy X-ray beam, revealing the chemical signatures of individual ingredients. Multispectral imaging, meanwhile, done in another part of the lab, reveals markings on the page — watermarks, earlier writings that have been scraped off or written over — invisible to the naked eye. 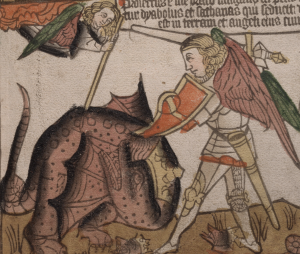 Stephanie Stillo, a curator in the Rare Book and Special Collections Division, is working with Ryan’s group to investigate a 1470s block book, “Apocalypsis S. Joannis” (the “Apocalypse of St. John.” The greens and reds and orange in the illustrations are shockingly vibrant more than 600 years after someone inked them in.

But block books — popular just after Gutenberg invented the printing press — are publishing enigmas. Today, few copies exist. Scholars know they were printed in Germany and the Low Countries. They know reverse-image wood-block carvings were used to imprint the images on rag paper. But that’s it.

The laboratory’s research into what the book is made of, however, is unlocking clues that have been hidden for centuries. Chemical analysis has revealed the brilliant orange is from a red lead. The deep green is copper based. The light maroon is from a brazilwood dye, made from a tree in southeastern India, not Brazil itself (those would come later). And multispectral imaging has revealed that the black ink is made from iron gall, not the more common carbon black.