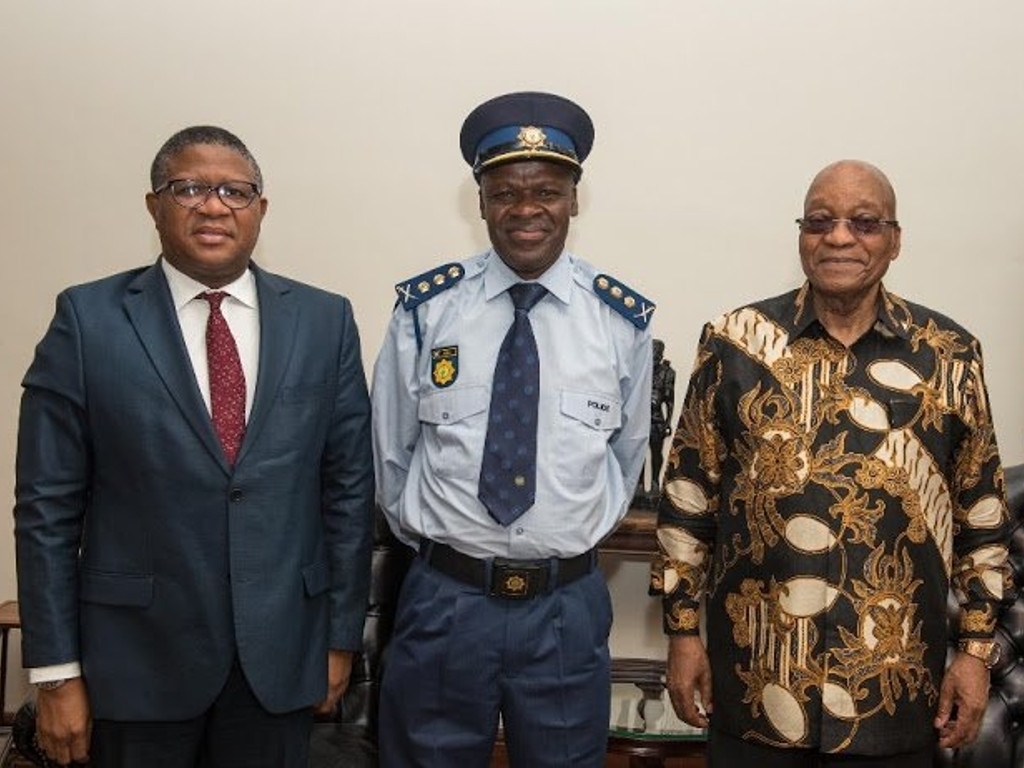 President Jacob Zuma on Wednesday announced that General Khehla Sitole has been appointed to the position of national Police Commissioner.

President Jacob Zuma on Wednesday announced that General Khehla Sitole has been appointed to the position of national Police Commissioner.

Sitole replaces Riah Phiyega, who was suspended two years ago. The South African Police Services has been without a permanent leader since then.

Police Minister Fikile Mbalula has welcomed Sitole's appointment, saying that his experience will be invaluable in the SAPS' fight against crime.

"I think President Zuma went for experience and went for a career policeman in order to bring about stability and consolidate the police organisation in the fight against crime," Mbalula said.

Sitole previously served as the Divisional Commissioner for the Protection and Security Services.

His appointment, however, has not come without controversy.

The Institute for Security Studies (ISS), while welcoming the filling of the position, criticised the selection process, saying that the country was still at the mercy of the president.

"While we welcome an experienced police officer to lead the SAPS, the fact that we do not have the benefit of a rigorous appointment process leaves South Africans at the mercy of President Zuma’s judgement, for which the track record is not great," head of justice and violence prevention at the ISS, Gareth Newham, said.

Sitole has been with the SAPS since 1986, and served as the Police Commissioner of the Free State in 2011 and as deputy national commissioner in 2013.