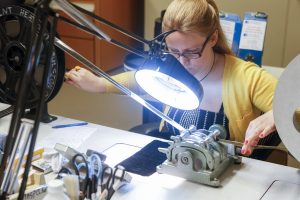 This is a guest post by Gayle Osterberg, director of the Office of Communications.

The advent of recorded sound and moving images has enriched our lives beyond measure. We have heard the voices of presidents and shared the beauty of piano concertos. We have watched tragedies unfold worldwide, and in our own backyards. We’ve been transported by movies that captivate, beguile, frighten and inspire. We have absorbed voices of affirmation, division, satire and song. In short, we have come to understand our world a little bit better.

The Library is home to more than 5 million audiovisual works, including more than 3.6 million sound recordings and more than 1.7 million film, television and video recordings, representing more than a century of audiovisual production. They include newsreels, popular song, independent film, early field recordings, blockbuster movies—every type of recorded sound and moving image you can think of.

Collecting and preserving these works—each one a mini time capsule—is an enormous mission. As technology continues to evolve, so must collecting and preservation practices. And as the volume of these creations intensifies, it really does take a community of individuals and institutions to make sure future generations will be able to access these windows into 20th-century—and now 21st-century—life.

The Library this week is hosting multiple events focused on celebrating and furthering these efforts, in collaboration with some of our preservation partners, and we invite you to follow along in a few different ways.

More about what is happening at the Library this week:

The American Film Institute this week celebrates its 50th anniversary, and we are so grateful for its partnership over the years. AFI was founded as a national organization to focus attention on film preservation, to actively seek motion picture materials in need of preservation and to work in partnership with existing archives—like the Library of Congress—to secure permanent homes for these national treasures.

The Library’s collection includes more than 37,000 titles acquired in collaboration with AFI. These collections include original nitrate negatives and masters from major studios such as Columbia, RKO and Universal. Classics from early days of American film are among these collections: “Citizen Kane,” “It’s a Wonderful Life,” “The Birth of a Nation,” “All Quiet on the Western Front”—to name a scant few.

The collection also features an important corner in film history: films with all-black casts, originally intended for black audiences. These collections span 1918–1955 and range from drama to musical variety shows. The Library has partnered with Kino Classics to provide restored versions of many of these films to modern-day audiences. 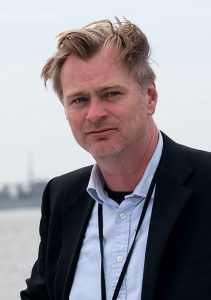 Also this week, the Library hosts celebrated filmmaker Christopher Nolan for a special conversation with Librarian of Congress Carla Hayden. Nolan is a member of the National Film Preservation Board and has been outspoken on the importance of film in our cultural history.

On Friday, two events at the Library will be live-streamed and offer a window into radio preservation and the history and impact of public broadcasting.

The ephemeral nature of radio, the lack of technology to preserve early broadcasts, neglect, emerging audio formats and underrepresentation of diverse genres are contributing factors in the crisis facing the preservation of America’s radio heritage. More than 300 of the nation’s top scholars and archivists will gather in and around Washington, D.C., throughout the week to address the state of radio preservation and what steps can be taken.

On Friday, the Library joins our partner in the American Archive of Public Broadcasting, WGBH, in presenting four hours of programming celebrating the pioneers of public television with “Preserving Public Broadcasting at 50 Years.” The event will feature Cokie Roberts, Judy Woodruff, Jim Lehrer, Dick Cavett and many of the founders of classic public programming, including David Fanning (creator, “Frontline), Hugo Morales (co-founder, Radio Bilingüe), Bill Siemering (co-founder, creator of “All Things Considered) and many more. 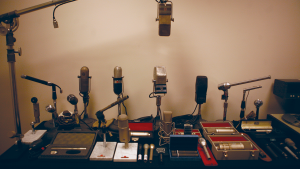 A selection of radio microphones. Photo by Shawn Miller.