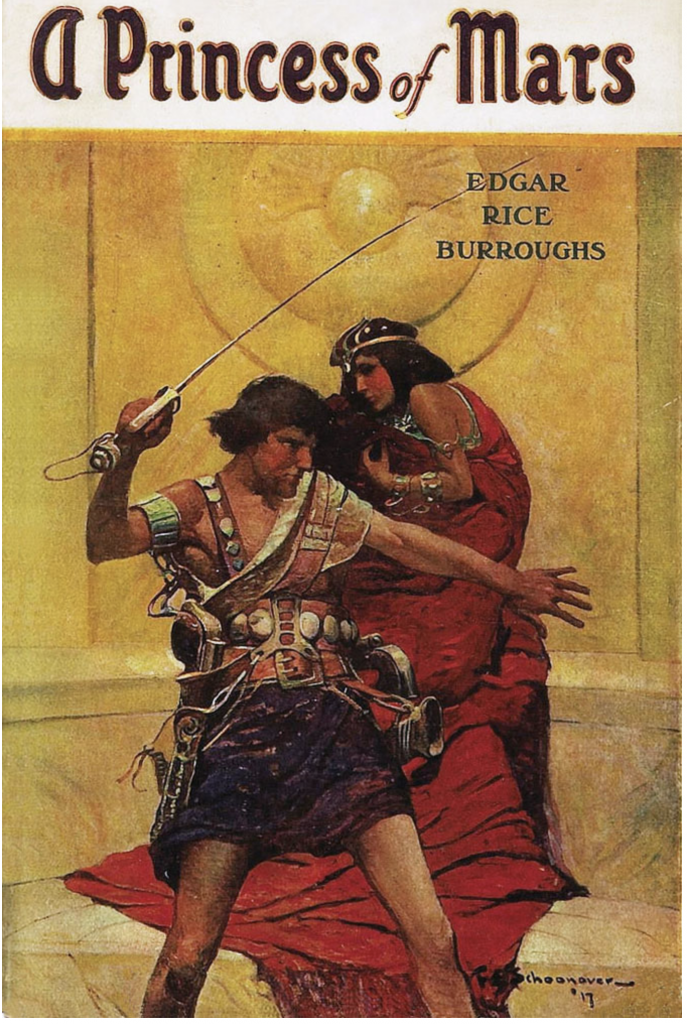 Children’s Book Week is 100 years old this year, and there are a lot of cool things to do and see at your favorite national library. Here, let’s check out a handful of insanely popular titles that kids were reading in 1919, when the very first book week was launched. This is particularly fun because all of these are FREE on our website.

A century ago, the population of the U.S. was less than a third of what it is now (106 million), large parts of the country were without electricity, indoor plumbing or even the illumination to read by. Not only did people still look up when they saw an airplane go overhead, virtually no one had seen an airplane go overhead. World War I had ended, but the Roaring Twenties hadn’t started. It would be nearly a decade before movies had sound. It was an era of long silences and quiet nights; when reading words printed on paper was still the dominant means of mass entertainment.

Let’s jump right in with some extraterrestrial adventure that starts in…Virginia. Well, of course. Where else would you start your interplanetary travel?

This is “A Princess of Mars,” the first adventure of John Carter, in which a southern gentleman escapes the depressing aftermath of the Civil War by heading for a gold mine in Arizona and winding up on Mars. It could happen to anyone. Complications ensue.

Chicago native Edgar Rice Burroughs created Carter in a magazine serial in 1912, the same year he created Carter’s more famous counterpart, John Clayton, aka Tarzan. (Burroughs’ prodigious imagination did not seem to apply in picking names for his heroes.) “Princess” was published as a full novel in 1917, was a runaway success, and nine more books followed. If he wasn’t the Lord of the Apes, he was still kind of a big deal.

Burroughs opens the book, writing as himself, in the foreword. He makes the (fictional) claim that he was a boy of five, living in antebellum Virginia, when the dark, handsome Carter showed up at the family homestead, a great friend of his father’s. (It is a jolt when he casually says that his family owned slaves.) Carter is a manly man, a first-rate charmer. But then the war breaks out and nobody sees Uncle Jack for 15 years or so. When he returns, there is something curious about him — he does not appear to have aged. Carter moves to a beautiful cabin on a bluff overlooking the Hudson River in New York. In 1886, he sends an urgent message to Burroughs, summoning him to come at once. But by the time Burroughs arrives, Carter is dead. The body was found in a snowy field, with no marks of violence, arms outstretched to the heavens.

Burroughs is to surprised to learn that he is to receive all of Carter’s wealth, provided he carry out one spectactularly peculiar final request: He must take Carter’s corpse back to Virginia and place it inside an open coffin in a pre-constructed, ventilated burial chamber. The mausoleum has a gold-plated spring lock that can only be opened … from the inside.

That’s the first few pages. Not bad, not at all. Then you get to go to Mars. And, as our illustration documents, Carter swashbuckles his way across the red planet with a kilt and a really big belt. Love. 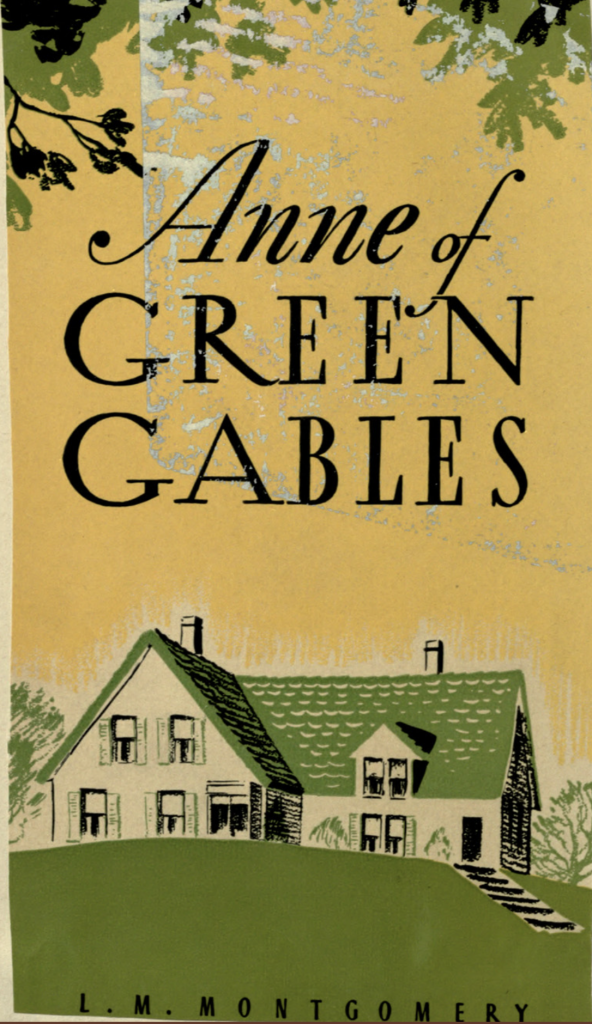 Long before Little Orphan Annie was everyone’s favorite 11-year-old red-headed orphan, everybody’s favorite 11-year-old red-headed orphan was the loquacious Canadian, Anne Shirley. She’s better known as “Anne of Green Gables,” she predates her comic counterpart by 16 years, and since Lucy Maud Montgomery’s brought her to fictional life in 1908, more than 50 million readers have gulped down her adventures in some three dozen languages.

There are no monsters or extraterrestrials and not even a princess in this one. It’s 1874, and Green Gables is a quiet little spot in a quiet little corner of Prince George’s Island, just off the coast of the Gulf of St. Lawrence. In this sleepy stretch of farmland, Matthew and Marilla Cuthbert, an aging brother and sister, tend a farm. They have agreed to adopt a strapping boy from a Nova Scotia orphanage. He’ll get a new home; they’ll get a farmhand.

Except there’s a mistake in the orphanage shipping department, because it’s slender, bony Anne who gets off the train! Matthew is just fine with this. Marilla, though, wants to send Anne packing back to the orphange for a gender-based exchange.

Literary history is relieved that she didn’t, for its Anne who gives the Cuthberts new life, the little town of Avonlea a new spark and generations of readers a new friend. Two world wars have come and gone, airplanes and spaceships, cell phones and Netflix, and still Anne has been there all these many years, waiting to play by the creek.

The final line — ” ‘God’s in his heaven, all’s right with the world,’ whispered Anne softly” — reads more like a benediction as the years pass, a gentle ode to a quiet corner of the world, tucked in just so. 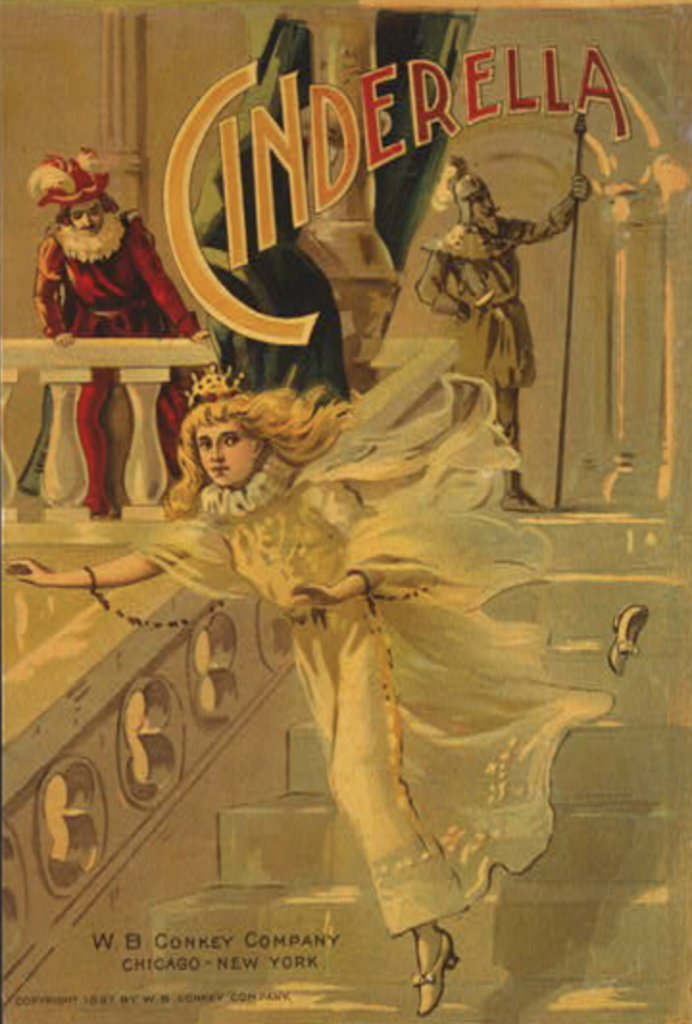 Generally, when a woman loses a brand new shoe on her way out of a really hot party, as Cinderella does here, bad things happen. She is grumpy the entire way home, the good vibes vanish, and the remaining shoe is likely to be thrown, at the very least, at or in the closet.

This is short, perfect for a bedtime story, and an excellent reminder that very little in life beats a fairy godmother with a keen sense of sartorial style. 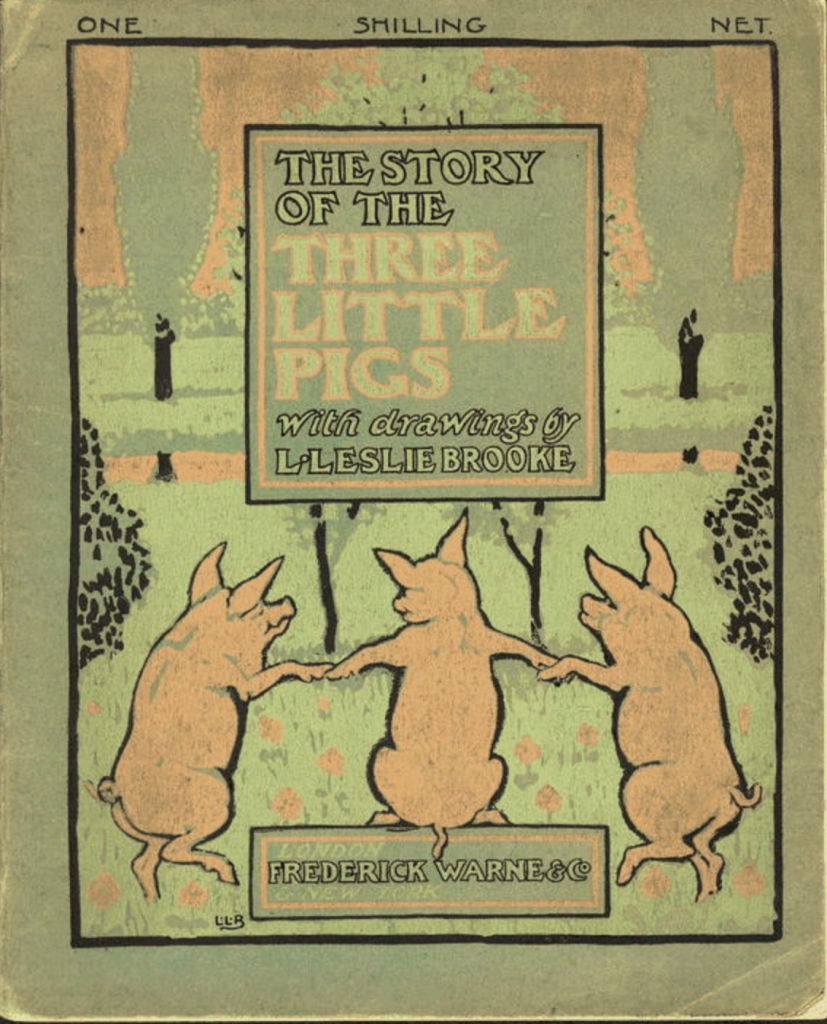 Wolves have a hard time of it in kid lit, let’s be honest.

From “Little Red Riding Hood” to “The Story of the Three Little Pigs,” the wolf is always sharp of tooth but not of mind. (Cross-dressing as a little old lady? Who does that?)

But you can’t have a selection of kids’ stories without a big bad wolf (or a dark forest), and, besides, “Pigs” is one of the all-time champs for adults who like to make ridiculous narrative voices while reading bedtime stories. There’s the basso profundo joy of “Or I’ll huff and I’ll puff and I’ll bbbbllllooooow your house in!” and the falsetto delight of “Not by the hair of my chinny chinny chin!”

This 1904 retelling, published by the Frederick Warne Co. with illustrations by Leslie Brooke, highlights the benefits of solid home construction and the perils of working with cheap contractors, messages as modern as anything you’ll hear on HGTV.