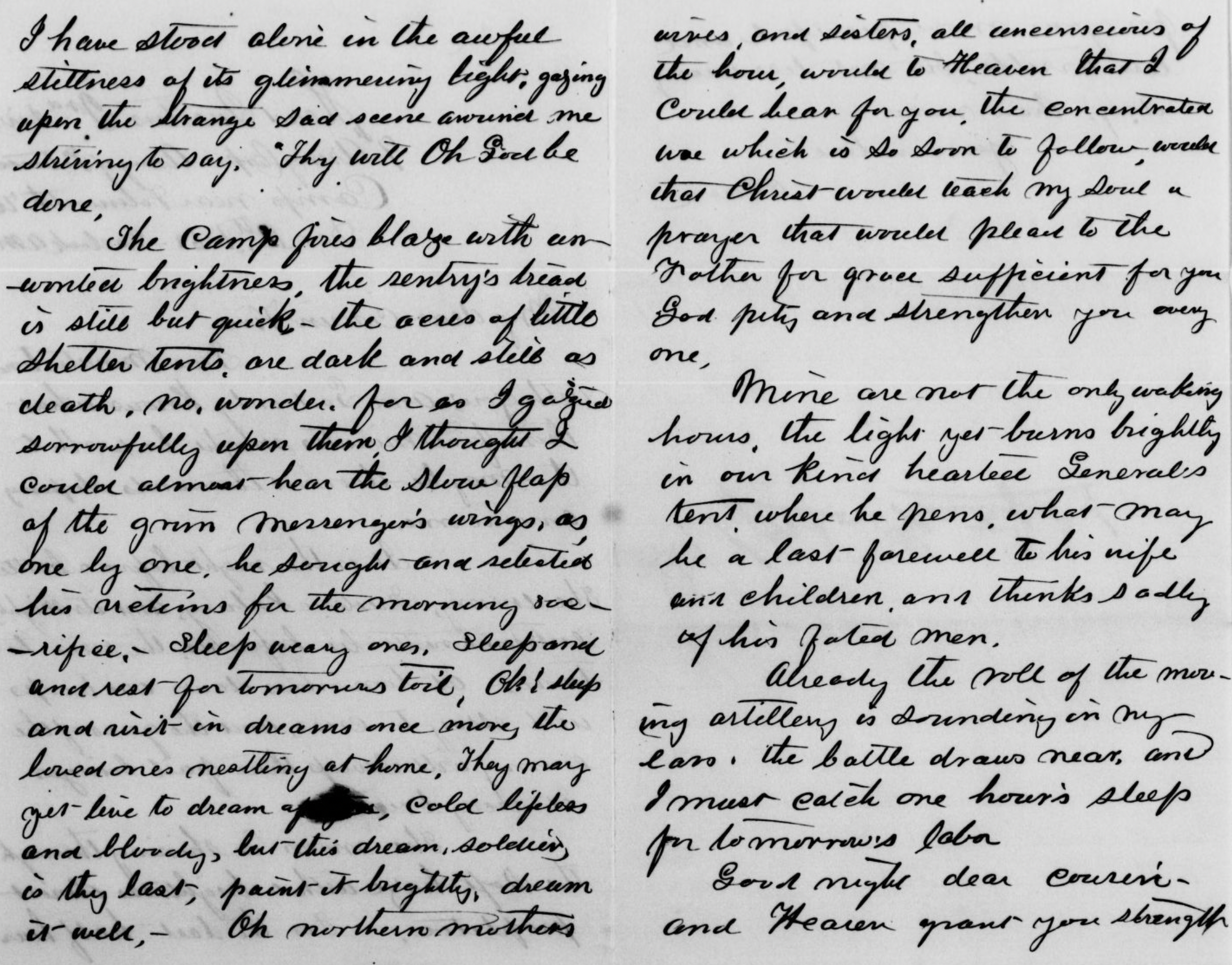 Civil War nurse Clara Barton traveled to Falmouth, Virginia in December 1862, anticipating another bloody battle and a crush of wounded men needing medical assistance. Shortly before the December 13th battle of Fredericksburg, Barton gazed out over the tents and campfires of the Union troops in the Army of the Potomac. She imagined she “could almost hear the slow flap of the grim messenger’s wings, as one by one, he sought and selected his victims for the morning sacrifice.”

“Oh! sleep and visit in dreams once more, the loved ones nestling at home,” she silently willed the soldiers. “They may yet live to dream of you, cold lifeless and bloody.”

Barton’s fears proved accurate for the Union, which in defeat suffered more than 12,000 casualties. Among the deceased was Lieutenant Edgar Marshall Newcomb of the 19th Massachusetts Infantry. Barton recorded Newcomb’s (which she also spelled “Newcome”) death on December 20 in a pocket diary she kept while tending the wounded at a Union hospital established at Lacy House in Falmouth. According to comrades, Newcomb had been shot in both legs while carrying the national flag during a charge on December 13. 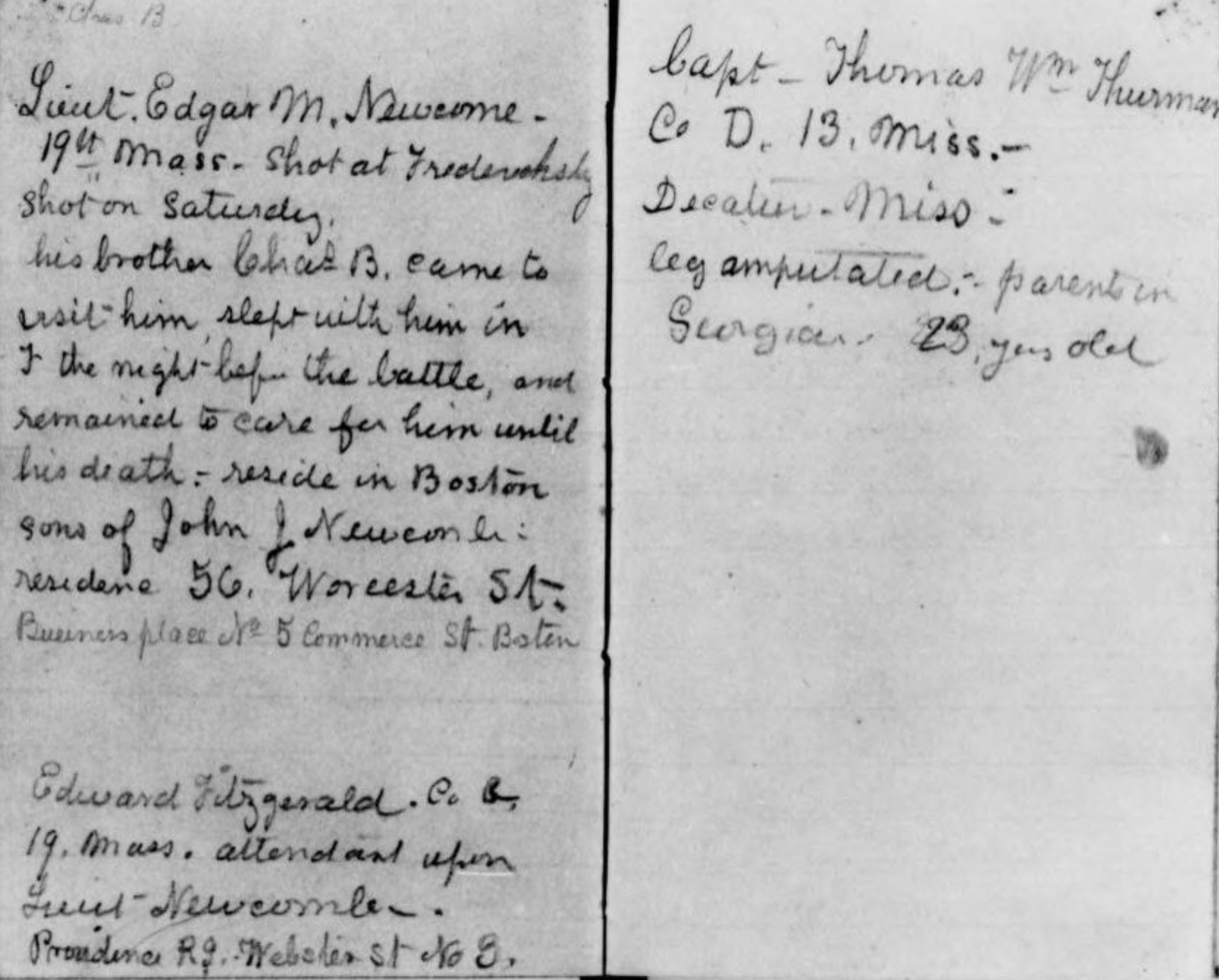 Unlike many of his comrades, who died alone on the battlefield, or surrounded by strangers in a field hospital, Barton noted that Newcomb saw familiar faces in his final days. Edward Fitzgerald, a comrade in the 19th Massachusetts, tended to the 22-year-old lieutenant, and Newcomb’s brother, 17-year-old Charles, had arrived for a visit before the battle and “remained to care for him until his death.” By Civil War standards, Newcomb’s passing counted as a “Good Death” in Victorian terms, with the deceased attended by friends and family, and able to express parting words.

Newcomb was buried at Mount Auburn Cemetery in Cambridge, Massachusetts. 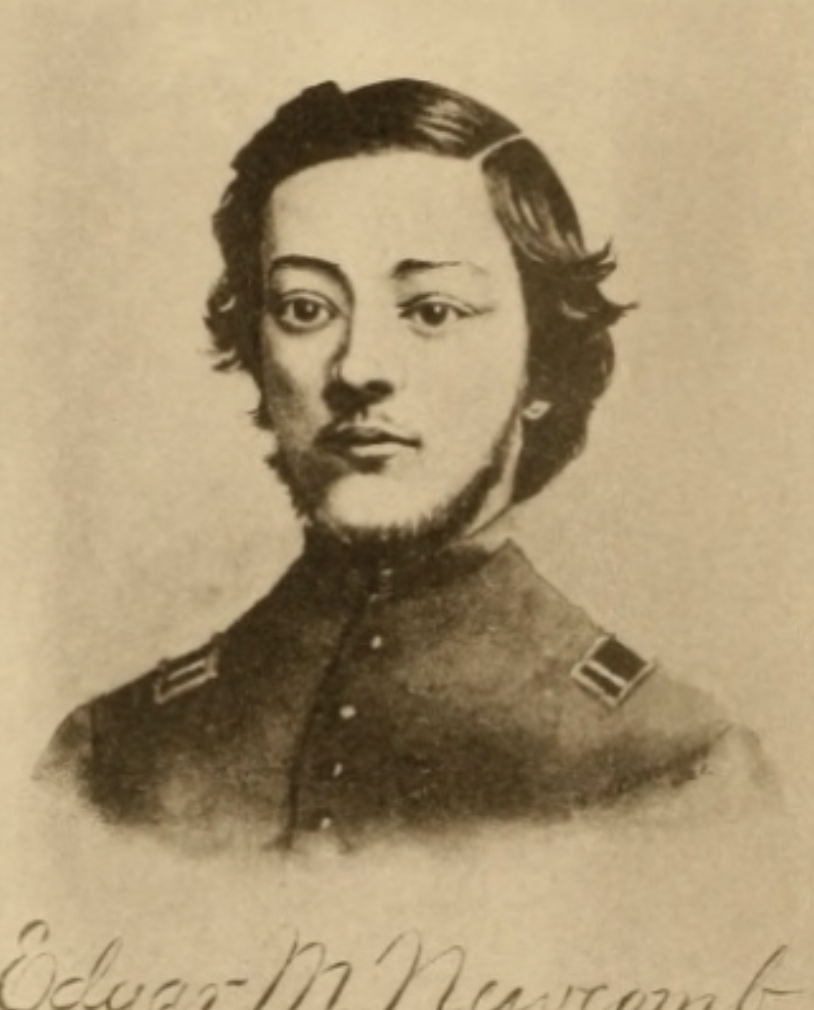 His memory, however, lived on long after the Civil War. In 1883, Dr. A. B. Weymouth published a memorial sketch of Lieutenant Newcomb’s life and wartime letters. The book confirmed Barton’s presence at Newcomb’s deathbed, standing in for his mother as his mind wandered at the end.

Years later, Charles revisited the scene of his brother’s death at Lacy House. “It was an affecting scene to see him kneeling over his brother’s blood, which still remains on the floor,” remembered the new owner’s son, “and can never be erased.”