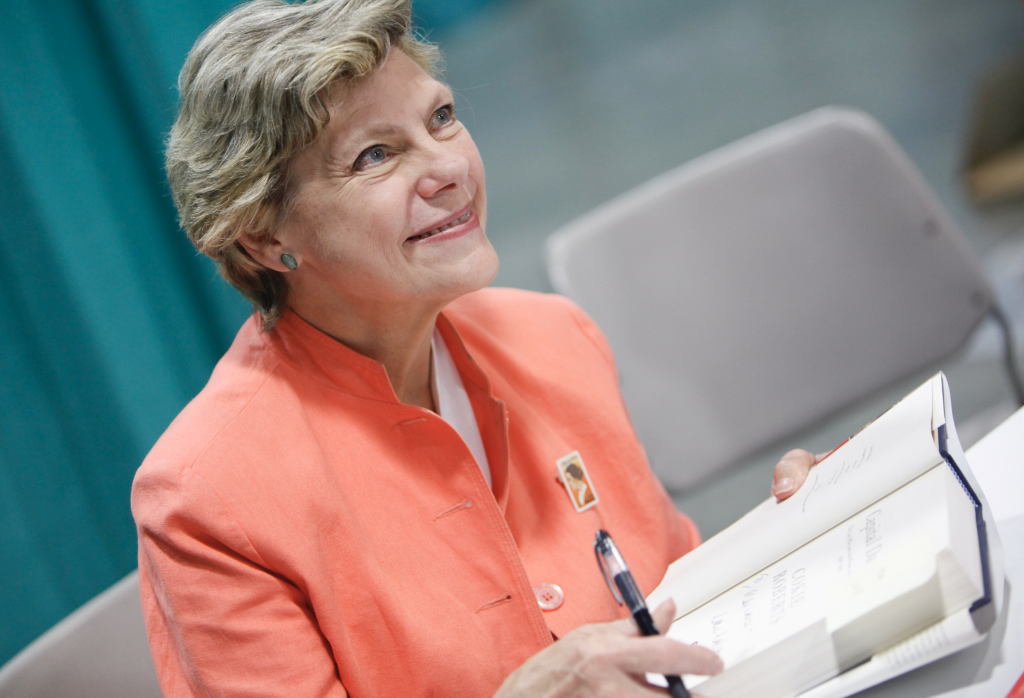 Cokie Roberts, the broadcaster, journalist and best-selling author whose multimedia work was a vital part of Washington reporting, died this morning from complications of breast cancer. She was 75.

Her political commentary work for ABC News, NPR and PBS, along with her numerous books about women in history, were part of the firmament of Capitol Hill for a generation. The Library named her a Living Legend in 2008, and her work with the Library, particularly her frequent appearances at the National Book Festival, made her one of the Library’s most ardent supporters.

“On behalf of the Library of Congress staff, we want to send our condolences to the family and friends of Cokie Roberts,” said Librarian Carla Hayden. “Cokie had a passion for storytelling and this nation and it reflected on the stories she told and the books she wrote. As a historian and a journalist, she was a frequent patron of the Library who relished using the collection and sharing it with her audience. She will be deeply missed.”

Mary Martha Corinne Morrison Claiborne Boggs was born in 1943 into a political family — her father was Thomas Hale Boggs, the former Democratic House majority leader and representative from New Orleans. 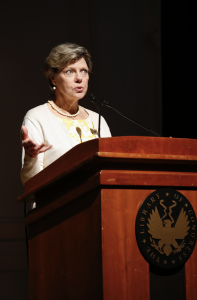 Roberts, speaking at a Library event in 2016. Photo: Shawn Miller.

In 1972, he was campaigning for a colleague in Alaska when the pair’s small plane went missing in foul weather. A massive 39-day search turned up nothing, and no wreckage has ever been found. Hale’s wife, Lindy, was elected to fill his seat, and served until she retired in 1991.

Roberts, nicknamed “Cokie” as a child, got a degree in political science from Wellesley College, but chose broadcasting instead of politics as a career. She married fellow journalist Steve Roberts in 1966 — he worked for years at The New York Times — and the couple was married in Bethesda. More than 1,000 people attended the ceremony, including then President Lyndon Baines Johnson. They had two children.

“We will miss Cokie beyond measure, both for her contributions and for her love and kindness,” her family said in a prepared statement.

Her 50-year career encompassed everything from local outlets to national network broadcasts. She began covering Capitol Hill for NPR in 1978, before gravitating to television in 1988. With Sam Donaldson, she co-anchored ABC’s “This Week” from 1996 to 2002, going on to a long career as a political correspondent and commentator. The Broadcasting and Cable Hall of Fame placed her in its ranks, and American Women in Radio and Television named her as one of the 50 greatest women in the history of broadcasting.

Her love of reading and writing led to her long affiliation with the Library. Most of her books dealt with women in U.S. history, and included bestsellers such as “Capital Dames,” “Founding Mothers” and “Ladies of Liberty.” She appeared often at the National Book Festival and at other Library events, a bright, engaging presence onstage and off.

“She was a stalwart supporter of the festival since its inception,” said Marie Arana, literary director of the festival, “both as a featured author and a champion of the fundamental values of a reading culture.” 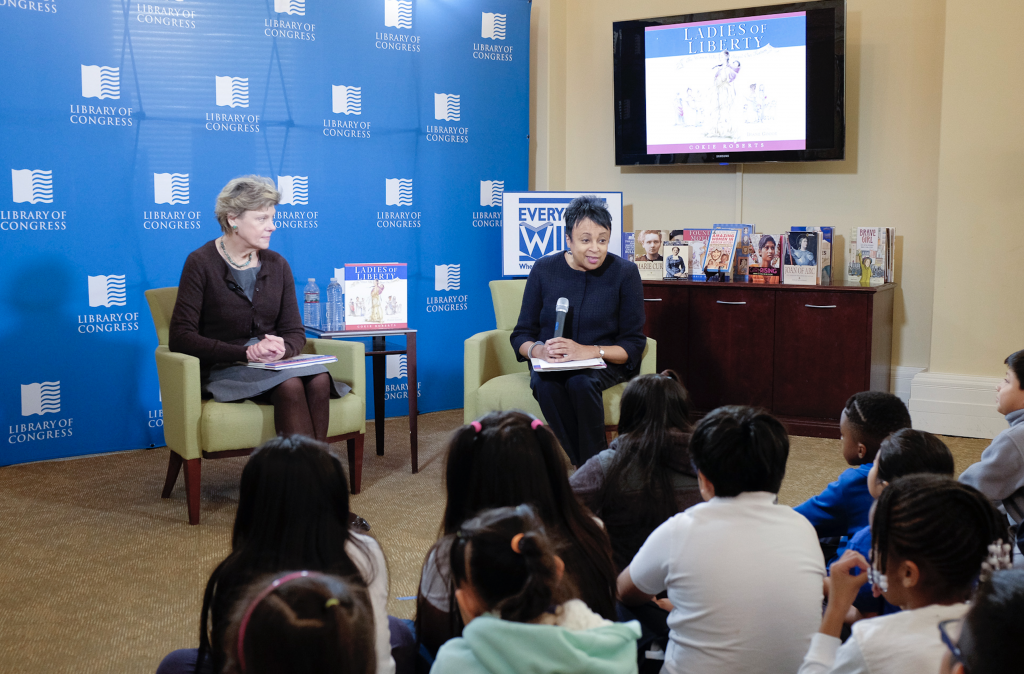 Cokie Roberts and Carla Hayden discussing the children’s edition of “Ladies of Liberty” with a rapt audience at the Library in 2017. Photo: Shawn Miller.

“The (Library) is one of the fundamental institutions of American society,” she said in an interview after the ceremony, “and the group of poeple with whom I was being honored are such stalwart people in their fields, it was incredible to me that I was on the same platform with them.”

Her work never stopped. The National Archives Foundation announced her as its 2019 Records of Achievement Award recipient, the highest honor that the agency bestows. She was to accept the award at a November gala.