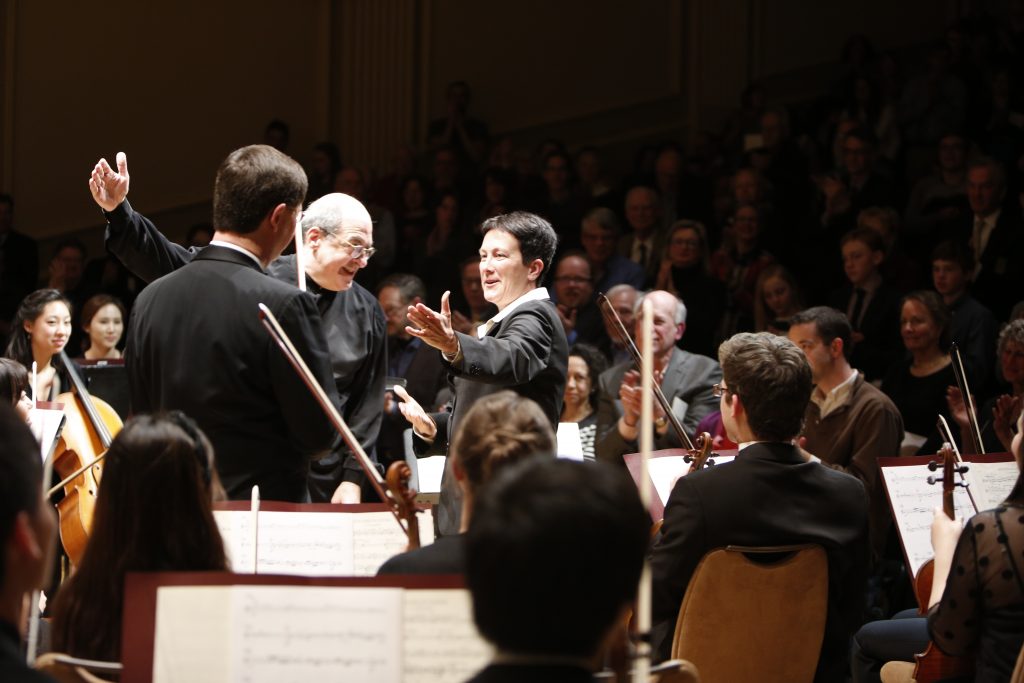 The Library of Congress is delighted to report that a composition it co-commissioned won a 2018 Grammy Award: Jennifer Higdon, acclaimed composer of contemporary classical music, accepted the award in Madison Square Garden in New York on January 28 for “Viola Concerto.” The Library co-commissioned the work from Higdon with the Curtis Institute of Music, the Aspen Music Festival and the Nashville Symphony for the 90th anniversary season of Concerts from the Library of Congress.

Commissioned in honor of Elizabeth Sprague Coolidge, “Viola Concerto” premiered in the Library’s Coolidge Auditorium on March 7, 2015. Robert Spano conducted the Curtis Chamber Orchestra, and Roberto Díaz performed on the Tuscan-Medici viola, made by Antonio Stradivari in 1690. It is on long-term loan to the Library. The debut recording of “Viola Concerto,” performed by Díaz with the Nasvhille Symphony conducted by Giancarlo Guerrero, won the Grammy for the Best Contemporary Classical Composition. 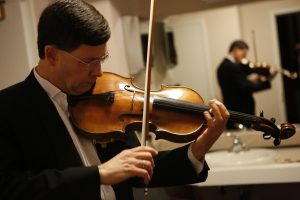 Roberto Díaz warms up on the Tuscan-Medici viola backstage at the Coolidge Auditorium before the premiere of “Viola Concerto.” Photo by Shawn Miller.

“This project was a wonderful way to honor the Library’s impressive nine decades as a concert presenter, and also to spotlight the 325th birthday of the Tuscan-Medici. It’s a truly magnificent instrument, made for the Grand Duke of Tuscany, Ferdinando de’ Medici,” says Anne McLean, senior producer for concerts and special projects and the Library.

The commission was made possible thanks to generous support from the family of Jane and Cameron Baird and from John J. Medveckis of the Library’s James Madison Council. The Musical Fund Society supported the participation of the Curtis Institute.

This was not Higdon’s first Grammy Award. Her “Percussion Concerto” won the Grammy for Best Contemporary Classical Composition in January 2010. Higdon also received the 2010 Pulitzer Prize in Music for her “Violin Concerto.”

The Washington Post has described Higdon as a “savvy, sensitive composer with a keen ear, an innate sense of form and a generous dash of pure esprit.” Her music has been performed throughout the world, and she has more than 60 CDs to her name. Her orchestral work, “blue cathedral,” is one of the most performed contemporary orchestral compositions by a living American.

Higdon’s Grammy win was not a first for the Library of Congress, either. The Recording Academy presented the Library with a special Grammy Award in 2013 in recognition of its work in preserving historic audio recordings.

Over the years, the center’s archives have inspired multiple Grammy nominations and wins, among them Bruce Springsteen’s 2007 Grammy for best traditional folk album for “We Shall Overcome: The Seeger Sessions.” Springsteen interpreted folk music songs made popular by famed folk musician Pete Seeger, who learned many of the songs as an intern at the folk archive in the 1930s.

Scroll down to view the webcast of the 2015 premiere of “Viola Concerto” in the Coolidge Auditorium and a preconcert interview of Higdon.