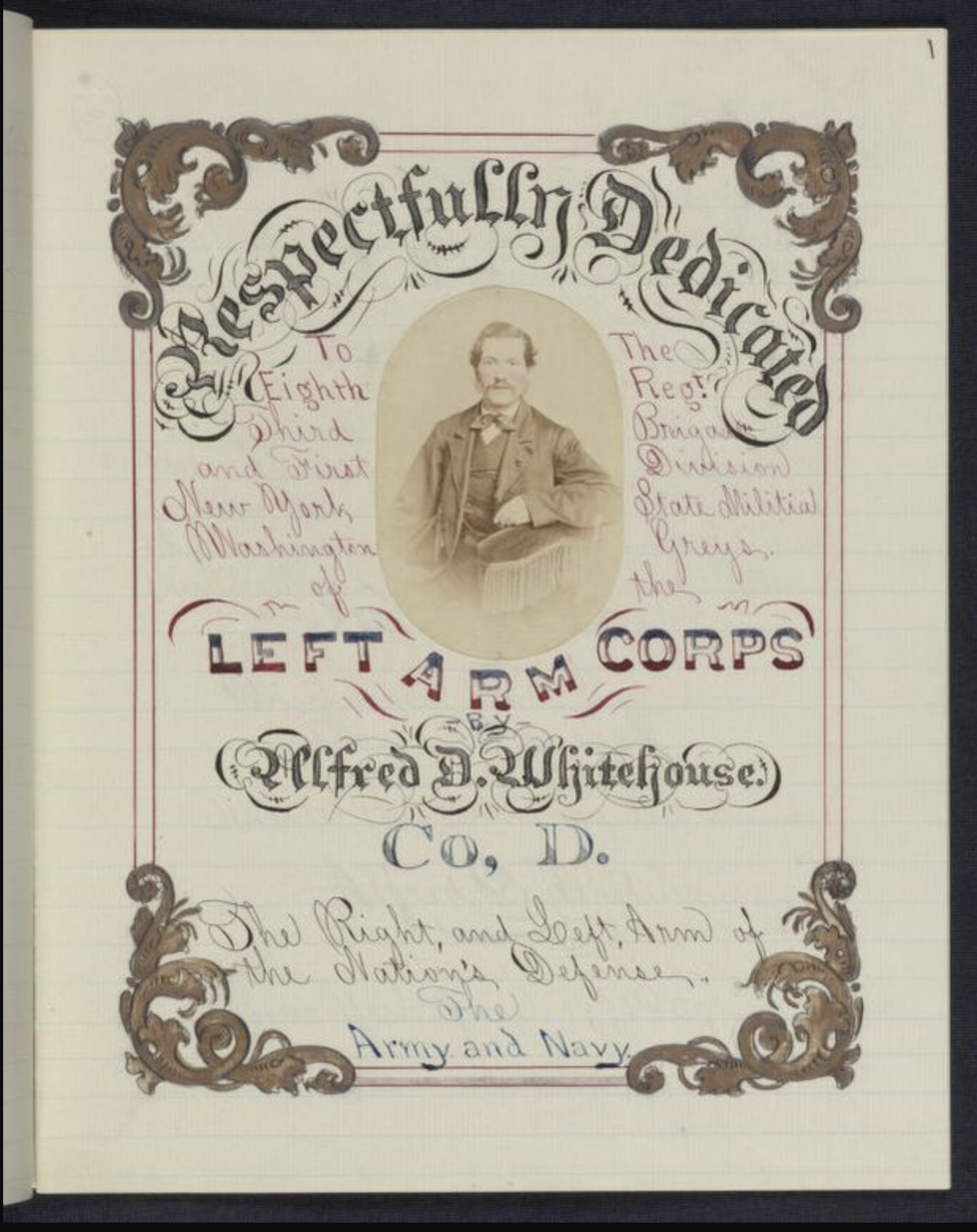 By the People, the Library’s crowdsourcing transcription project, is rallying readers to complete 500 pages from the “Civil War Soldiers: Disabled but not disheartened” campaign before Memorial Day. These were gathered by journalist and chaplain William Oland Bourne as part of a left-handed penmanship competition for Union soldiers who had lost their right hand or arm during the conflict. Here, Michelle Krowl, a historian in the Manuscript Division, writes about one of the soldiers in Bourne’s penmanship contest.

“It was a day long to be remembered by those engaged in it, and by millions of liberty loving people,” Private Alfred D. Whitehouse recalled of the first battle of Bull Run near Manassas, Virginia, on July 21, 1861. That day certainly changed Whitehouse’s life – he suffered a wound that led to the amputation of his right arm and the end of his military service.

Born in 1839 in London, Whitehouse immigrated to the United States in 1849. His family settled in New York City, where Whitehouse became a sign painter. In February 1859, he enlisted in Company D, 8th Regiment New York State Militia, known as the “Washington Grays.” Upon the outbreak of the Civil War in April 1861, Company D marched south, first to Annapolis and Baltimore, then to the Kalorama section of Washington, where the men mustered in as three-month recruits. Few people on either side of the war anticipated the conflict would last longer than that. Company D soon joined General Irwin McDowell’s forces, aiming to drive Confederate forces under General P. G. T. Beauregard from Manassas Junction. 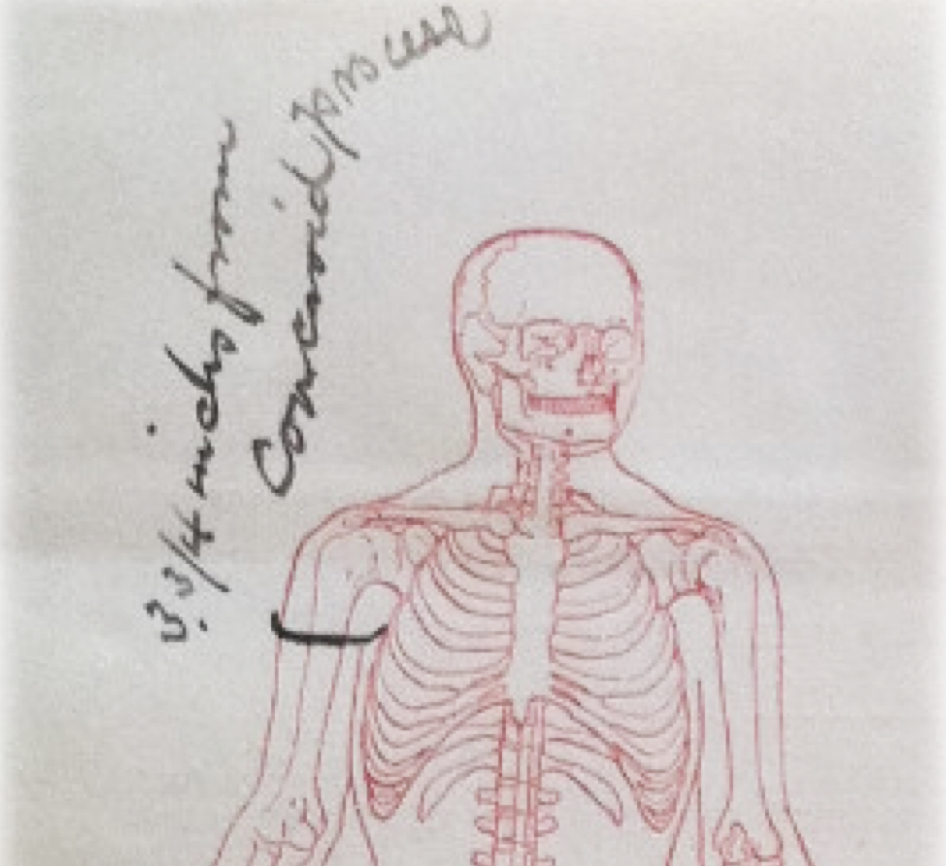 On July 21, “a beautiful Sunday morning, calm, and serene, to [sic] sacred to be disturbed by the horrid din of battle,” Whitehouse remembered, Federal and Confederate forces clashed in the first major land battle of the Civil War. It resulted in the rout of the Union army. Around 3 p.m., a minie ball pierced Whitehouse’s right arm about two inches above the elbow. He was taken prisoner by the Confederates and transported to Richmond. Surgeons amputated his right arm so near the shoulder that he could not wear an artificial arm.

Following his parole in October 1861, Whitehouse returned to New York City where he was discharged for disability in November. After having given his right arm to save the Union, Whitehouse became a naturalized U.S. citizen in December 1861.

His war now over, Whitehouse secured a government pension for his war wound, married his wife Mercy, returned to sign painting and mastered left-handed penmanship. When Bourne’s The Soldier’s Friend newspaper sponsored left-hand penmanship contests in 1866 and 1867 for previously right-handed disabled veterans, Whitehouse entered both contests. His first essay, awarded a twenty-dollar prize for ornamental penmanship, recounted his military service and feelings about the war effort.

“I thank God who hath spared my life, to see Victory and Peace,” he closed his essay, “although at a terrible sacrifice.” His more ornate second entry included his photograph and poetry, the theme of one poem urging Americans to give disabled veterans “work that we can do.” 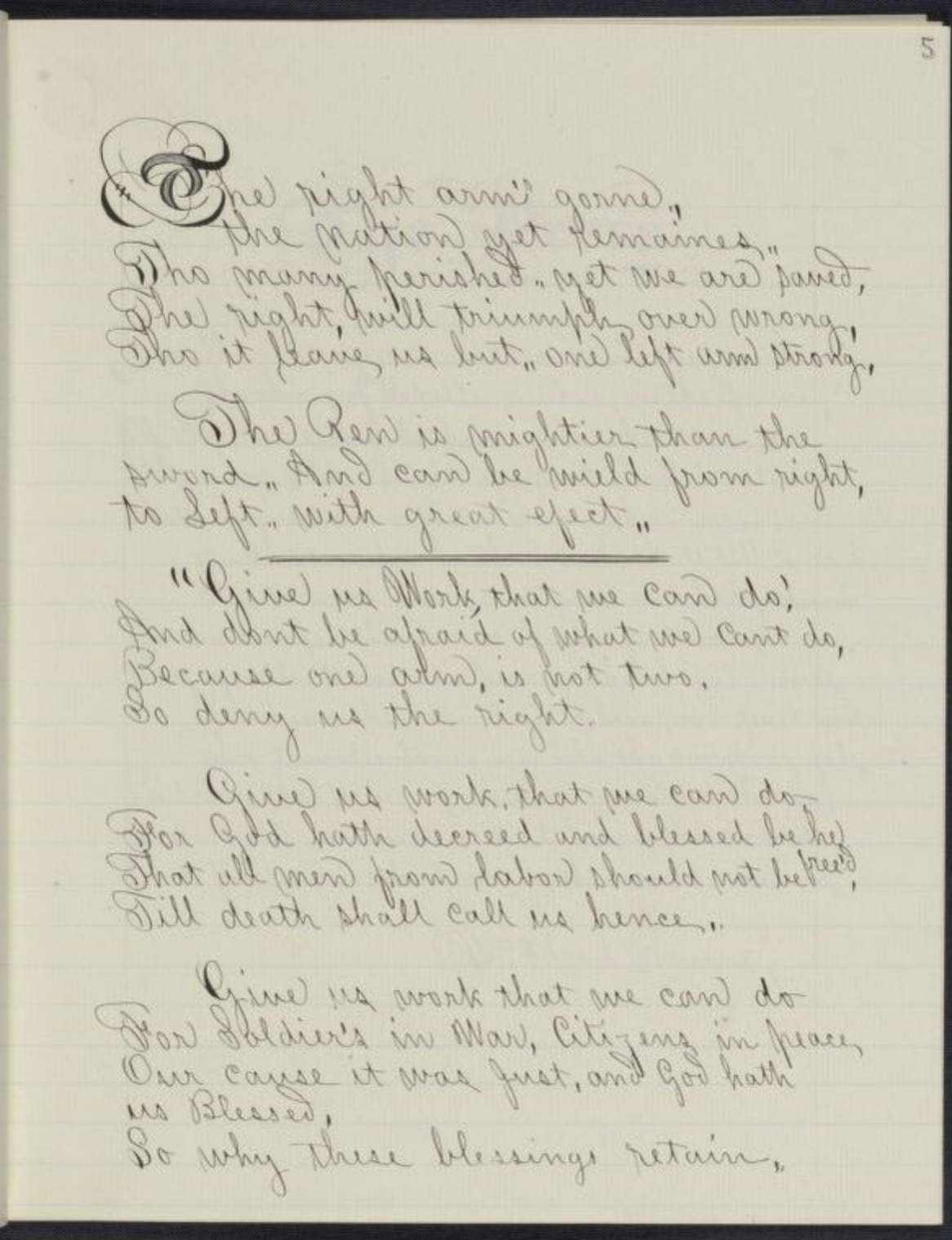 Government records, city directories, and other sources document that Whitehouse continued to make a living with sign painting and civil service positions (clerk, watchman) in the New York City area. He and Mercy had six children, four of whom lived to adulthood. Mercy died in January 1919, and Alfred followed his wife of nearly fifty-four years the following month. They are buried in Green-Wood Cemetery in Brooklyn, New York.