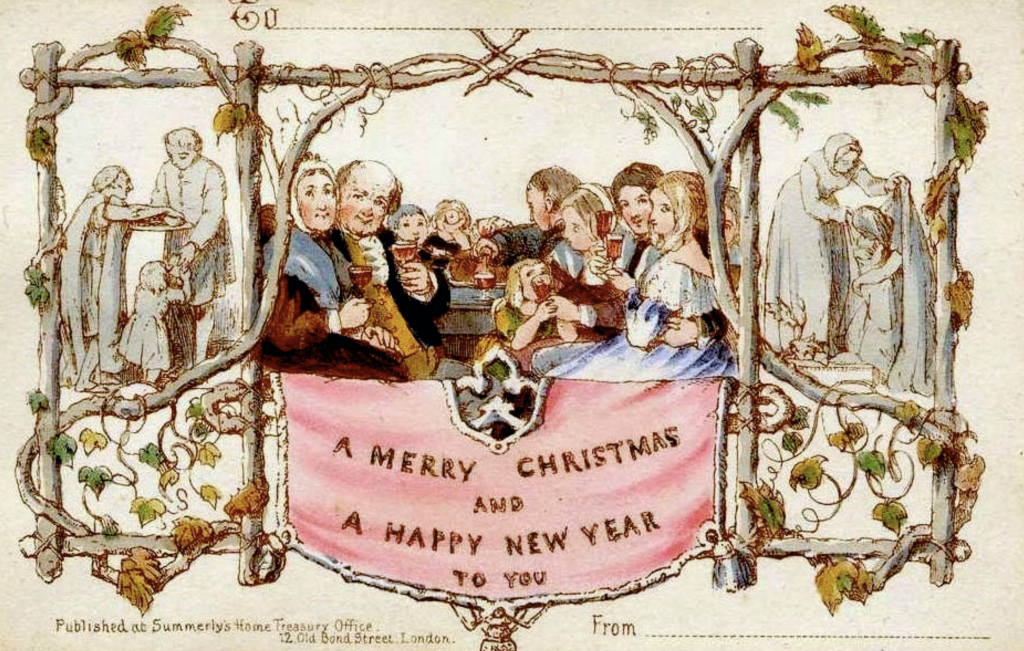 This bit of Christmas cheer was written for the Library of Congress Magazine by intern Jacqueline Cerda. It has been adapted and expanded for this blog.

Hustling after Christmas presents, sending season’s greetings to all the lovely people on your list – well, honestly, it can wear a body down.

So let’s take a moment to send a little holiday cheer out in memory of ye merry olde Henry Cole, the British civil servant and patron of the arts who, in 1843, created the commercial Christmas card. It was, by coincidence, the same year that Charles Dickens published “A Christmas Carol.” The two creations, and the iconography they inspired, went a long way to establishing the Victorian concept of Christmas, which, in turn, we now regard as the “traditional” Christmas.

Cole, born in 1808, was the son of a military man. After his formal education, he took clerk and government jobs while befriending artistic, high-minded sorts, including the philosopher John Stuart Mill. By the time Cole was in his 30s, he was spending a large part of each December dashing off one Christmas letter after another. This got a be a considerable drag on his energies, if not his holiday cheer. A man of action, he commissioned friend and illustrator John Calcott Horsley to design a card that would express his cheerful sentiments to all and sundry.

Horsley came up with an image of three generations of a family celebrating with food and drink, along with panels illustrating Christian charity. The message: “A Merry Christmas and a Happy New Year to You.” The card also included blank lines where Cole could fill in the name of the recipient and his as the sender. (One might notice that the mom appears to be giving her child a rather large glass of wine, but let’s not tut-tut about that now.) 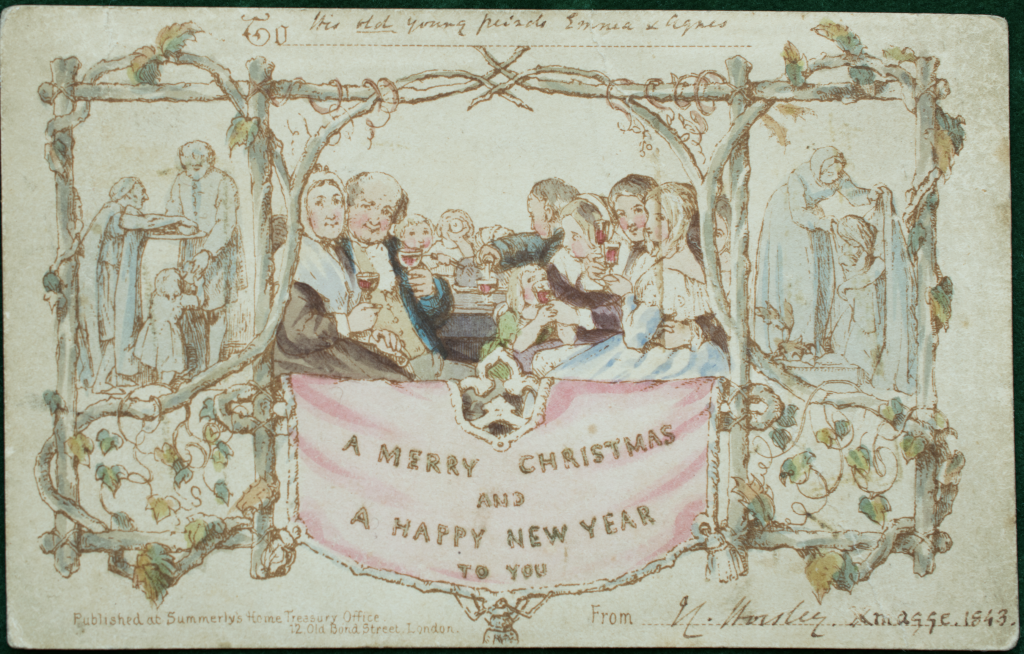 Horsley used chromolithography, a lengthy process that involved multiple layers of color and shading. Once the design was finished, thousands of copies could be made. All Cole had to do was address, sign and mail each one. Joy! The British postal system — dubbed the Penny Post, which he had helped found — was expanding and affordable, so expense was not an issue.

The charming illustration and affordable postage made Cole and Horsley’s creation an enticing alternative to writing holiday letters individually. Cole’s acquaintances realized how efficient the card was and followed suit.

And thus, boys and girls, the Christmas card was born.

Cole, a busy and inventive sort, was no one-hit wonder. He wrote children’s books (he had eight kids), did much to develop British railroads, helped promote better engineering and architectural design in a number of disciplines, became a trusted friend of Queen Victoria, and served as the founding director of what became the Victoria & Albert Museum, which is still a world-class institution in London.

So there you have it, a happy little holiday tale, just in time for Christmas.

A Merry Christmas and a Happy New Year to You,