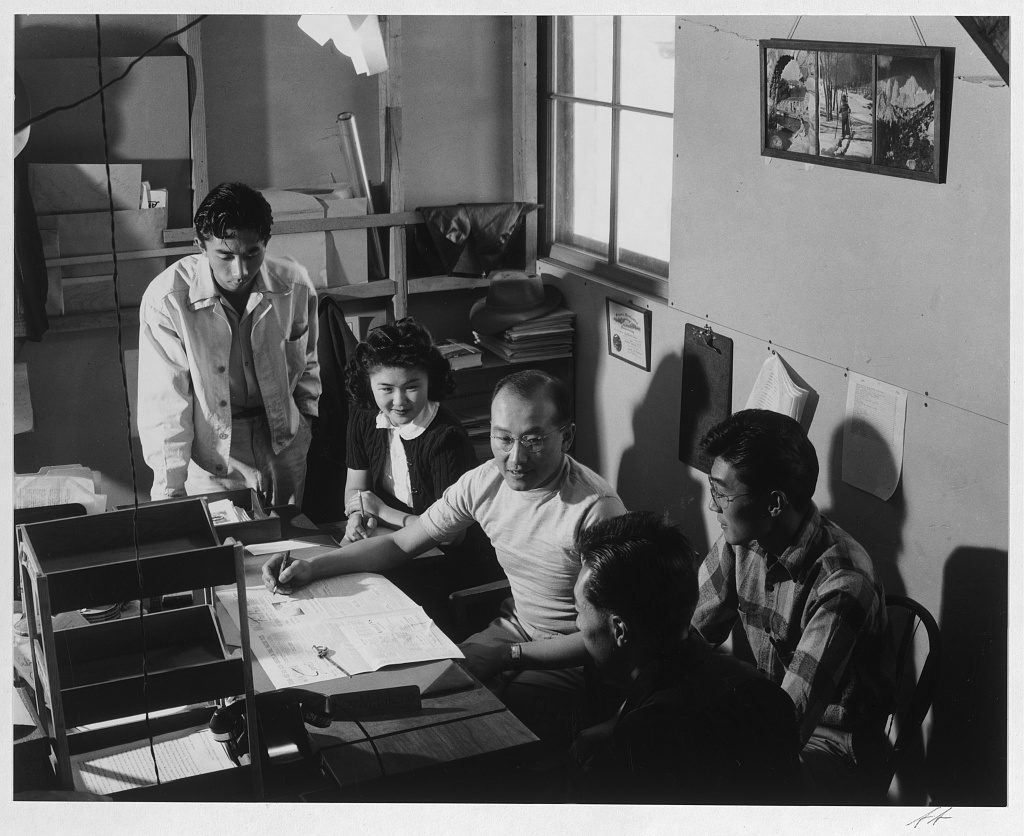 This is a guest post by Malea Walker, a reference specialist in the Newspaper and Current Periodical Reading Room, about a collection of newspapers published by Japanese-Americans held in U.S. internment camps during World War II. The Library placed the newspapers online on May 5. 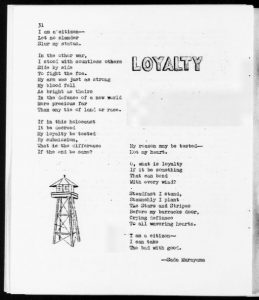 O, what is loyalty

If it be something

The Stars and Stripes

Before my barracks door,

To all wavering hearts.

In the pages of newspapers published behind the barbed wire of Japanese-American internment camps, one theme stands out: loyalty to the country that placed its own citizens there.

Early issues of the internment camp newspapers are filled with notices of flag-raising ceremonies, ways to help the war effort, ads for buying war bonds and articles encouraging loyalty. “The national emergency demands great sacrifices from every American,” reads one article in the June 18, 1942, issue of the Manzanar Free Press. “By our active participation in defense projects, we must prove our unquestioned loyalty.” 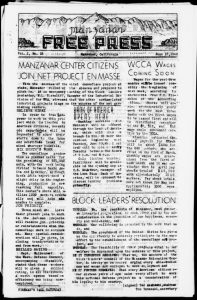 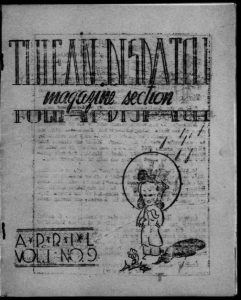 By February 1943, however, a questionnaire was disseminated to the residents of the camps regarding their loyalty to the United States. The question of loyalty was no longer a philosophical one, but one that existed on a government form. Question 28 of Selective Service System Form 304A asked “Will you swear unqualified allegiance to the United States of America and faithfully defend the United States from any or all attack by foreign or domestic forces, and forswear any form of allegiance or obedience to the Japanese emperor, or any other foreign government, power, or organization?”

The responses were not all positive. By then, most of the people had been in camps for almost a year, and they had suffered through harsh living conditions in temporary buildings, some of which were not meant for human occupation. Many people had lost businesses and homes. This was not an easy question to answer, and it was debated throughout communities, in families and in the pages of the newspapers. “Did the person who phrased that question ask himself and really try to understand what he was asking,” wrote Shuji Kimura in the April 1, 1943, issue of the Tulean Dispatch.

“Loyalty doesn’t mean saying ‘yes’ or ‘no,’ or extending one’s hand to the flag, or raising a hat or standing up when one hears the ‘Star Spangled Banner’; anyone can do these things. No, loyalty has to be in our hearts and in our memories; it has to be in our fibre and in our bones. Loyalty comes from having lived in America, and having lived deeply.”

American-born citizens of Japanese ancestry, or Nisei, were required to fill out the form as a part of selective service so that they could be drafted. If they answered “yes” to the so-called loyalty questions, Nisei men were also allowed to volunteer for the military. Segregated units were formed, and a great number of young men from the camps volunteered. 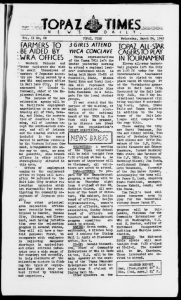 In a letter to congressmen published in the March 24, 1943, issue of the Topaz Times, one group of volunteers clarified, however, “We are volunteering, therefore, not only because that is the most direct and most irrefutable demonstration of our own loyalty to this country, but because by our action we feel we are contributing to the eventual fulfillment of American democratic tradition in its best and highest meaning.” Reasons for volunteering were varied and complex, not just an act to prove loyalty in the face of internment.

In December 1944, the Supreme Court ruled in Ex Parte Endo that the War Relocation Authority did not have the right to detain loyal citizens. By January 1945, many Japanese-Americans were allowed to return to their homes, but they still faced widespread racism and questions about their loyalty as they integrated back into their communities. They were barred from getting jobs and faced open hostility in the West.

Articles on loyalty changed tone as many Nisei veterans faced these difficulties. The outrage was clear that the loyalty of these veterans was still being questioned. “What more is there to essence of loyalty? What more can they do?” asked Roy Yoshida in the May 2, 1945, issue of the Granada Pioneer.

All of this took place, noted the Commission on Wartime Relocation and Internment of Civilians in 1982, despite the fact that not a single incident of sabotage or espionage by citizens or residents of Japanese ancestry was ever found.