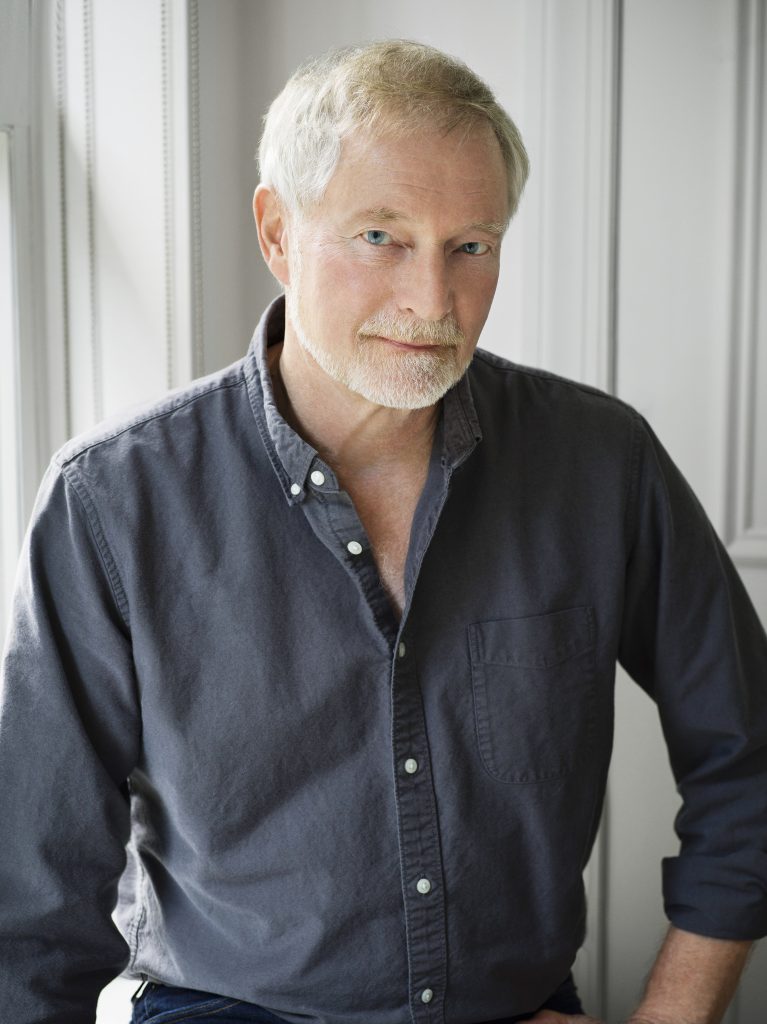 Erik Larson’s latest book, “The Splendid and the Vile,” tells the story of Winston Churchill during the London Blitz of World War II. His earlier nonfiction bestsellers include “The Devil in the White City,” a saga about the 1893 Chicago World’s Fair that was a National Book Award finalist; “Dead Wake: The Last Crossing of the Lusitania,” about the British passenger liner sunk by a German U-boat in 1915; “In the Garden of the Beasts,” the tale of America’s first ambassador to Nazi Germany; and “Isaac’s Storm,” Larson’s first book in the genre about the 1900 hurricane that destroyed Galveston, Texas. Here, Larson answers a few questions about his writing and research, including at the Library.

How did you get started writing nonfiction?
I started writing nonfiction as a career when I got my first newspaper job, back in 1978, and have been doing so ever since, along a progression from small newspaper to large, to magazines and finally to books, this after realizing that for the amount of effort I was putting into my larger magazine pieces, I might as well write a book. And needless to say, books have a much longer shelf life.

How do you select topics? Your subjects are fairly diverse.
It’s a mystery, actually. I don’t have a must-do list of book ideas; I wish I did. Each comes to me along a unique path, though I’m a big believer in putting oneself in the way of luck — that is, reading extensively, traveling, visiting museums and so forth, with the idea that at some point, an idea will occur to me. I’m driven entirely by story, not epoch or specialty. But it’s got to be the right story, amenable to being told in a compelling fashion, with a beginning, middle and end. When I lived in Baltimore, once a month I would drive to D.C. and spend a day in the Library of Congress’ Newspaper and Current Periodical Reading Room, reading randomly, one month starting with magazines beginning with A, the next month, with Z. I don’t think the exercise ever generated a book idea, but I firmly believe that filling your head with obscure details is a useful pursuit, because you never know when one of those details will set your imagination on fire.

What drew you to write about Churchill — someone whose life has been extensively covered? 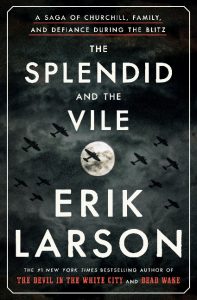 It wasn’t Churchill per se who attracted me. It was a question: How on earth did the British actually go about surviving the German bombing campaign of 1940–41? In deciding to try to answer it, I first considered focusing on a typical London family, but then I thought, wait a minute, what about the quintessential London family? And so, Churchill, his family and his close advisers became my cast of characters. Incredibly, no one had focused a book on this question before, on the nuts and bolts of how they all survived that first year of Churchill’s premiership. Using this as a fresh lens on the past, I was able to unearth new material and, equally important, to tell the story in a fashion that, I hope, provides new insights into the man and the time.

Which books have you researched at the Library, and what is a favorite story about finding something here?
I’ve relied on the Library of Congress throughout my career, mainly the vast holdings of the Manuscript Division, which always seem to provide a rich seam of material, no matter what subject I’m investigating. My favorite moment was when I was going through the papers of Martha Dodd, the daughter of America’s first ambassador to Nazi Germany, for my book, “In the Garden of Beasts,” and came across a clear plastic archival envelope containing two locks of Carl Sandburg’s hair, thereby providing additional confirmation that Martha and he had indeed had an affair, as per rumor. His hair, by the way, really was strikingly white.

Do you have any advice for other researchers wondering about how to navigate the Library’s enormous collections?
My best advice is, dive in. I try not to be too focused, because an important letter, diary or report could lie in a completely unexpected location. In my view, there’s no substitute for simply starting with the first box in a collection and moving forward through the rest. The Library is a necessary first stop for me on all my books, because there’s always something of incredible value, be it the personal memoir of the killer H. H. Holmes or love letters written by a Russian spy to the daughter of America’s first ambassador to Nazi Germany.

What’s next for you?
I wish I knew. I’m back in the mode of putting myself in the way of luck. A couple of ideas are lurking in the shadows, but so far none has chosen to step forward to declare itself. But, I’m hopeful that I’ll be back on the case, and back in the Library, by year’s end.

Library of Congress buildings are closed because of the COVID-19 coronavirus pandemic. The Library’s digital collections, however, remain accessible to researchers who may want to replicate Larson’s brainstorming method.