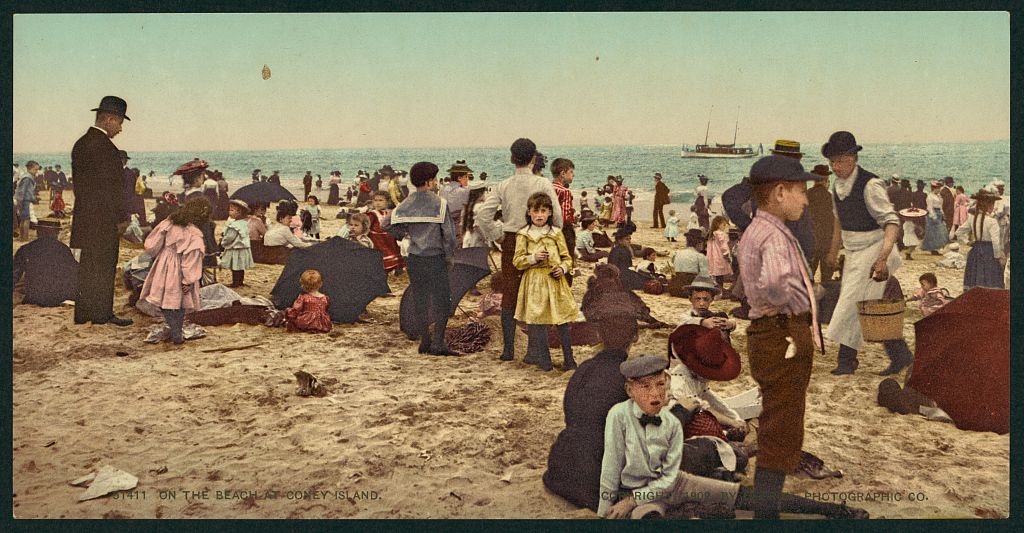 Sunshine, long days, trips to the mountains or beaches—we’re now well into the season many people anticipate long in advance of its arrival. A quick online search of the Library’s prints and photographs reveals that enthusiasm for the lazy days of summer is nothing new: the term “summer” elicits thousands of images dating from as long ago as the 18th century.

We’re featuring one such image, a 1902 view of the beach on Coney Island, intermittently on our home page this month. It shows a large crowd of children and adults—wearing significantly more attire than is the norm for beach-goers today—enjoying the sand and sun. Although the richly colored picture looks like a photograph, it is actually an ink-based photolithograph—or photochrom print.

The Library has more than 400 photochrom prints of sites in the United States—and thousands more of locations in Europe, the Middle East and elsewhere. Hans Jakob Schmid (1856–1924), working for the Swiss firm Orell Füssli, invented the technique for making photochrom prints in the 1880s. It involves the direct photographic transfer of an original negative onto litho- and chromographic printing plates.

Even though the prints look deceptively like color photographs, when viewed with a magnifying glass, the small dots that make up the ink-based photomechanical image are visible. The photomechanical process permitted mass production of the vivid color prints. At a time when color photography was still rare, demand for them was high. Monochromatic prints were also issued, including a view of Pikes Peak in Colorado. 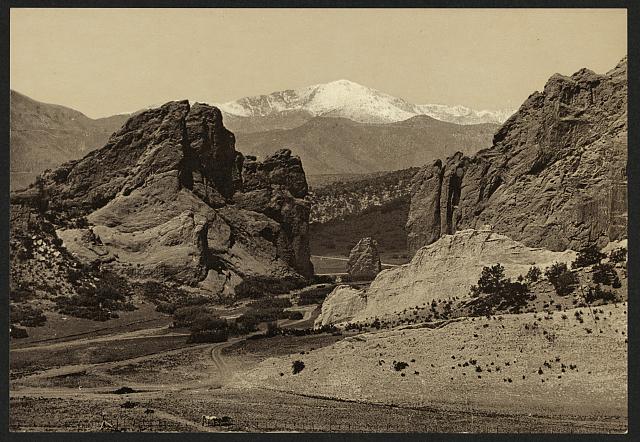 Photochrom prints were sold at tourist sites and through mail order catalogs to globe trotters, armchair travelers, educators and others to preserve in albums or put on display. Produced between the late 1880s well into the 1900s, they reached the height of their popularity in the 1890s and early 1900s.