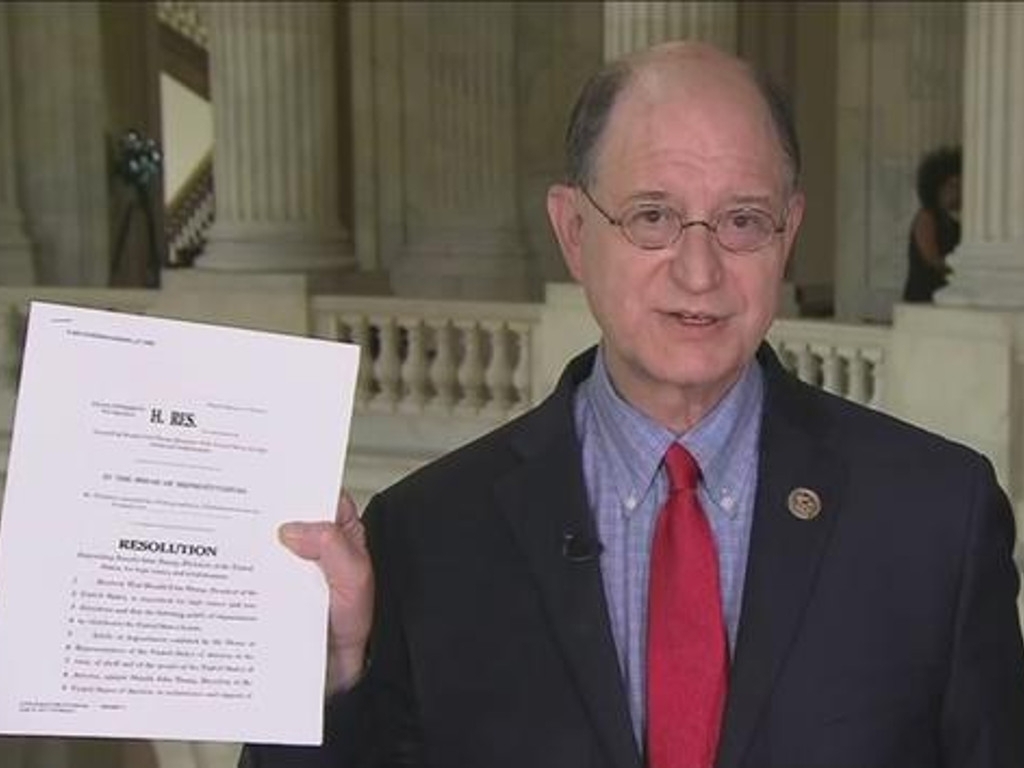 The California congressman followed through on a threat made last month to have the president removed from office. On Wednesday he filed a four-page resolution intended to impeach "Donald John Trump, President of the United States, for high crimes and misdemeanors."

In a statement issued by Sherman, the congressman said he believes the president obstructed justice by trying to suppress an investigation into a senior aide and possible ties his campaign had with Russia.

"It now seems likely that the president had something to hide when he tried to curtail the investigation of (now-fired) National Security Advisor Michael Flynn and the wider Russian probe.

"I believe his conversations with, and subsequent firing of, FBI Director James Comey constitute obstruction of justice," Sherman confirmed.

Sherman admitted to using language similar to that used in the first article of impeachment issued against Richard Nixon in 1974. Nixon resigned from office 13 days later, becoming the only US president to resign from office.

Democrat Al Green is the only lawmaker thus far to sign the resolution.

The White House dismissed the action with disdain.

"I think that is utterly and completely ridiculous and a political game at its worst," spokesperson for the White House, Sarah Huckabee Sanders said.

It is believed that Sherman's effort won't get very far in Congress, which is controlled by the Republicans.

No Republicans with the House of Representatives or the Senate have indicated that they are willing to begin impeachment proceedings.