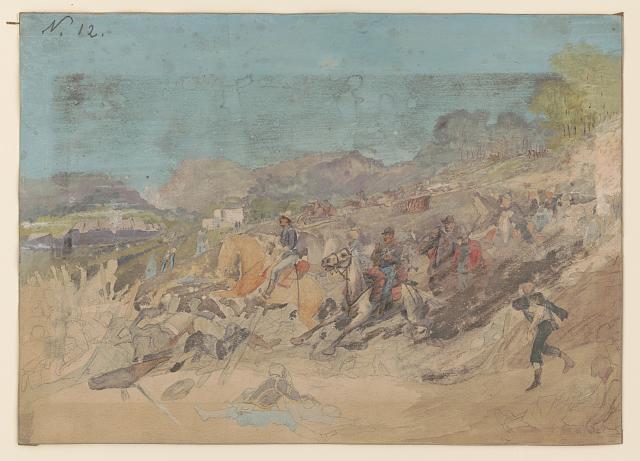 This is a guest post by Julie Stoner, a reference librarian in the Geography and Map Division. It was first published on “Picture This,” the Prints and Photographs Division’s blog.

We’re highlighting the subject of Stoner’s post—Civil War drawings by Adolph Metzner—in our “free to use and reuse” feature on the Library’s home page. The home page showcases content from the Library’s collections that has no known copyright restrictions—meaning you can use the content as you wish. The Prints and Photographs Division recently digitized Metzner’s drawings and made them publicly available for the first time on the website.

As an admirer of Civil War drawings, I found my interest piqued by a recently digitized collection of drawings by Adolph G. Metzner. The difference in style from many other drawings of the time, along with the richness of color, drew me in to learn more about this man and his artwork.

Born on August 13, 1834, in southwestern Germany, Adolph Metzner immigrated to the United States in 1856. Shortly after the start of the Civil War, Metzner joined the 32nd Regiment Indiana Volunteer Infantry, also called the First German, fighting for three years on the western front of the war. 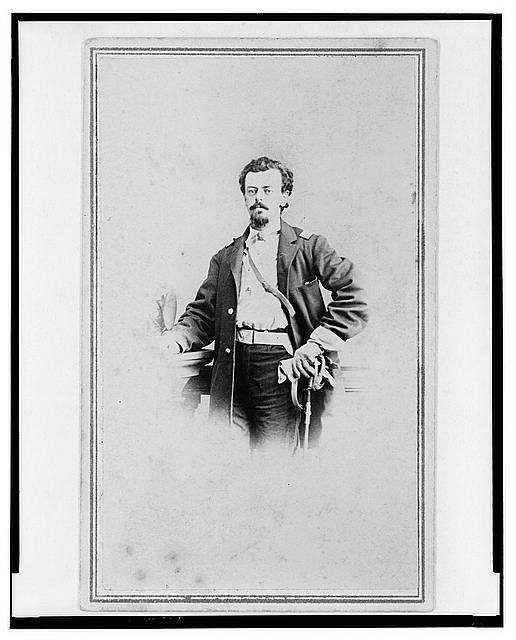 During the years with his regiment, Metzner sketched any material available, drawing everything from portraits of his comrades to scenes of battle and death. 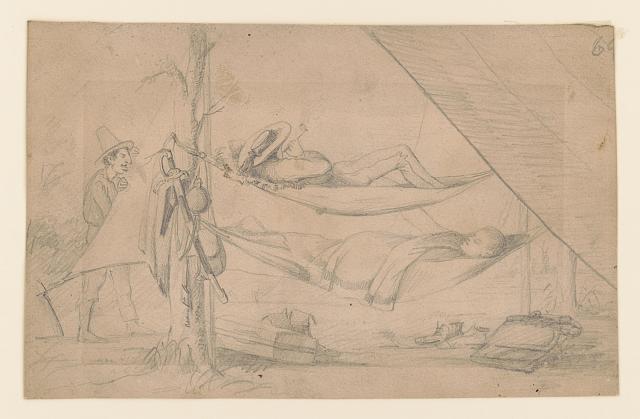 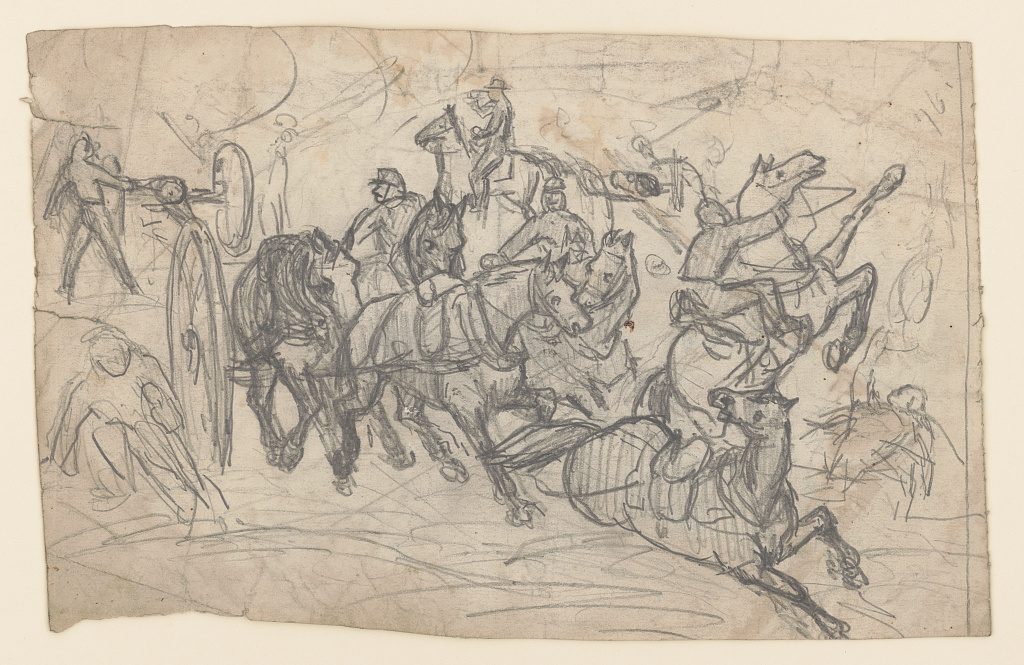 Lost on the Field of Chickamauga, 1863

One of the reasons I enjoy Civil War drawings is they can be a better medium for capturing movement, action or emotion as opposed to the photographs of the era. As an example, for me, the drawing below really gives the viewer a sense of the misery of marching in the mud and rain and how inglorious war can be. 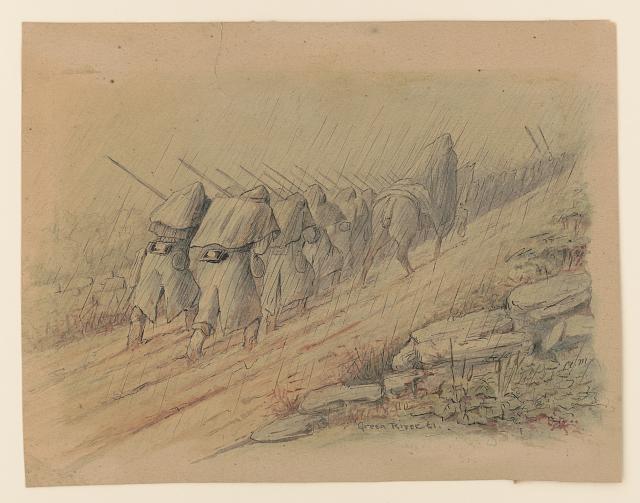 Another aspect of these drawings that I find intriguing is how they complement the photograph album of Adolph Metzner that his daughter Helen Metzner gave to the Library of Congress 60 years before it acquired the drawings. The album consists of photographic portraits of the 32nd Regiment collected by Metzner. With both the photo album and the drawings, the observer can get different perspectives of the men in the regiment. For example, I am tickled by the contrast between the formal photographic portrait of Lieutenant Colonel Karl Friedrich Heinrich von Trebra and the caricature drawn by Metzner. 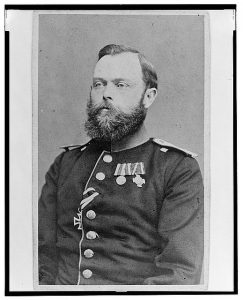 As another example, the drawings give us a glimpse into the personalities of otherwise unknown people such as Private Jacob Labinsky, whom Metzner labels in the drawing as “The Camp Comedian.” 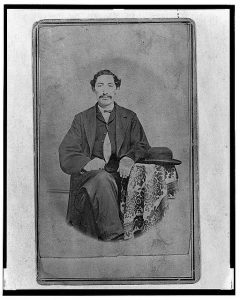 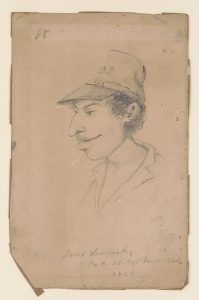 Metzner’s 137 drawings constitute the largest collection of drawings from the Civil War’s western front campaigns so far in the Library of Congress collections. You can enjoy all 137 Adolph Metzner drawings with me as they are now digitized and currently available for viewing or downloading in the Prints and Photographs Online Catalog.

Scroll down for more examples and write a note in the comments section of this post if you find an interesting way to use a digitized image! 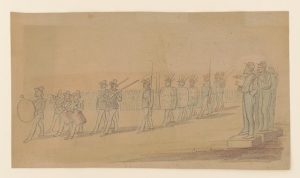 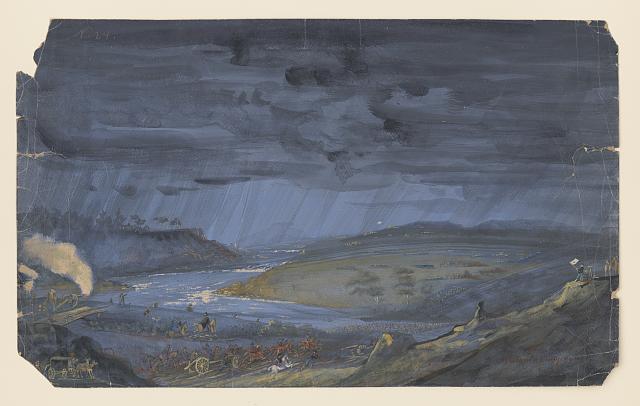 Beginning of the Atlanta Campaign, 1864 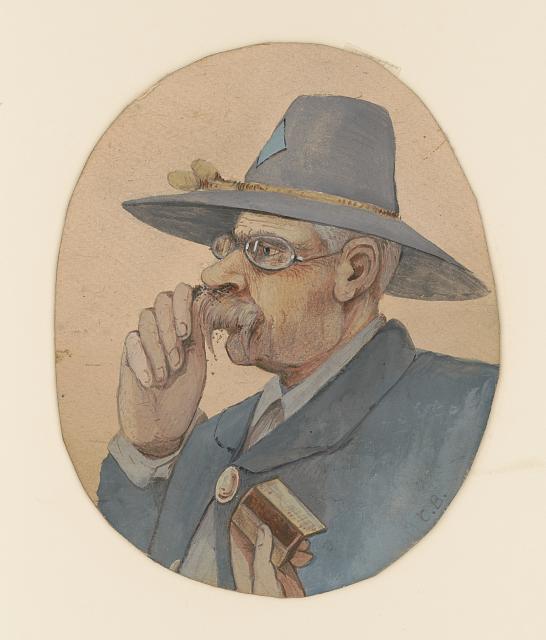 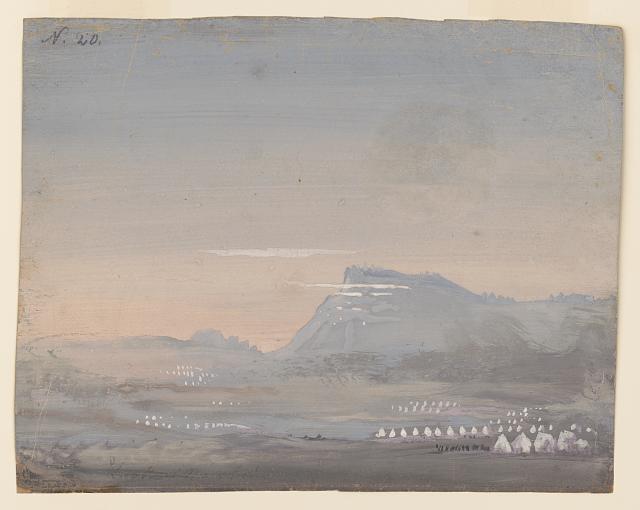