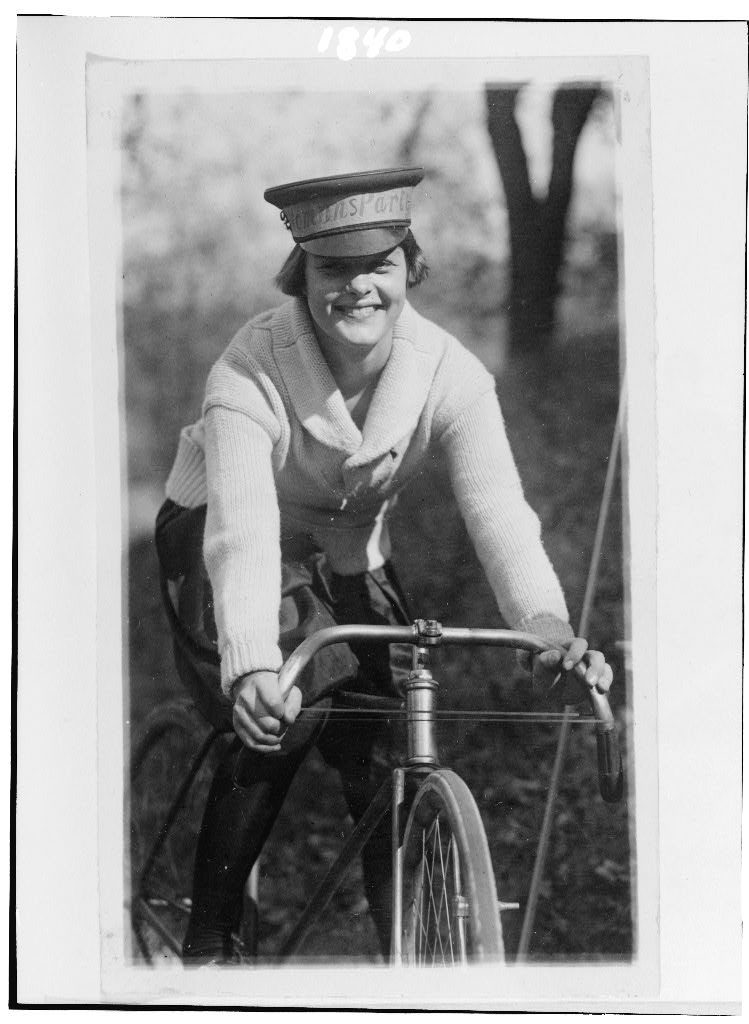 Julia Obear, a bicycle messenger, wears the hat of the National Women’s Party while cycling in 1922.

On Sunday night, July 16, 1895, Hattie Strage of Chicago was arrested and fined for disorderly conduct. Her offense? Bicycling over the city’s fashionable South Side boulevards “arrayed in a bloomer suit consisting of flesh-colored tights and a short jacket.”

Women’s cycling attire was a subject of intense scrutiny at the dawn of the golden age of bicycling in America, as documented by newspaper stories highlighted on the Library’s Chronicling America site—the notice about Strage’s arrest appeared in the Mexico (Missouri) Weekly Ledger.

This month, as warmer weather signals the start of the cycling season, we’re adding to our Free to Use archive all kinds of themed content about bicycles. We’re including images portraying early women cyclers like Strage, but also historical ads featuring bicycles, cartoons, lithographs, maps and more.

The Free to Use archive features themed sets of content (such as travel posters, presidential portraits, Civil War drawings, dogs and, now, bicycles) that are all free to use and reuse, meaning there are no known copyright restrictions associated with this content. In other words, you can do whatever you want with it.

Scroll down for a few more examples and make sure to check out other sets in the archive. And if you find a creative way to reuse any of the images, let us know by commenting on this post. 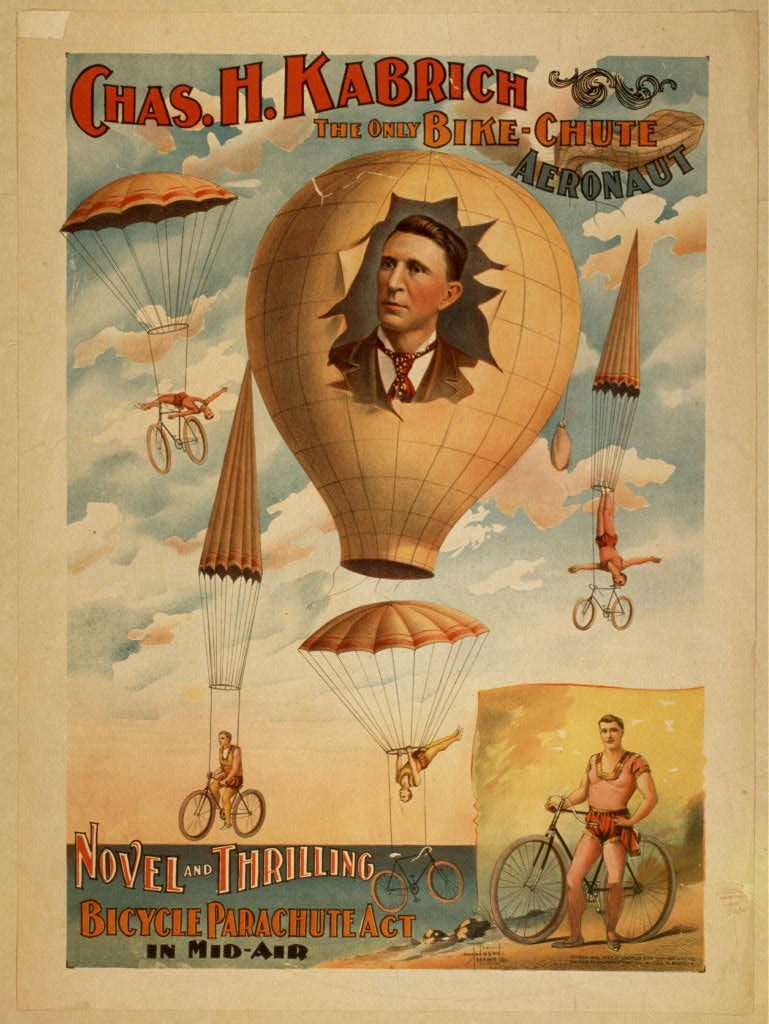 Theatrical poster for Chas. H. Kabrich, the “only bike-chute aeronat,” who performed a “novel and thrilling” bicycle parachute act in mid-air, 1896. 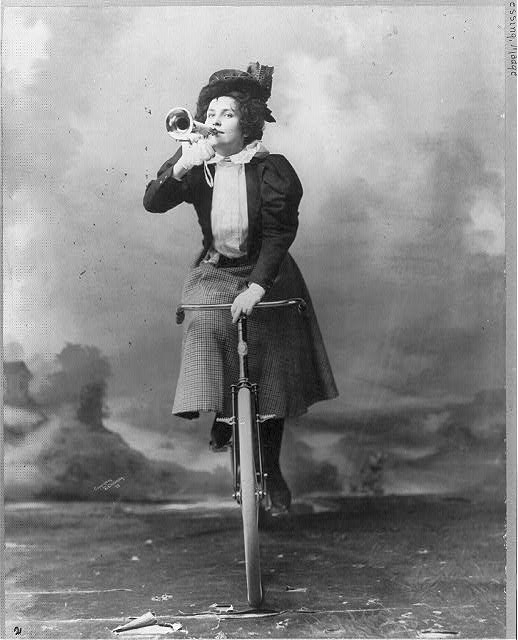 Actress Madge Lessing holds a musical horn to her lips while cycling, 1898. 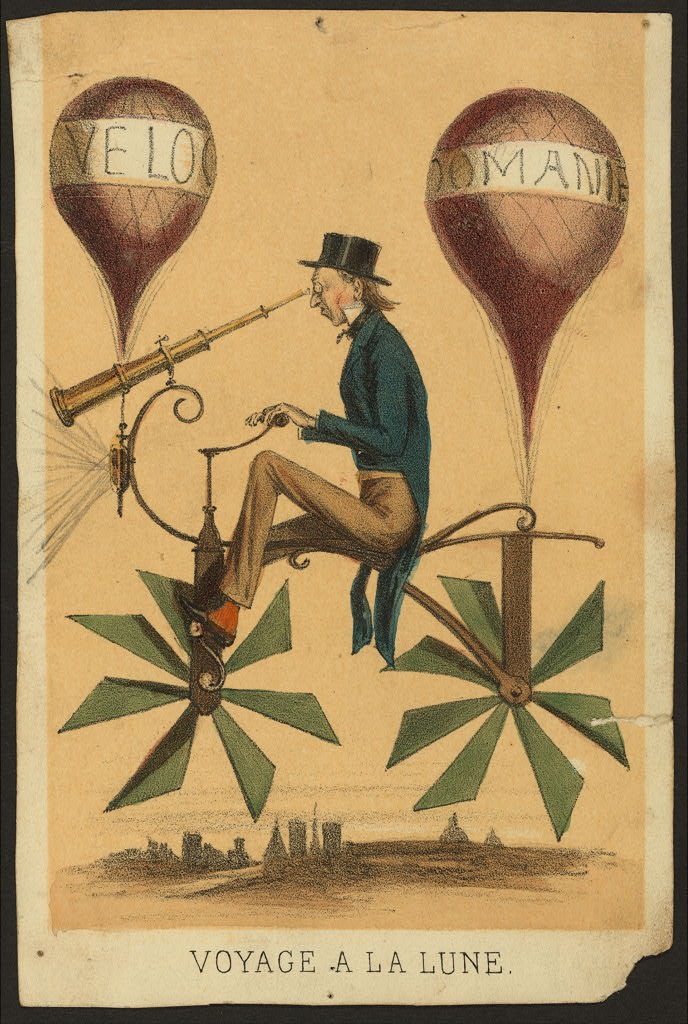 “Voyage a la Lune,” a French cartoon showing a man riding on a bicycle-like flying machine, circa 1865–70.

A woman cycler is featured on a patent-medicine ad for hair oil, 1869.