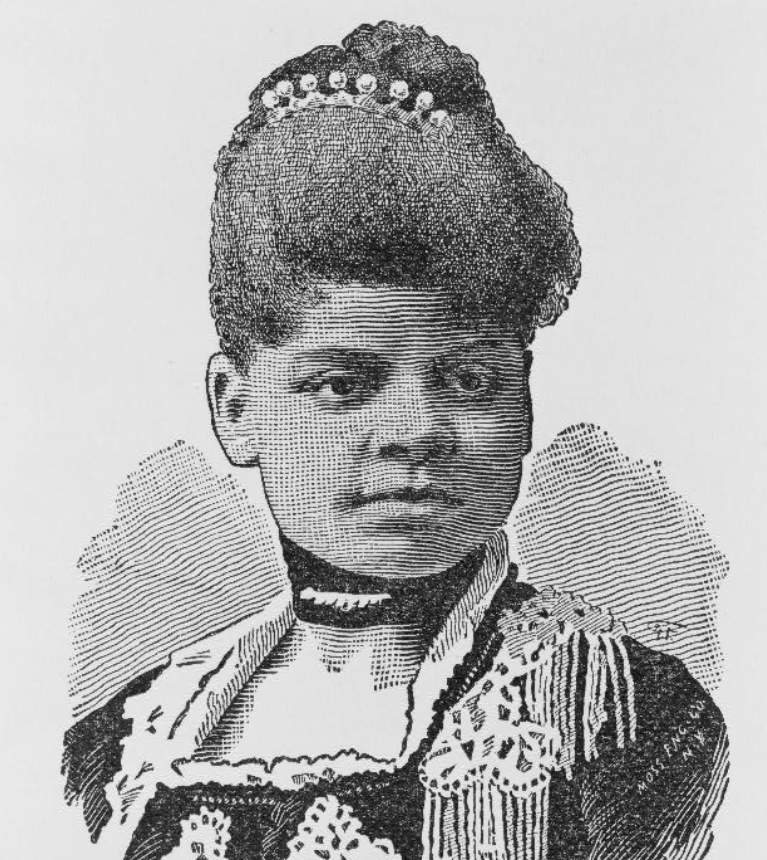 This month, our Free to Use and Reuse set of copyright-free images and prints features African American Women changemakers. It’s always difficult picking just three from these collections, but this month was particularly so — there are great images of Billie Holiday, Nannie Helen Burroughs, Harriet Tubman, Rosa Parks, Ella Fitzgerald and so many others.

But here are three remarkable women, two from my home state of Mississippi, who made the lives of so many millions of Americans so much better at great personal sacrifice to themselves.

Ida B. Wells in 1891. Prints and Photographs Division.

Ida B. Wells is a towering figure, one of the most consequential journalists in American history, a key figure in the women’s suffrage movement and an absolutely fearless human being. Her work on lynching continues to be a historical record that scholars draw on, illuminating one of the darkest periods of American history. She was awarded a posthumous Pulitzer Prize in 2020 for “her outstanding and courageous reporting on the horrific and vicious violence against African Americans during the era of lynching,” in the words of the Pulitzer committee.

Born into slavery in Holly Springs, Mississippi, in 1862, she was the child of parents who became strong advocates of Reconstruction in the brutal realm of the post-Civil War South. Both parents died of yellow fever when she was a teenager. She attended segregated colleges, became a journalist and soon was working as a teacher in Memphis to support her siblings. At 22, she sued a train company for discrimination in a case that resembled the later case of Plessy v. Ferguson. (She won, but it was overturned.)

She soon became editor of The Memphis Free Speech, using her platform to decry the rampant lynching of black people. She investigated these crimes and in 1895 published a blistering book, “The Red Record: Tabulated Statistics and Alleged Causes of Lynching in the United States,” destroying the myths that had been given as justification for the killings. The real reason, she wrote, was that “Negroes were whipped, scourged, exiled, shot and hung whenever and wherever it pleased the white man.”

Frederick Douglass revered her for it, but a white mob soon destroyed her printing presses and threatened to kill her, forcing her to move to Chicago, where she continued her anti-lynching research and writing.

In 1895, when she married Ferdinand Barnett, a famed civil rights advocate, she became one of the first married women in the nation to keep her maiden name. She then took on the women’s suffrage movement, demanding black women be included.

She died of kidney disease in Chicago in 1931, one of the great — and greatly underrecognized — Americans of the age. 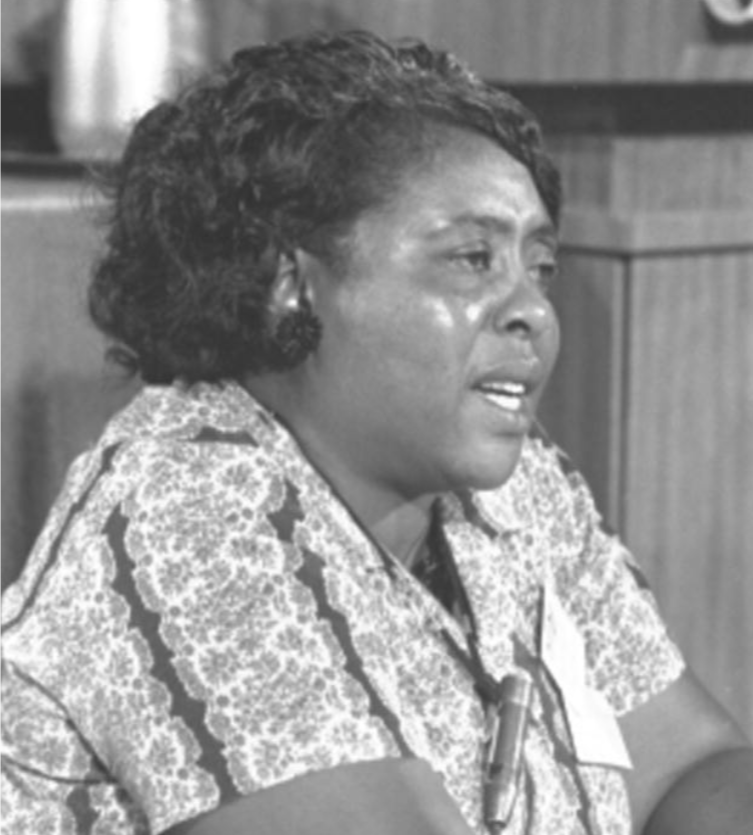 I grew up in rural north Mississippi in the 1960s and 1970s, and Fannie Lou Hamer was an astonishing figure. She was born into mind-numbing poverty in the Delta in 1917, the last of 20 children to parents trapped in the vice of Jim Crow-era sharecropping. She had to start picking cotton as a child and dropped out of school at 12 to work for the family. She married young and worked in near-feudal conditions for decades. In her late 30s, she underwent surgery for a uterine tumor and the white doctor removed her uterus as well, without her consent. This was not uncommon in the time and place.

In the early 1960s, when she in her 40s, she became a fierce civil rights activist, registering herself and others to vote and taking part in sit-ins to protest segregation. She was fired from her job, kicked out of her home and beaten so badly that it left life-along injuries.

“I’m sick and tired of being sick and tired,” she said, memorably. And, of the deadly violence she faced: “If I fall, I’ll fall five feet four inches forward in the fight for freedom.”

And still, in 1964, she helped organize Freedom Summer, a national campaign that brought college students to Mississippi to help Blacks fight through state-sponsored barriers to be eligible to vote. She founded the Mississippi Democratic Freedom Party in protest of the all-white Democratic delegation, and created a national moment at the Democratic national convention when she rose to speak. President Lyndon Johnson was so fearful of her impact that he hastily called a press conference so that television cameras would cover him, not her. She later founded a cooperative for Black farmers and helped found the National Women’s Political Caucus.

Her health was failing, though, and the political, social and economic violence she faced never truly abated. She died, still in poverty, of breast cancer in 1977. She was just 59. 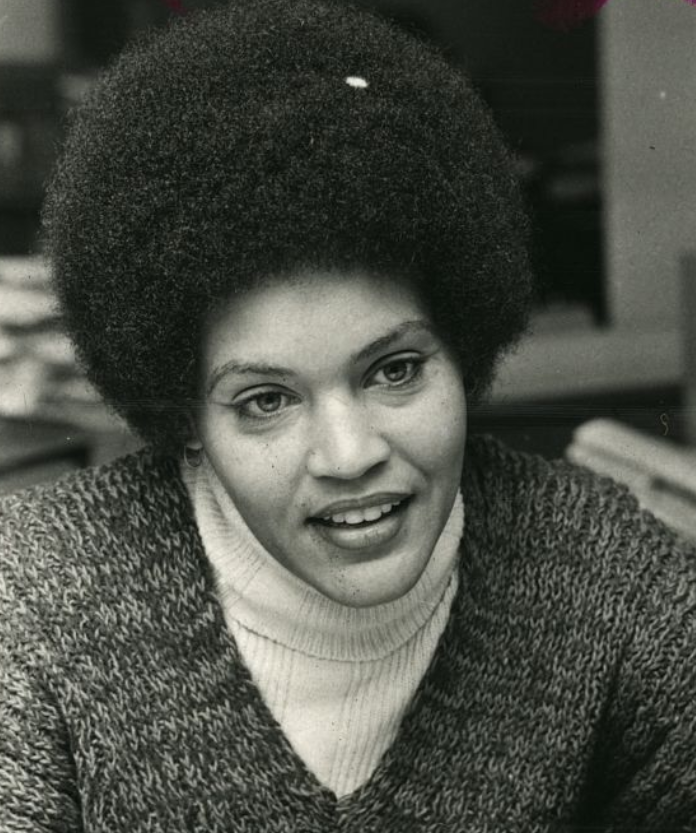 Lastly, journalist Charlayne Hunter-Gault, a living connection to this history and a prominent name in television and radio news. She worked on the MacNeil/Lehrer Report on PBS starting in 1978, later worked in South Africa for National Public Radio and then CNN. Her work won two Emmys and two Peabody Awards.

She’d made history of her own just to get there, of course. Born in Jim Crow-era segregation in South Carolina in 1942, she and fellow student Hamilton Holmes won a protracted legal battle to become the first African Americans to enroll in the University of Georgia in 1961. While there, she married a fellow student who was white, in contravention of the state’s law forbidding interracial marriages. The state’s governor called them “a shame and a disgrace.” She and Holmes persisted through graduation — she became a journalist and he became an orthopedic surgeon. (Today, the school’s academic center is named for them.)

She started her writing career at the New Yorker, then moved to the New York Times for just over a decade before moving into television. As it happens, we were both roving correspondents in Africa during the late 1990s, and I worked alongside her on several big-picture stories. She was terrific, and I was always self-conscious that I was talking to a woman who had helped change American history, particularly in our native Deep South. It was special.