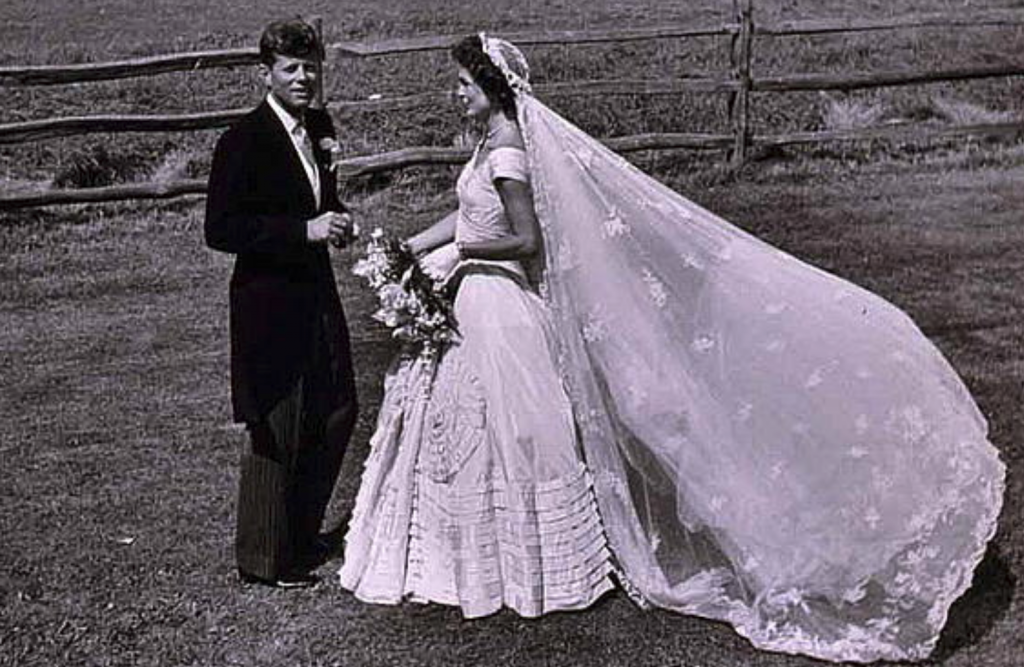 Bride and groom, happy but stressed, the day rushing past, friends and family (the former you choose, no such luck for the latter), high and low drama, and all those overdressed people wondering if there’s an open bar at the reception. Ah.

Your favorite national library has lots of wedding pictures from around the planet, part of our near-endless collection of Free to Use and Reuse sets of copyright-free images. These are yours for the taking and cover just about everything — cities, movie theaters, travel posters, genealogy, discovery and exploration and so on. This includes weddings.

To start off our sampler, let’s drop in on one of the most famous unions in the American 20th century — John K. Kennedy and Jacqueline Bouvier on Sept. 12, 1953. Kennedy was 36, a Senator from Massachusetts and son of a ruthless power-broker of a father. Bouvier, 24, had grown up wealthy, both in East Hampton and then, when her mother remarried, on the 300-acre Hammersmith Farm in Newport, Rhode Island.

The wedding drew 750 well-heeled members of the rich, famous and politically connected. The reception, at Hammersmith farm, drew more than 1,000. Bouvier’s dress was designed by Ann Lowe, a Black designer. It and all the bridesmaids dresses were destroyed by water from a burst pipe 10 days before the ceremony. A heroic effort by Lowe to remake the dresses averted social disaster (although, famously, Bouvier still didn’t like it.)

In the photo, the bride and groom are facing one another near a split-rail fence at the farm in an open field that, were it not for the wealth involved, one might call a pasture. He’s looking at the camera, knees bent, casual and at ease. She’s looking at him, standing straight and apparently tense. This might be attributed, if nothing else, to the massive bridal veil she’s having to keep in place. The photo, in black and white, lends to the idea that it took place in another time.

Such was the beginning of what many Americans would come to call Camelot, the fairy-tale version of the young president, his gorgeous wife and their handsome children in the White House. It was, of course, such a brief time. 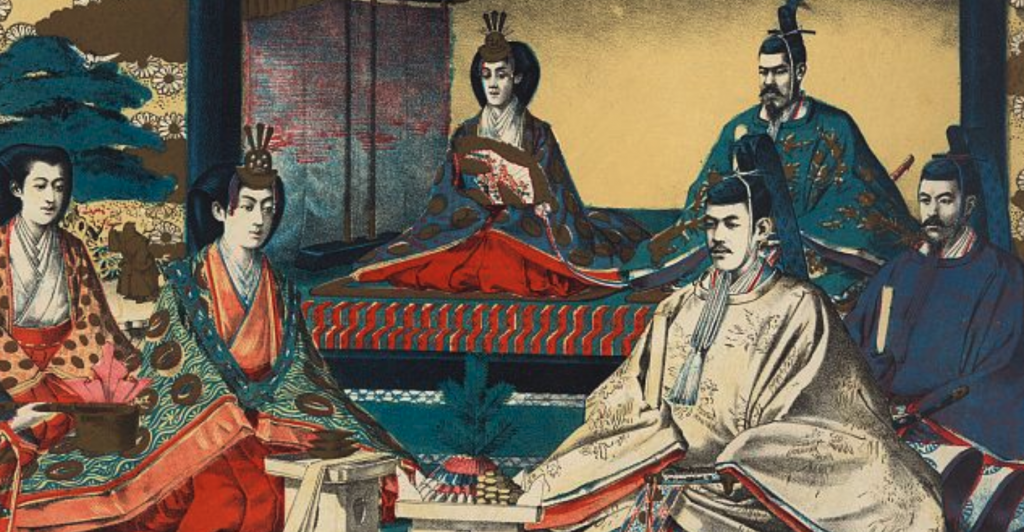 Speaking of royal weddings, the Japanese have been holding them for a very long time. Above we see a union that, like the Kennedy nuptials, had resonance throughout the 20th century. This was the auspicious wedding of Crown Prince Yoshihito and Princess Kujo Sadako on May 10, 1900, which bridged two eras of Japan’s long history.

First, in the background is the father of the prince, Meiji, the 122nd Emperor of Japan, along with other members of the imperial family. Meiji was a major transitional figure, helping lead Japan from two centuries of isolated feudalism into becoming a world power. His son — the groom — would take over after his death in 1912.

But most important for our purposes here is the fact that one year after this wedding took place, the crown prince and princess had a son. His name was Hirohito. He became emperor upon his father’s death in 1926 and led Japan when it invaded China and then into World War II. (The pilot who led the raid on Pearl Harbor reported the result of the raid to Hirohito personally; the map he used for the briefing is now in the Library.) Hirohito served as emperor in a greatly changed Japan until 1989, becoming the longest imperial ruler in the nation’s history, serving 63 years.

All of that was set into motion, in its way, by this wedding. 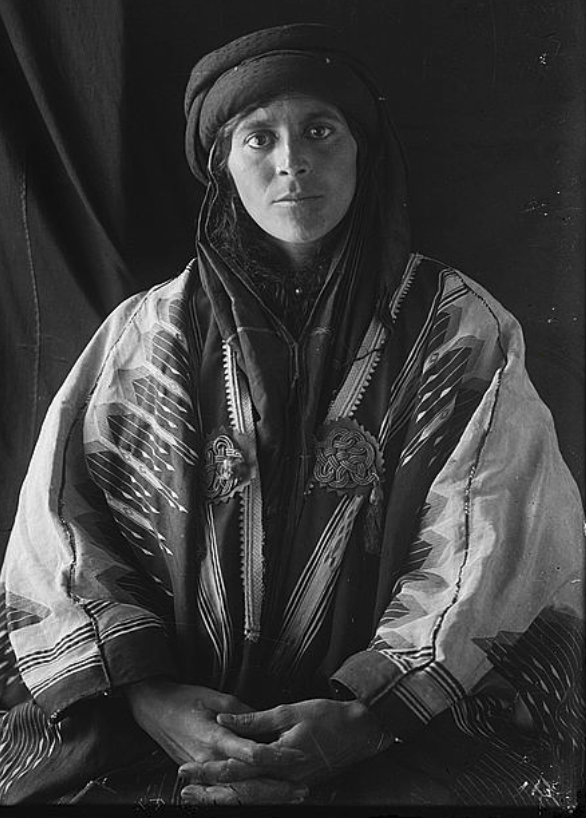 In our final photo, we go from the extremely famous to the completely anonymous. We know little about this arresting image: not the Bedouin woman’s name, husband-to-be, exact location or even the date, other than “approximately 1900 to 1920.”

We do know that it’s from the G. Eric and Edith Matson Photograph Collection, a set of 22,000 glass and film photographs and negatives taken in what was then called Palestine (present day Israel and the West Bank) from 1898 to 1946. They were created by the American Colony Photo Department and its successor firm, the Matson Photo Service. The picture is part of a “Bedouin wedding series” but the caption on the negative just reads, “The bride.” That’s it. The Bedouins roamed the region as nomads, so there are any number of places the photograph might have been taken over the course of two decades.

Still, in many ways this photograph is the most expressive of the three. Those eyes. Those hands. This woman, unlike the two above, was not born into a life of physical ease; you only need look at sinewy strength in her hands and the rough fingernails to understand that she knows work. She is fully present, gazing at the camera as if it is the only thing in the world. Though she is clearly posed, there is nothing pretend or artificial about her gaze. She is there.

So, let’s look again. She is gazing into the future as clearly as she is the lens itself. There is a warmth in the depth of those eyes. There is a the trace of a smile in those lips, an expression that could just as easily pull back into a peal of laughter as anything else. One is left, at the end, hoping the coming years were as kind to her as history could allow.