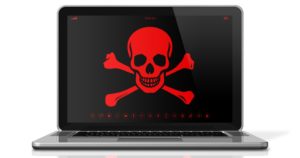 How do scammers reap more than $9.5 million with phony pop-up ads or blinking alerts warning of a crippling computer virus or security problems?

Their scareware success usually starts with “malvertisements” (malicious online advertising intended to damage or disable computers), which are designed to trick their prey into believing the bogus bug and calling a designated “support line” for help. It usually ends with a victim-made call lasting 17 minutes and a request for an average $291 to supposedly “repair” the feigned problem.

And the intriguing in-betweens? It’s all part of a new study, reported as the first analysis of its kind, by researchers at the National Security Institute (NSI) at Stony Brook University, who spent eight months studying the tactics of tech support scammers.

First, they built a tool — ROBOVIC, short for Robotic Victim — to automatically crawl the web to find the scammers. After collecting some 25,000 domains and thousands of phone numbers used in these schemes, the three researchers made 60 calls to various scammer-provided numbers displayed in pop-up warnings, posing as recruited “victims.” What they learned: