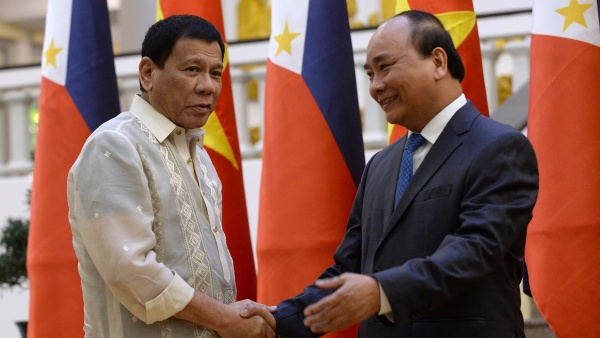 Miguel Gomez is a senior researcher at the Center for Security Studies and Brandon Valeriano is a Reader at Cardiff University, the Donald Bren Chair of Armed Politics at the Marine Corps University, a fellow at the Niskanen Center, and author of Cyber War versus Cyber Realities on Oxford University Press.

The recent disclosure that an Advanced Persistent Threat (APT) operating out of Vietnam covertly released the transcript of talks between the Philippine President Rodrigo Duterte and the United States’ Donald Trump sheds light on an often overlooked cyber actor in the region. The recent disclosure suggests Vietnam is becoming a disruptive regional force in cyberspace.

The appearance of inter-state cyber operations within South East Asia is not surprising given the long-standing, and often territorial, disputes between geographically proximate states. While Vietnam is a known actor in the regional cyber domain, its activity has paled in comparison to China, which undertakes frequent cyber espionage operations against neighbors, including Vietnam. In addition, cyber operations attributable to Vietnam have mainly targeted companies and dissidents – thus letting Vietnam fly under the radar.

What is new and unique is attribution of Vietnamese attacks on Philippine state agencies, which was first reported on May 15. Cyber intelligence firms such as FireEye have attributed these attacks to an actor designated as APT32 (aka OceanLotus Group). The group has been associated with espionage campaigns targeting both foreign governments and local dissidents alike – to an extent mimicking the profile of…