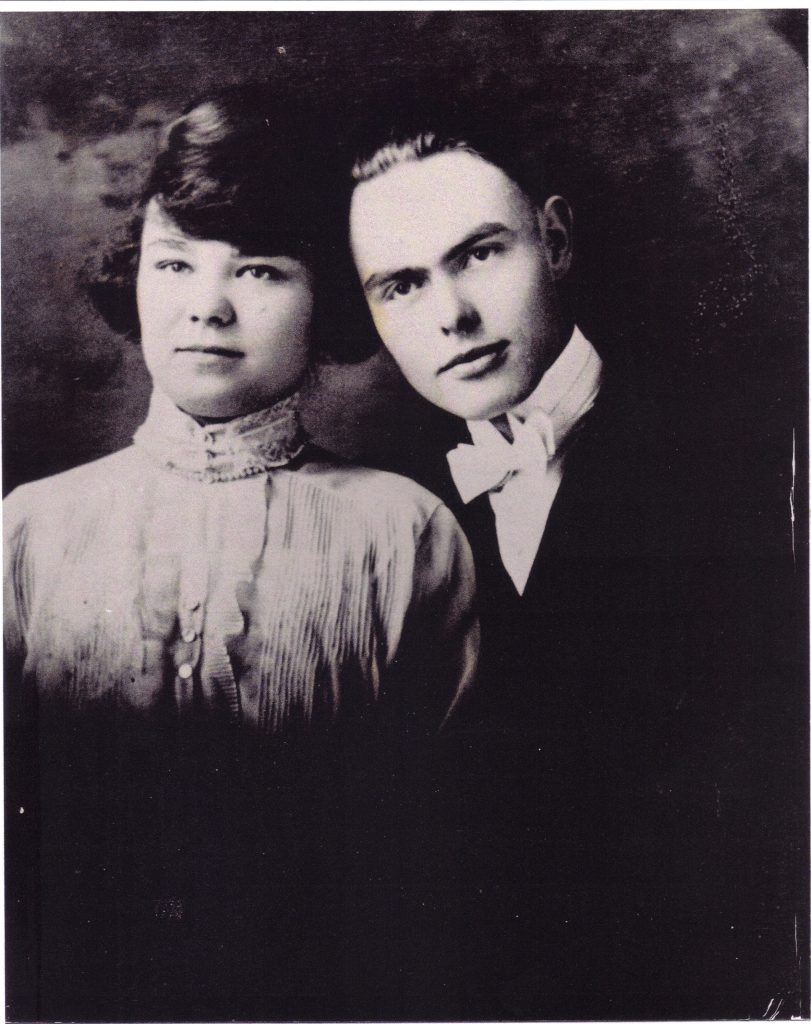 This is a guest post by Owen Rogers, liaison specialist for the Veterans History Project. Library of Congress specialists often give presentations about ongoing Library exhibitions. This post relates to a presentation Rogers prepared for the exhibition “Echoes of the Great War: American Experiences of World War I.”

My great-grandfather, Stephen Basford Young, served in France with the 26th Infantry Division and celebrated his 18th birthday on November 11, 1918—the day World War I ended. Through stories passed down from my mother and aunts, I learned that our family line is—quite literally—a consequence of the Great War and its intersections. While visiting comrades gassed at the Battle of Belleau Wood, my great-grandfather met one of their sisters. Blanche would be my great-grandmother. Both of my great-grandparents were the children of French-Canadian immigrants to the United States.

During World War I, nearly one-third of American residents were immigrants or children of immigrants. International ancestry is a common theme in the Veterans History Project collections. Altogether, 5 percent of VHP World War I collections indicate foreign birth. 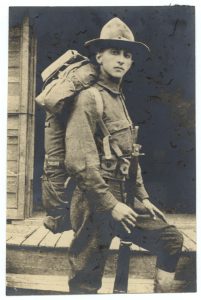 My great-grandfather, who spoke French and English, found fortune in the Signal Corps through a common language and ancestry with French soldiers, relaying coordinates from artillery forward observers. But Prussian-born veterans like Rudolph Neumann and Peter Shemonsky no doubt felt conflicted about their overseas service, a tension furthered intensified by nativist fears on the home front. Others like recent Romanian immigrant Joseph Rosenblum were drafted into the U.S. Army and fought for the same cause as their countrymen.

As a result of the Selective Service Act of May 18, 1917, by war’s end, nearly three-quarters of the entire U.S. Army were conscripted soldiers. Half a million were foreign-born. Although immigrants weren’t required to serve in the military, their eventual naturalization required registration for selective service. As further incentive, Congress amended naturalization laws for immigrants who served in the U.S. armed forces, waiving the five-year residence requirement for naturalized citizenship.

A photograph from the Library’s New York World-Telegram and the Sun Newspaper Photograph Collection suggests the effects of these incentives. In 1917, F.M. Stefano documented the arrival of an immigrant contingent from New Rochelle, New York, to the Camp Upton induction and training facility on Long Island. More than 30 different languages and dialects were spoken in this training camp alone! More than 120,000 veterans received citizenship as a consequence of their military service and began a tradition of military naturalization that continues to this day. 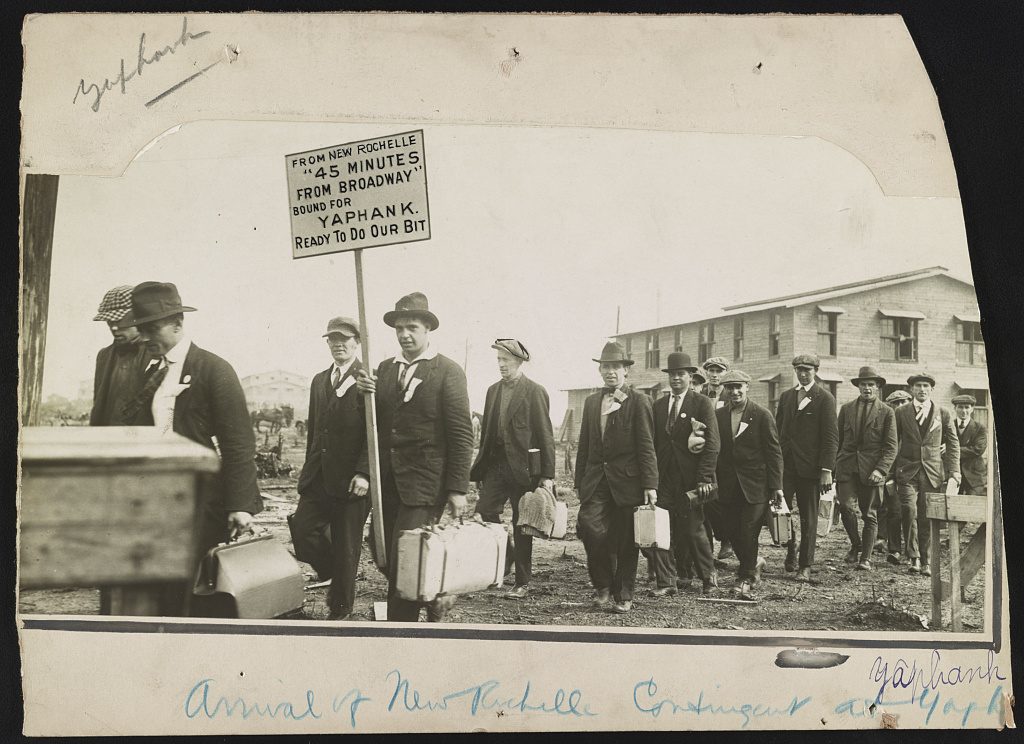 When Congress created the Veterans History Project in 2000, there were fewer than 4,000 living World War I veterans in the United States. By 2011, there were none. Although VHP is expanding its Great War narratives through posthumous manuscript and media submissions, we have fewer than a hundred WWI veterans’ oral histories—less than one-tenth of 1 percent of the entire archive.

Our stories inform our understanding of the past. VHP is an ongoing effort, and veterans’ voices are accessible only through the voluntary recording of oral histories and the submission of original manuscripts and media. To hear more veterans’ stories and learn how to add your family history to the Library’s permanent collections, visit our website.