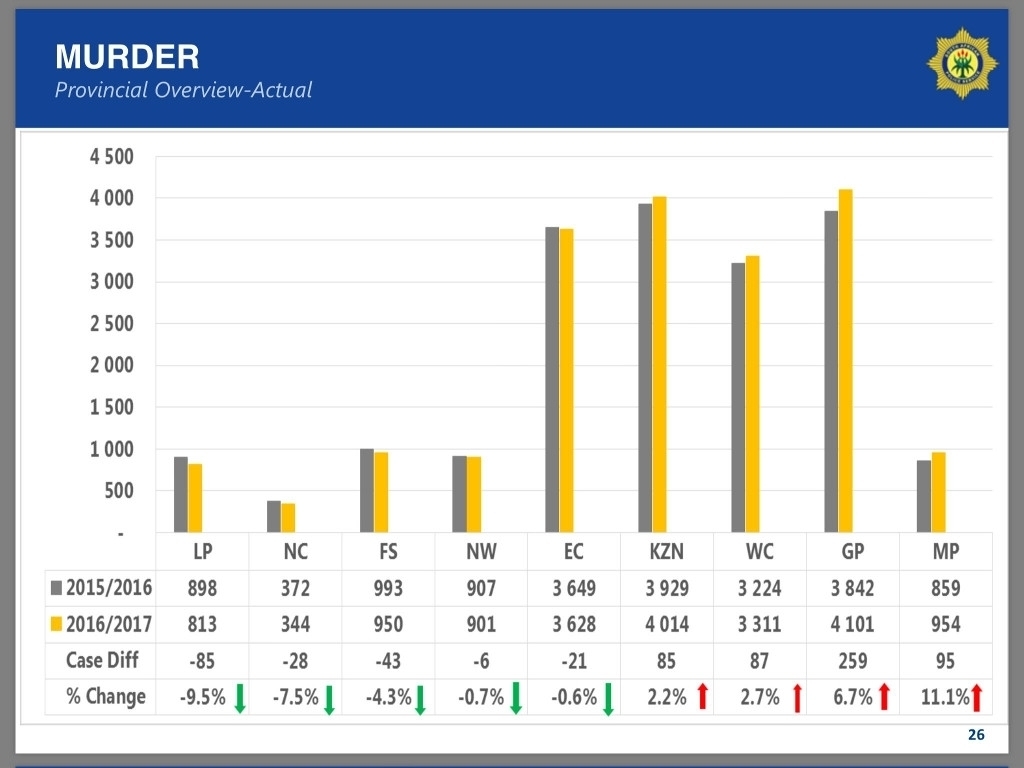 The crime stats have been revealed, and Gauteng is revealed as the murder capital of the country, with the most number of murders reported.

The report revealed that Gauteng, South Africa’s most populated province, is the murder capital of the country.

According to the report, for the 2016/17 financial year, the province recorded 4 101 murders. Gauteng saw an increase of 6.7 per cent in murders. Major-General Norman Sekhukhune, head of the police’s crime research and statistics department, told Parliament’s portfolio committee.

KwaZulu-Natal came in second with 4 014 murders, showing an increase of 2.2 per cent. The Eastern Cape was third, with 3 628 murders reported, a decrease of 0.6 per cent.

In fourth was the Western Cape, with 3 311 murders reported – an increase of 2.7 per cent.

Next was Mpumalanga with 954 murders reported, but what should be of concern is that it showed the largest increase, of 11.1 percent.

The Northern Cape, the country’s largest province and smallest in population numbers, saw a decrease 7.5 per cent, with only 344 murders reported for the financial year.