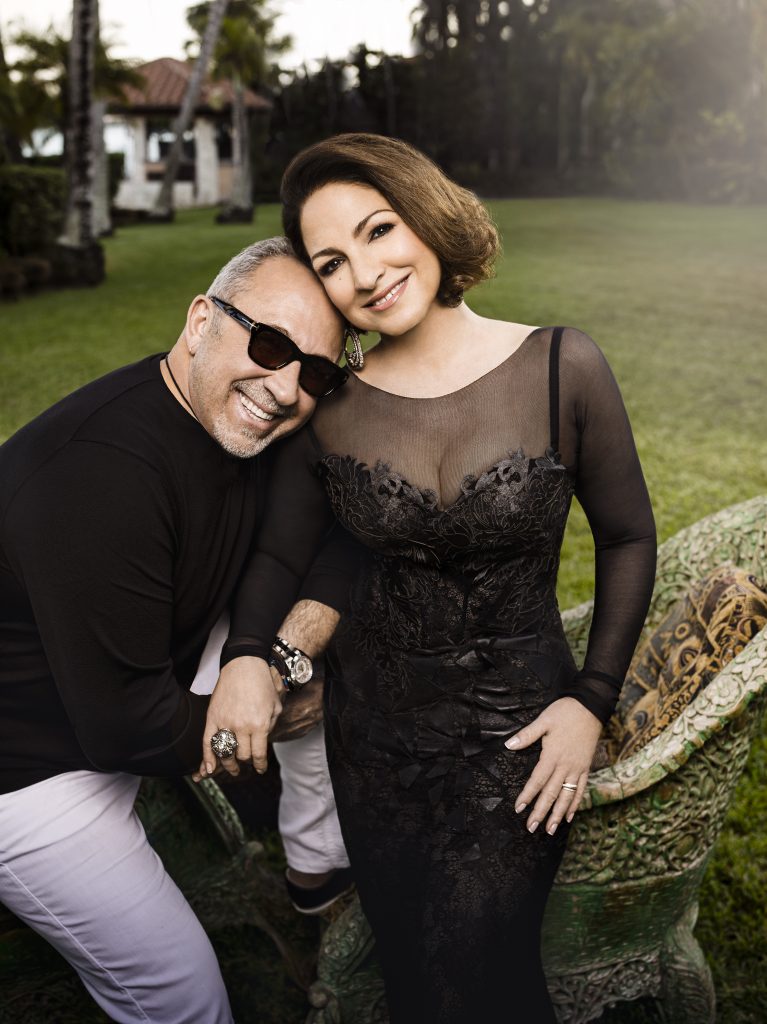 This post’s publication coincides with our celebration today of George Gershwin’s birthday – he was born on Sept. 26, 1898, in New York City. The Library also announced today the availability of rare Gershwin home movies on its newly launched National Screening Room website.

Librarian of Congress Carla Hayden announced this week that husband-and-wife team Emilio and Gloria Estefan are the next recipients of the Library of Congress Gershwin Prize for Popular Song. The honorees represent two firsts for the prize – they are the first married couple to receive the award and the first recipients of Hispanic descent.

The Estefans symbolize the rich cultural diversity of the American musical experience, the Library’s press release about the 2019 prize stated. They have created a unique sound of Latin rhythms that transcends cultural boundaries and have parlayed their creative genius into entrepreneurship and community activism, while propelling the careers of many of today’s Latino artists to stardom. During their more than 30-year career, the Estefans have built a musical empire and made listening to Cuban-infused music one of America’s favorite pastimes.

“The music created by Emilio and Gloria Estefan makes you want to listen to the beat and get on your feet,” said Hayden. “They are the creative force behind the popularity of music steeped in the Latino culture. This dynamic couple’s professional and personal journey truly mirrors the American dream, and we are so pleased to honor their musical legacy.”

“From the moment I started singing, I was drawn to the iconic songs of the immensely talented Gershwin brothers and have had the privilege to record several of them,” said Gloria Estefan. “I am deeply honored, along with Emilio Estefan, my beloved husband of 40 years, to be the 2019 recipients of the Library of Congress Gershwin Prize for Popular Song. This award celebrates lifetime achievement in promoting song as a vehicle of musical expression and cultural understanding and we feel privileged to have been able to live our lives making and sharing music. We are profoundly humbled to have been chosen for this singular accolade.”

“My life and career in music has been a blessing and I’m humbled by this amazing honor and to be sharing it with my wife,” said Emilio Estefan. “I can only hope that our careers will influence a new generation of songwriters and producers. Throughout my career, my wish has always been to inspire minorities and to be an example that with hard work and dedication all your dreams can come true.”

Married since 1978, the Cuban-American Estefans started their rise to global fame in 1985 with Miami Sound Machine, creating a unique sound that blended Latin and pop rhythms. Many of their iconic hits, including “Conga,” “Turn the Beat Around,” “Get on Your Feet” and “Rhythm Is Gonna Get You,” reflect a combination of creative lyrics, high-octane rhythms and spirited vocals. The song “Rhythm Is Gonna Get You” is on the National Recording Registry, a listing of sound recordings selected for preservation because of their cultural, historic or aesthetic importance to the nation’s audio heritage.

The Estefans have won dozens of music-industry awards, including multiple Grammys, and their life story and music were showcased in the Broadway musical “On Your Feet!,” nominated for a Tony Award.

Beyond their musical talents, they are successful entrepreneurs, philanthropists and humanitarians. For this work, they have received awards including the Ellis Island Medal of Honor and the Presidential Medal of Freedom, the nation’s highest civilian honor.

The Estefans will receive the Gershwin Prize at an all-star tribute concert in Washington, D.C., in March. The concert will air on PBS stations nationwide in the spring (a date will be confirmed later) and will be broadcast on the American Forces Network to U.S. Department of Defense locations around the world.

In making the selection for the prize, the Librarian of Congress consulted leading members of the music and entertainment communities, as well as curators from the Library’s Music Division, American Folklife Center and Motion Picture, Broadcasting and Recorded Sound Division.