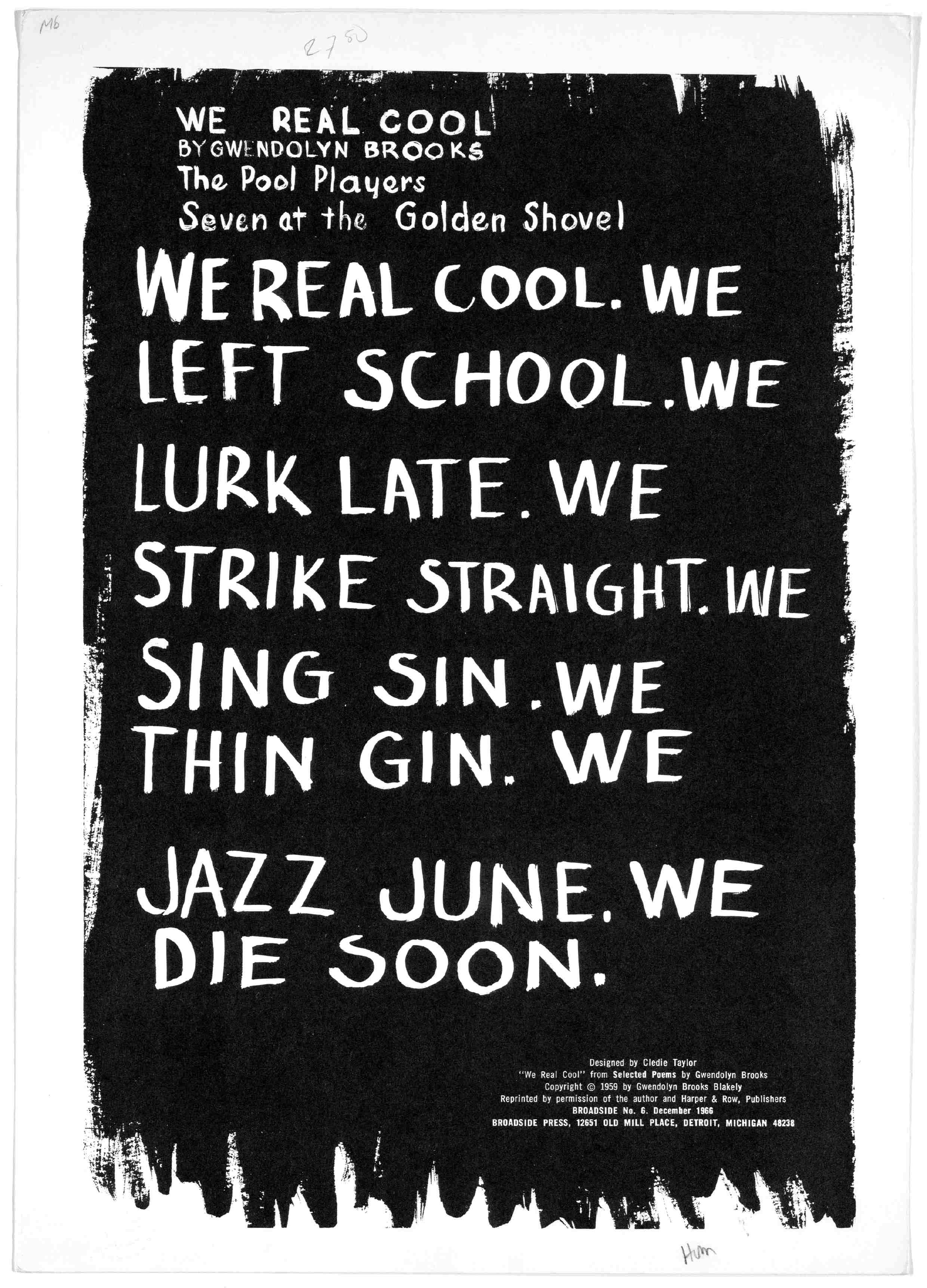 This is a guest post by Anne Holmes, digital content manager in the Poetry and Literature Center. It’s part of our 220th birthday celebrations, which continue all week.

When Consultant in Poetry Richard Eberhart invited Gwendolyn Brooks to record her work at the Library in 1961, Brooks was already a Pulitzer Prize-winning poet. “Annie Allen” won that award in 1950, making her the first African American to win the Pulitzer in any category. She had just published her third poetry collection, “The Bean Eaters.” 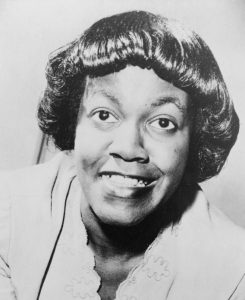 In the Library’s recording laboratory, then on the ground floor of the Jefferson Building, Brooks read a selection of her poems, beginning with work from “A Street in Bronzeville” (1945) and moving on to “Annie Allen.” When she got to “The Bean Eaters,” she read a few other pieces before launching into “We Real Cool,” at 22:48. It goes by in a blip. It had not yet become iconic.

That recording is one of the newest digitized additions to the Archive of Recorded Poetry and Literature. Each April — National Poetry Month — the Library adds 50 newly digitized recordings to the online collection (you can read about this year’s release on our poetry and literature blog, From the Catbird Seat). The archive, dating back to 1943, contains nearly 2,000 recordings of poets, writers and performers. Some recordings are at Library events; others are in the recording lab. Until 2015, when we began digitizing the collection, most of these were accessible only by requesting the magnetic tape reels in person.

In the 60 years since “We Real Cool” debuted, we’ve learned that Brooks wrote the poem after walking by a pool hall full of boys in her Chicago neighborhood. Instead of asking herself why they weren’t in school, she imagined how the boys felt about themselves. She said that the “we” marking the end of each line in the 24-word poem is meant to be recited softly and swiftly, as if the boys shooting pool at the Golden Shovel are questioning their place in the world.

How lucky we are to hear Brooks read it so soon after its genesis. We are just as lucky to hear her recite the poem again 24 years later—this time before a packed crowed at the Coolidge Auditorium. More than 300 people had to be turned away from her appearance on September 30, 1985, as the newly appointed Consultant in Poetry, as the auditorium was already filled.

Twenty minutes into her reading, she knew what the crowd most wanted to hear.

“At this point I better recite ‘We Real Cool’ before I forget,” she says at 20:14. “I know some of you are sick and tired of this poem, because if you see my name, you see it. It’s been published in a good many school textbooks, but it has also been banned here and there—chiefly because, I understand, the word ‘jazz’ has been considered a sexual reference. That was not my intention, though I have no objection if it helps anybody—but I was thinking of music when I used the word ‘jazz.’ “

The crowd erupts in laughter and applause. It might have been the highlight of the reading, but we’ll let you be the judge.

Meanwhile, we wish you a very happy National Poetry Month.