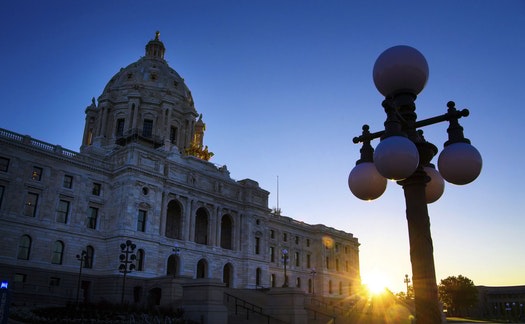 A hacker, angry that the police officer charged with killing Philando Castile was found not guilty, reportedly broke into state of Minnesota databases, stealing e-mails and passwords.

Minnesota IT Services confirmed the attack and said it’s investigating, according to a sparsely worded written statement. “Minnesota IT Services’ security forensics team will share any relevant information with law enforcement for review for potential criminal activity.”

The hacker, known as “Vigilance,” tweeted on Sunday: “Justice for #PhilandoCastile MN.gov and mnstate.edu Hacked An innocent man is dead, while a guilty man is free.”

On Friday, a Ramsey County jury found St. Anthony police officer Jeronimo Yanez not guilty of manslaughter in the shooting of Castile during a traffic stop last summer. The case drew worldwide attention after Castile’s girlfriend livestreamed the aftermath.

In an exchange of Twitter direct messages between the Star Tribune and Vigilance, he said the hack involved 23 state of Minnesota databases — “so quite a lot of information,” the hacker wrote. It includes about 1,400 e-mails and passwords from state employees and private citizens, although “many of the e-mails don’t have passwords,” he said.

The passwords have a “weak encryption” so they can be decrypted easily, he said.

Vigilance said he published the information, which can be used by others to access people’s accounts, including e-mail and social media.

The hacker also said he broke into databases at Minnesota State University Moorhead but didn’t retrieve any sensitive data.