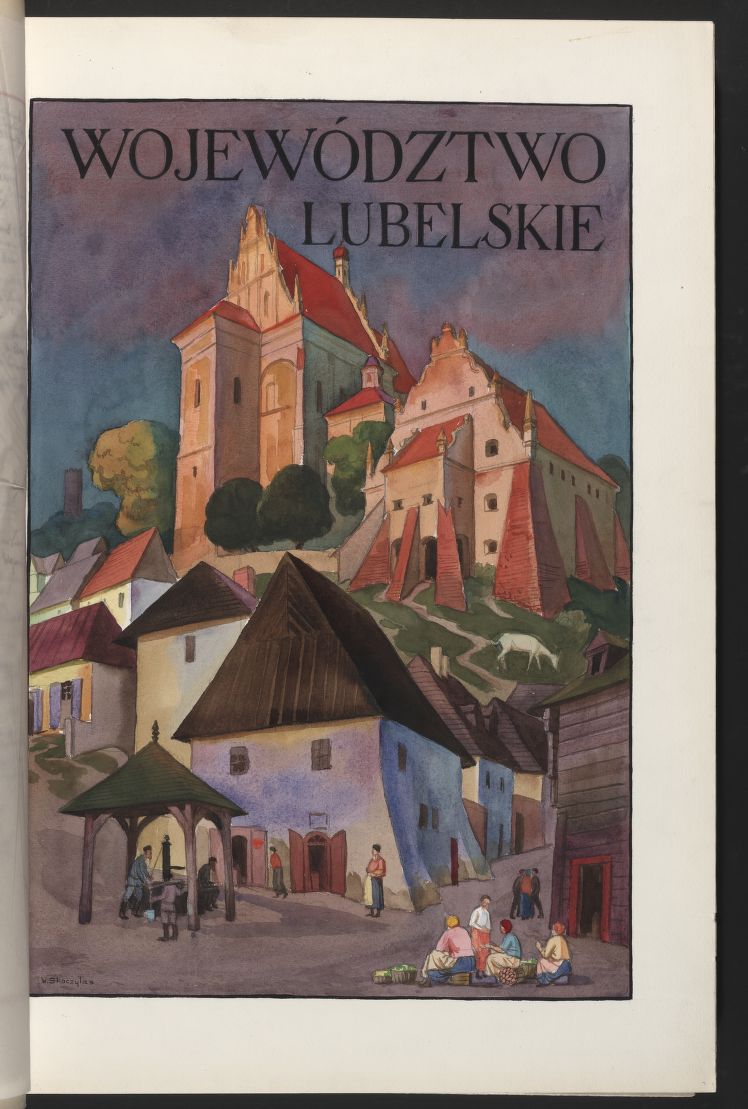 This is a guest post by Sahr Conway-Lanz, a historian in the Manuscript Division.

Watercolor depicting the view of Kazimierz Dolny, in Poland’s Lublin Province, by prominent Polish artist Wladyslaw Skoczlylas. The image adorns volume 2 of the multivolume Declarations of Admiration and Friendship that Poland presented to the United States in 1926.

Former Librarian of Congress James Billington once called the Polish Declarations of Admiration and Friendship for the United States “possibly the largest expression of affection one nation ever made to another.” In 1926, for the 150th anniversary of the birth of the United States, the Polish people presented President Calvin Coolidge with 111 volumes signed not only by many of the political and cultural leaders of Poland, but also by more than 5 million school children and their teachers.

Poland had effectively given the American nation a gigantic birthday card, expressing its people’s extraordinary goodwill. With the completion of a recent digitization project in collaboration with the Polish Library of Washington and the Polish Embassy, all 111 volumes of the Polish Declarations are now readily available to the world through the Library of Congress website. 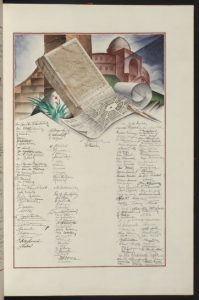 Signature page for the Polish Ministry of Public Works, contained in volume 1 of the Declarations.

The gracious acknowledgment of the sesquicentennial of American independence had become a national project for Poland out of the gratitude and esteem that Poles had for U.S. aid during World War I and American support in reestablishing Poland as an independent state. Since 1795, Polish lands had been divided between the Russian, German and Austrian Empires, but Poland reemerged as an independent state in 1918 at the end of World War I. The United States had backed an independent Poland as part of the postwar settlement. In his peace proposal, President Woodrow Wilson made Polish independence one of his famous 14 points.

The declarations also thanked Americans for providing wartime relief aid to the Polish people and praised a group of American volunteer pilots for fighting with a newly independent Poland against the Soviets in 1920. The volumes’ dedication saluted the United States as a guiding star for all modern democracies, but, in the uncertain times of the 1920s, Polish leaders were also hoping to cement friendly ties with a potentially influential ally.

Beyond merely representing an emblem of international goodwill, the Polish Declarations were also a remarkable achievement and remain an amazing resource. The energy that went into the creation of the declarations was astounding. Many of the signatures for the volumes were collected across Poland during local celebrations of the United States’ July 4 anniversary and fully one-sixth of the Polish population signed their pages. Prominent Polish artists decorated the volumes with illustrations. Photographs of schools and their pupils, poems and other creative flourishes adorned the gift.

For researchers today, the Polish Declarations are a tremendous genealogical source, providing a unique snapshot of a Poland that would soon be transformed by the catastrophes of World War II.