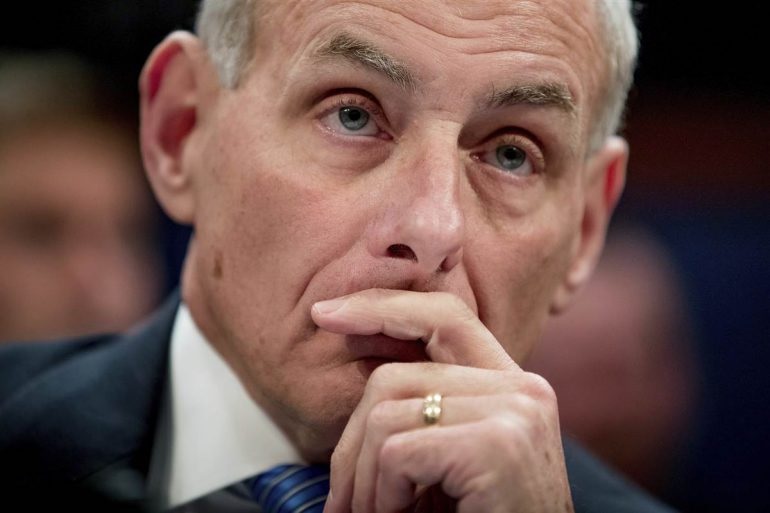 Secretary of Homeland Security John Kelly said Friday that North Korea poses a cyber-threat to the United States but a military strike from the nuclear power is unlikely amid escalating tensions between the two nations.

“In the case of North Korea, you know, a kinetic threat (missile attack) against the United States right now I don’t think is likely, but certainly a cyber-threat,” Kelly told NBC News’ Chuck Todd.

“We would raise various threat levels in the event that something happened and we felt as though that there was a possible threat,” he added. “You always want to caution on the side of — come down on the side of caution.”