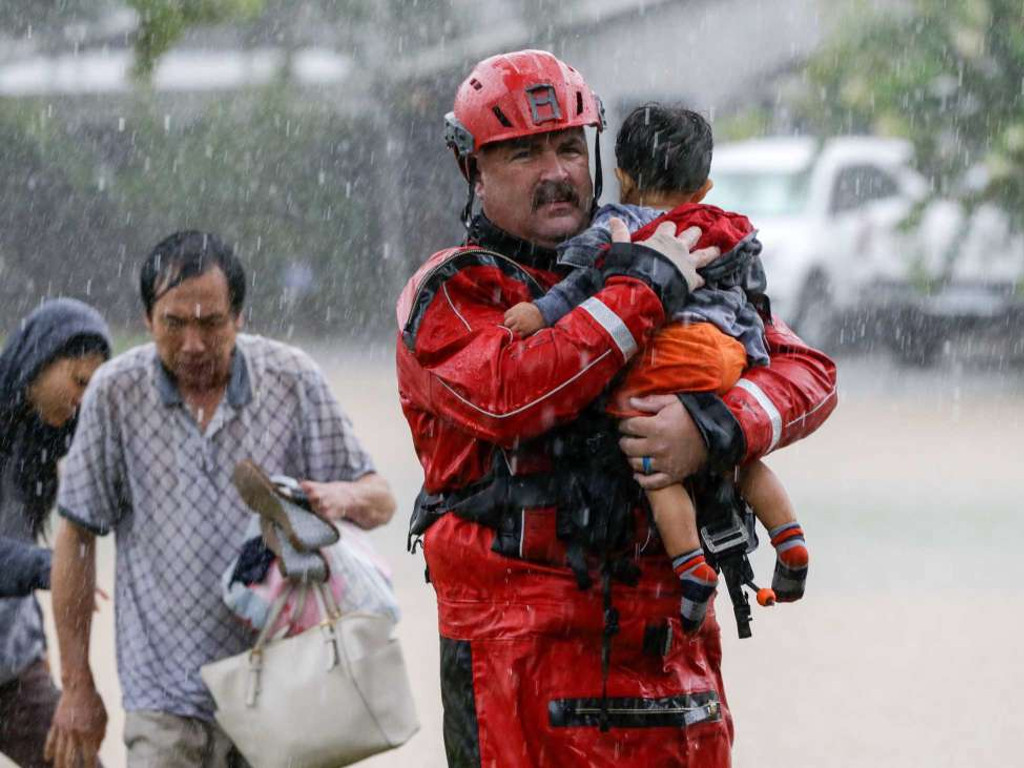 Twitter captures some of the amazing rescues and displays of humanity exhibited during Hurricane Harvey.

Hurricane Harvey smashed into southeastern Texas over the weekend, bringing a large-scale of destruction that experts say will cost billions of dollars to repair.

But, Hurricane Harvey also brought out the courageous and good in some people, which Twitter was on hand to record.

Take a look below.

A few moments ago in Houston. pic.twitter.com/rokkRCiA2P

A man clinging to a street sign, stranded in the middle of dangerously high flood waters, gets an incredible rescue: https://t.co/O0kp2W0FQj pic.twitter.com/crl76RrO5O

AMAZING RESCUE: A person was holding on to their car and trying to survive when two men saved him on the Katy Frwy https://t.co/pIUUByO9QM pic.twitter.com/42JevueFc3

A powerful moment on @CNN just now — a flood rescue with @edlavaCNN https://t.co/4Icgn35WzV