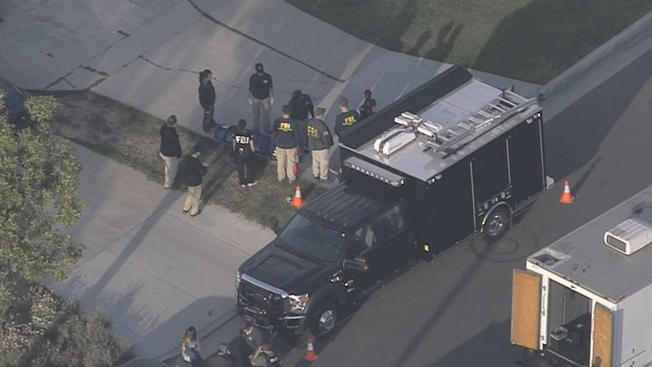 Eleven people were arrested in a series of early morning raids in Los Angeles and Orange counties Tuesday as part of a years-long federal identity-theft and credit card fraud probe.

A warrant was served by FBI agents and other law enforcement agencies about 6 a.m. in the 13800 block of Mansa Drive in La Mirada, said Laura Eimiller of the FBI. Additional searches were carried out in La Habra, Whittier and Norwalk.

Authorities said two other suspects remained at large. Initial federal court appearances in downtown Los Angeles were expected after 2 p.m. for those arrested.

The warrants were served in connection with a 27-count federal indictment unsealed Tuesday detailing a credit and debit card “skimming” operation.