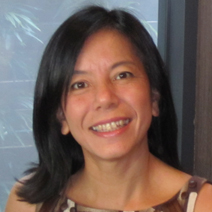 Drawing on new Chinese- and English-language research—including sources at the Library of Congress—she unmasks the backstage world of Chinese opera while also looking at the role of Chinatown theaters in shaping Chinese-American identities and the birth of modern American music.

Rao is professor of music at the Mason Gross School of the Arts at Rutgers University. She has studied connections between China and the West and published on the ways in which modern composers of Chinese origin draw on the gestures, vocal styles and percussion patterns of Chinese opera. She has also explored other aspects of American music, including the life and contributions of American composer Ruth Crawford Seeger.

In 2012, Rao spent time in residency at the Library of Congress as a recipient of the Gerald E. and Corinne L. Parsons Fund Award, established to make the collections of primary ethnographic materials housed at the Library available to researchers. She will discuss her research and her new book at the Library at noon on August 9 in a Benjamin A. Botkin Lecture.

Tell us a little about your book.

The book is about the world of Chinatown theaters, focusing on iconic theaters in San Francisco and New York but also tracing the transnational networks and migration routes connecting theaters and performers in China, Canada and even Cuba.

It brings together the threads of an enormously complex story: on one hand, the elements outside the theaters—including U.S. government policies on Chinese immigration, dissemination through recordings and print materials of the music performed in the theaters, impresarios competing for performers and audiences and business organizations facilitating the functioning of the theaters—and on the other hand, the world inside the theaters, encompassing individual performers, audiences, repertoire and the adaptation of Chinese performance practices to the American immigrant context.

The book also documents the influence of the theaters on the Chinatown community’s sense of its cultural self. Through the study of Chinese-American music as American music, it seeks to revise understandings of the latter by placing the musical activities of an important immigrant group firmly within the bounds of music identified as “American,” liberating it from the ghetto of exoticism. 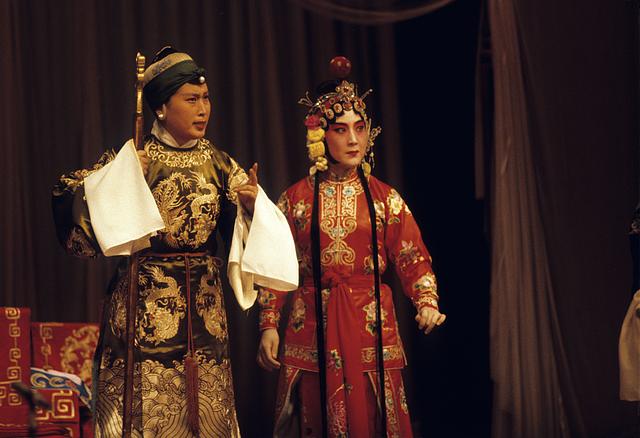 Stage photo of a production of the Chinese opera “Mu Guiying Takes Command” in the collection of Library of Congress. Shown here is the genre of Peking opera.

What inspired you to write about Chinese opera?

I spent many years analyzing American ultramodern music of the 1930s, by composers such as Henry Cowell, Ruth Crawford Seeger, and others. The constant reference to the influence of Chinese opera on their music always intrigued me. When I traced the history further, I realized that not only had Chinese opera, Cantonese opera in particular, been performed in the United States since the 1850s (the first troupe came in 1852), but also that there was an important renaissance of its performance in the 1920s, with six theaters opening across the United States in a short span of three years. It is a much neglected chapter of American music history.

Also, I grew up in Taiwan with parents from mainland China. I knew several different Chinese opera genres from following my mother and nanny as a kid. So the issues of opera and diaspora, family, community and fandom are familiar and particularly meaningful to me.

What collections did you use at the Library?

As a Parsons Fellow, I had wonderful access to collections at the Library of Congress. At the American Folklife Center, the field tapes of Chinese immigrants from the Ethnographic Collections allowed me to learn their cultural expression and social activities in several states around the mid-20th century. These tapes might not be directly related to Cantonese opera, but the voices and utterance of the immigrants gave me an important feel for the social context.

At the Asian Division, I studied many boxes of materials from Chinese performing groups in America, as well as many books on Chinese opera. At the Prints and Photographs Division, I found in the Bain Collection many fascinating photos of New York’s Chinatown in the 1910s, including the design of a Chinese theater that never got built! The pictorial collections of early San Francisco souvenirs and books were amazing as well, showing many details about 19th-century Chinese theaters that I had not encountered elsewhere. Other drawings, photos and prints from different cities also contain voluminous images of early Chinese immigrant communities—street views, parades, architecture, pedestrians, interiors, families, crowds at community bulletins—through which I built an understanding of cities where the Chinatown theaters thrived and were embraced by both locals and visitors from afar.

What was the importance of Chinese opera to the Chinese-American immigrant community?

Whether for young children and their families, men and women doing menial work at laundries or merchants and store owners, Cantonese opera was an important form of musical utterance. Few other genres matched opera songs as apt expressions of mood, values and feelings for them. In particular, during the period of renaissance in the 1920s, live performance was still the most important form of entertainment and theaters the largest gathering place in the community.

With many stellar opera performers, Chinatown theaters attracted new audiences to Cantonese opera as well: those who attended because they were the talk of the town, those who were attracted by the Chinese identity they symbolized and, last but not least, those second generation Chinese-Americans for whom the theaters were everything from playground to education in all things Chinese.

In addition to theaters, Cantonese opera records began to be very popular in late 1920s with the advent of better technology, so opera could be heard everywhere—in stores, on streets and in homes, as well as places far away from any Chinese theaters. The arias were also common in print form as published anthologies of lyrics, pamphlets that came with recordings and playbills on which lyrics were printed. I wrote about a Chinese-American woman growing up in Mississippi listening to Cantonese opera recordings in the back of her family grocery store who felt “at home” when she eventually visited San Francisco’s Chinese theater for the first time! Sonic literacy underpinned her feeling of cultural belonging and triggered a sense of social identity.

When did people from outside the immigrant community start attending performances?

From 1852, when they first appeared in United States (at the American Theater in San Francisco), Chinese opera theaters were entertainment to all at the frontier. In 1868, the Daily Dramatic Chronicle reported that Chinese theater had the fourth highest revenue in San Francisco, out of nine theaters listed. As Chinatowns began to be established, Chinese theaters became an important tourist destination. Many of these audiences from outside the immigrant community were attracted by elaborate and spectacular costumes, tumbling and acrobatic movement. But some were attracted by the performing styles as well, such as members of California’s Bohemian Club, whose own drama drew inspiration and even materials from Chinese opera theaters.

In the Roaring Twenties, many forward-thinking performing artists and composers from outside of Chinese communities attended performances and drew from the aesthetics and expression to craft modern music, theater and dance. Composers such as John Cage and Lou Harrison were famous examples.

How has Chinese opera influenced the broader American musical culture?

In addition to their influence on American modern music, dance and theater of the 1920s and 1930s, Chinatown opera theaters were an important part of urban histories. Many amateur groups or clubs such as the Bohemian Club emulated their performing styles; jazz musicians of the early 20th century commonly adopted a drum used in Chinese opera accompaniment; and Chinese theaters became the basis of plays such as “The Yellow Jacket” and operas like “L’Oracle” and “Fay Yen Fah.” In addition, in the form of social memory, Chinese opera continues to be symbolically significant in the work of our contemporary Asian-American authors and artists, such as Maxine Hong Kingston, David Henry Hwang, Fred Ho, Frank Chin and Amy Tan, among others.

What was it like to work at the Library and with Library staff?

As a Parsons Fellow, I received a great deal of support and generous help from staff members at the Folklife Center. They not only gave me direction in using their collection and dug out obscure materials for my research, even if only tangentially related, but they also introduced me to librarians and staff in other divisions of the Library. I have remained in contact with some of them, and continued to draw on their help from afar when I was writing the book. I remain grateful for the experience.