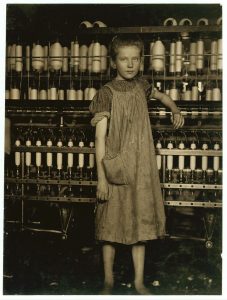 Addie Card, whose photo inspired Joe Manning to launch a project to tell the stories of the people whose lives early 20th-century photographer Lewis Hine documented.

In fall 2005, Joe Manning agreed to help his friend, author Elizabeth Winthrop, with a task that had become something of an obsession for her: discovering the story of a little girl staring intently out of a 1910 picture taken at a Vermont cotton mill. Winthrop had encountered the image in an exhibition of child-labor photographs by Lewis Hine, and she couldn’t get the girl out of her mind — Winthrop had based the character Grace in her soon-to-be-published novel “Counting on Grace” on her. Through research, Winthrop had determined that the girl’s real name was Addie Card, but she wanted to know more, so she asked Manning, a New England writer and genealogist, for help.

From 1908 to 1924, Hine took thousands of pictures for the National Child Labor Committee, exposing the often-dangerous conditions children endured working at textile mills, coal mines, vegetable farms, fish canneries and as late-night “newsies” on urban streets. Hine’s collection of more than 5,000 photographs is held by the Library of Congress and searchable on the Library’s website.

Since tracking down Addie’s story, Manning has researched and written about more than 300 other children Hine photographed as well as Americans photographed by the Farm Security Administration (FSA) in the 1930s and 1940s, another collection in the Library’s holdings.

Here Manning answers a few questions about his background and his quest to find the identities of the everyday people captured in long-ago photographs. 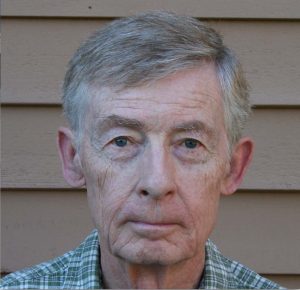 Tell us a little about your background.
I majored in sociology in college, and then had a 30-year career as a social worker for the state of Connecticut. At the same time, I had serious avocations as a songwriter and a freelance journalist. After I retired, I became interested in public history and wrote two books about North Adams, a small city in Massachusetts known historically for its many textile mills. It was there that I met author Elizabeth Winthrop and learned about Lewis Hine.

What inspires you to tell the stories of people in historical photos?
Insatiable curiosity, and my long-held belief that the stories of these working-class people are sadly missing from our history books. I have learned that in most cases, if I am successful in contacting descendants of the subjects in the photos, it will be the first time they have seen the photo of their ancestor. That in itself inspires me to keep choosing more and more photos to research. How can I resist? 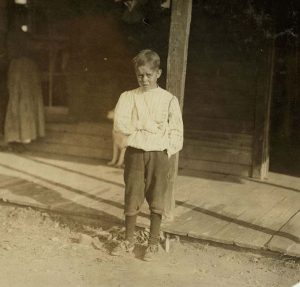 Giles Newsom, photographed by Hine in 1912.

Briefly, what is Addie’s story?
She quit school after the fourth grade to work in a cotton mill, had a long and difficult life, survived until the age of 94 and was loved and revered by her children, grandchildren and great-grandchildren. And none of those family members had ever seen Hine’s photo of Addie until I contacted them.

How do you choose which individuals to research?
It’s often the character of the face, staring back at me from the photo, and how I react to it emotionally. For obvious reasons, it is best to choose a photo that has a child’s name in the caption; but in some cases, I have been able to identify unnamed children. I also try to have a variety of occupations and localities represented.

Which stories stand out to you?

Here are a few: 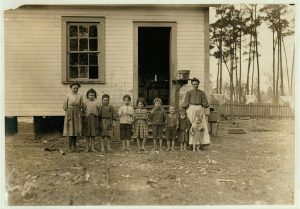 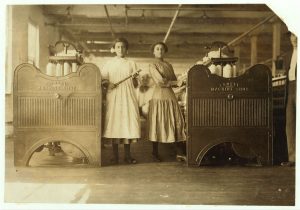 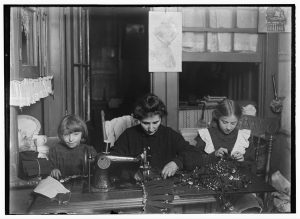 How are you making the stories available?
They are all on my website — MorningsOnMapleStreet.com — and anyone can see them for free.

What is the value, in your view, of the Library’s making available the collections you use?
The collection is indispensable to the study of American history. With the FSA collection and the Hine collection, we have a remarkable record of what poor and working-class people looked like in the first half of the 20th century, how they were dressed and how their daily lives were lived. I often refer to the collection as a treasure chest of unfinished stories.