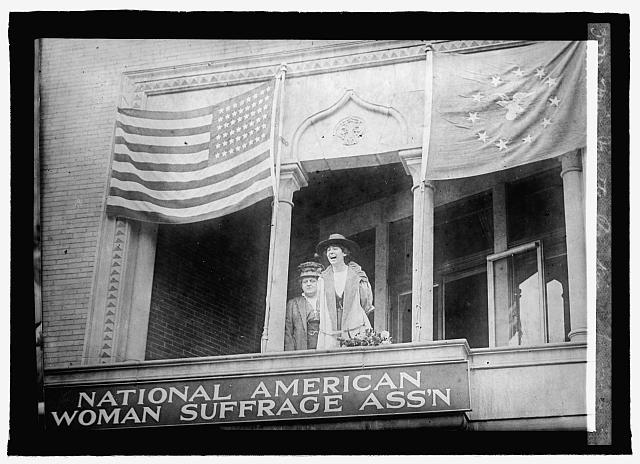 This post is adapted from an upcoming article in the Library of Congress Magazine.

Jeannette Rankin addresses a D.C. crowd just before her swearing in, April 2, 1917. Library of Congress Prints and Photographs Division

Montana’s Jeannette Rankin came to Capitol Hill as the first woman elected to Congress in the spring of 1917. She was 36, Republican, single, a trailblazing suffragist and lobbyist. Nearly 7,000 representatives had served in the House’s 128 years, all of them men. When she was sworn in on April 2, she got an enthusiastic round of applause from the gentlemen in the chamber, but she soon found Congress to be not particularly honest and beset by lousy reporters.

“No doubt you have read in the papers about my ‘red hair’ and ‘sending the fathers to war’ and other inventions of the eastern press,” she wrote in a letter to constituents on June 1, 1917. “I wish you were here to see Congress working and to know the true facts.” 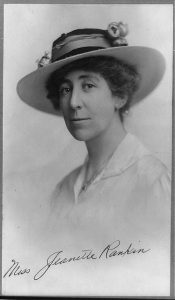 Some 102 years later, congressional complaints about D.C. dishonesty and problematic reporters remain pretty much the same.

Otherwise, a century after the 19th Amendment granted women the right to vote and altered American society, the political descendants of Rankin and other suffragists operate in a landscape their forebears could not have envisioned. The fundamental push of the suffrage movement was toward democracy, of opening the voting booth to millions of Americans, and that increased access to the ballot, over time, has fundamentally changed Capitol Hill.

A record number of women were sworn in as members of the 116th Congress – 102 in the House, 25 in the Senate. Nancy Pelosi (D-Calif.) resides as the Speaker of the House. A woman won the popular vote for president in the 2016 election. Four female senators and one representative have so far announced they are running for the Oval Office in 2020.

Many of the incoming class wore white to their swearing-in ceremony, in homage to the suffragists who wore the color, often head-to-toe, to symbolize their purity and virtue. But the suffrage movement was dominated by white Christian women (racism was a consistent problem for the movement). Today, the women in Congress are as diverse as the nation they represent: staunchly conservative, fiercely liberal, moderates, white, black, brown, straight, lesbian, Christian, Jewish, Muslim, Native American and so on. In 1989, when the youngest member, 29-year-old Alexandria Ocasio-Cortez (D-N.Y.), was born in the Bronx, the oldest member, 85-year-old Dianne Feinstein (D-Calif.), had already served as mayor of San Francisco, 3,000 miles away, for a decade.

Still, these women compose just 25 percent of Congress, roughly half of their presence in the electorate. Of the 365 women who have served in Congress, 131 are current members. 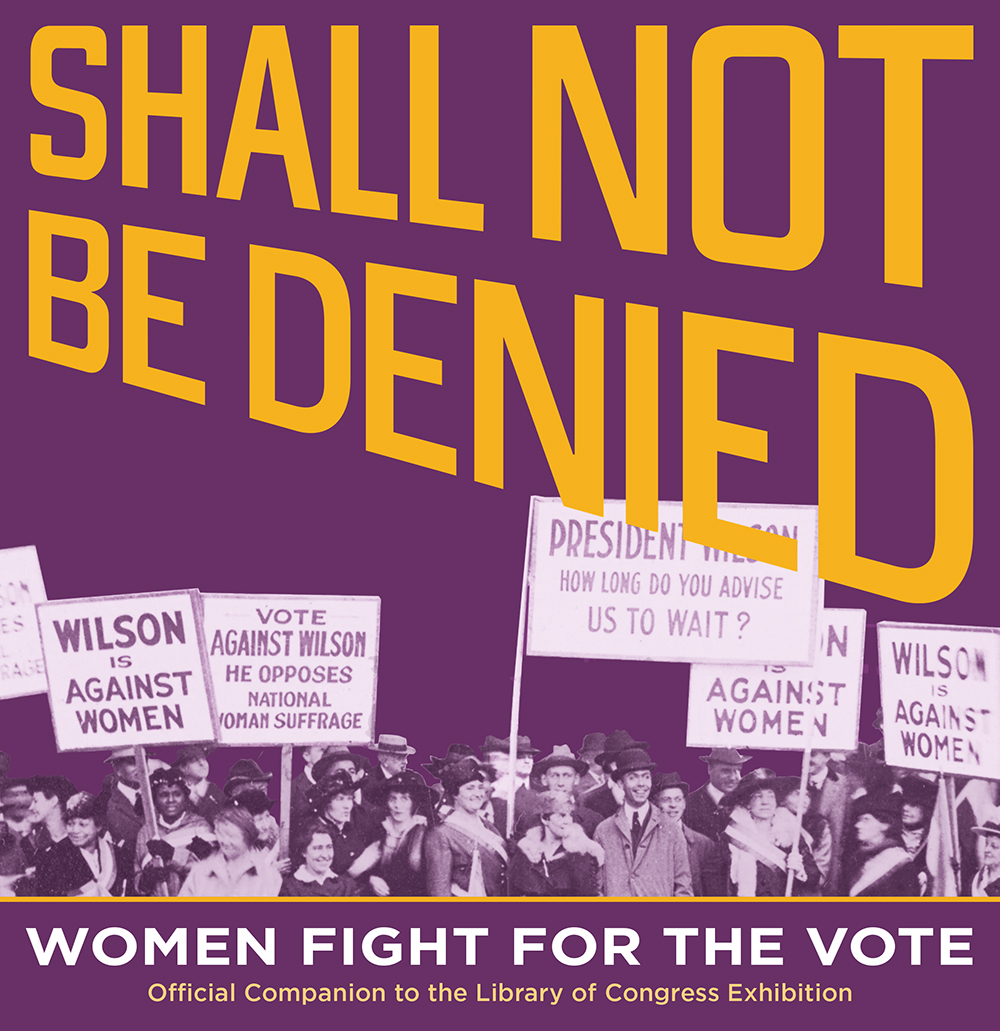 “Not until 1990s were there enough women so that they could drive a legislative agenda,” says Matt Wasniewski, Historian of the House of Representatives and editor of “Women in Congress 1917-2006.” “About four-fifths of all women who have served in Congress were elected after 1970.”

Why that matters in a such a fundamental way became apparent in a series of oral histories Wasniewski and his staff conducted with women who had been legislators and staffers. They recalled the frustrations of being the only woman at one committee meeting or another and seeing their ideas ignored.

“Having a seat at the table mattered because, as so many of our interviewees pointed out, women brought their perspectives that in many cases the men had never even considered,” Wasniewski said.

The fight to get women the vote — the longest reform movement in American history — is chronicled in “Shall Not Be Denied: Women Fight for the Vote,” a year-long exhibition by the Library (along with a companion book by Rutgers University Press) that opens on June 4, the 100th anniversary of Senate passage of the 19th Amendment. The exhibit and book draw heavily on the Library’s records from icons such as Susan B. Anthony, Elizabeth Cady Stanton, Mary Church Terrell, the National Woman’s Party and the National American Woman Suffrage Association.

The suffragists, it has to be recalled, were not just battling for a ballot; they were also taking on deeply entrenched views of religion, social order and human genetics.

“First and foremost, what you see in the objections to suffrage is that it wasn’t God’s will,” says Aimee Hess, managing editor of the Library’s Publications Office and an editor of “Shall Not Be Denied.” “Motherhood was to be a woman’s most important duty, and that was wrapped up in traditional and often religious ideals.”

When Rankin arrived in 1917, there was no concept of women holding serious political power, particularly on a national level. Several states allowed women to vote (including Montana), but the 19th Amendment wasn’t certified until 1920, when Rankin was already out of office.

She was such a novelty that, when she was elected, the Journal Gazette of Fort Wayne, Indiana, described her as “a grey-eyed, slender girl with the enthusiasm of a zealot, the simplicity of a child and the energy and fire of a race horse.” 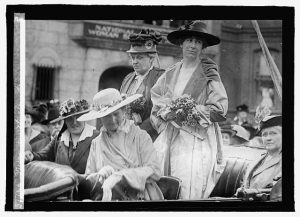 Rankin and fellow suffragists, circa 1909-1920. Library of Congress Prints and Photographs Division

Reporters tracked her every movement. She got endorsement deals, a column in a prominent paper in Chicago and a $500-per-gig speaking fee. The limelight, she later recalled, was “a great shock.”

But the handful of women elected to Congress over the next three decades mostly downplayed their gender and eschewed symbolic leadership. Alice Mary Robertson, a stern missionary from Oklahoma, was the second woman elected to Congress in 1921. She didn’t care for the suffrage movement or most of the women in it. “I came here to Congress to represent my district,” she said, “not women.”

During these decades, it was mostly women who were spouses of powerful men – such as Eleanor Roosevelt – or their widows, often working in reform movements, who exercised the most influence in society, rather than women elected to Congress.

That only began to change in the 1970s, when women began to win local and state offices, setting the generational stage for the surge in women in Congress in the 1990s, which, in turn, laid the groundwork for the Congress that governs the nation today.