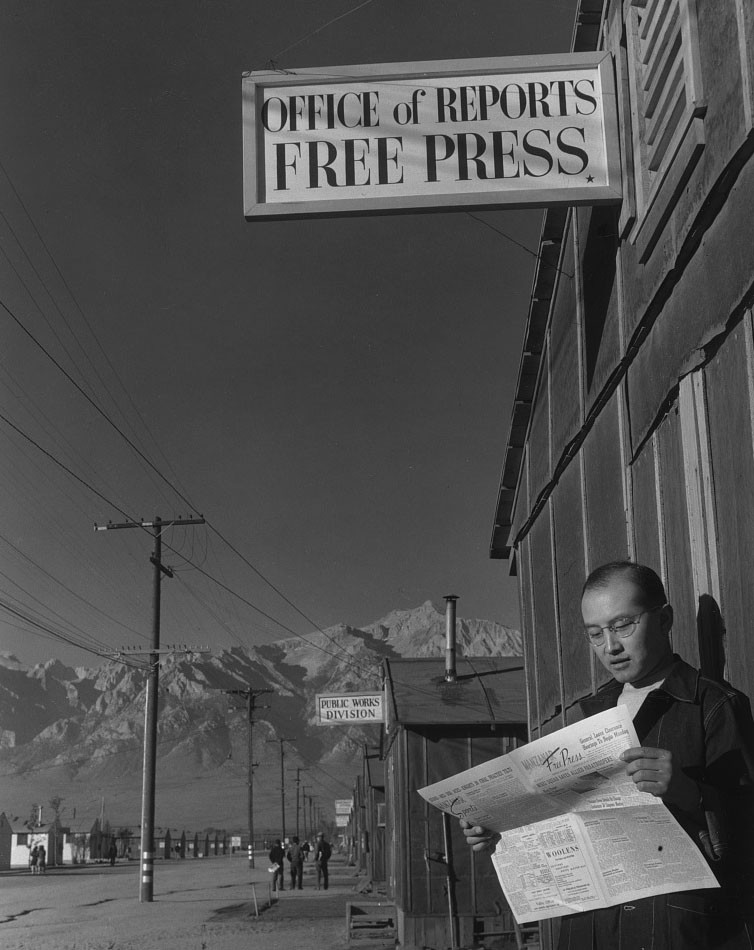 The following is a guest post by Mark Hartsell, editor of the Library of Congress Gazette, about a collection of newspapers published by Japanese-Americans held in U.S. internment camps during World War II. The Library placed the newspapers online today.

For these journalists, the assignment was like no other: Create newspapers to tell the story of their own families being forced from their homes, to chronicle the hardships and heartaches of life behind barbed wire for Japanese-Americans held in World War II internment camps.

“These are not normal times nor is this an ordinary community,” the editors of the Heart Mountain Sentinel wrote in their first issue. “There is confusion, doubt and fear mingled together with hope and courage as this community goes about the task of rebuilding many dear things that were crumbled as if by a giant hand.”

Today, the Library of Congress places online a rare collection of newspapers that, like the Sentinel, were produced by Japanese-Americans interned at U.S. government camps during the war. The collection includes more than 4,600 English- and Japanese-language issues published in 13 camps and later microfilmed by the Library. 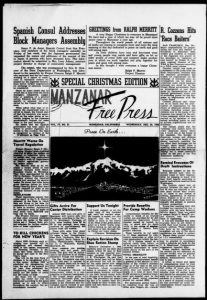 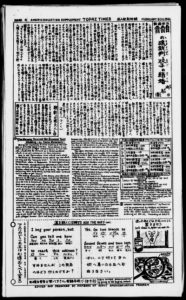 “What we have the power to do is bring these more to the public,” said Malea Walker, a librarian in the Serial and Government Publications Division who contributed to the project. “I think that’s important, to bring it into the public eye to see, especially on the 75th anniversary. … Seeing the people in the Japanese internment camps as people is an important story.”

Following the Japanese attack on Pearl Harbor in December 1941, President Franklin D. Roosevelt signed an executive order that allowed the forcible removal of nearly 120,000 U.S. citizens and residents of Japanese descent from their homes to government-run assembly and relocation camps across the West—desolate places such as Manzanar in the shadow of the Sierras, Poston in the Arizona desert, Granada on the eastern Colorado plains.

They founded newspapers, too—publications that relayed official announcements, editorialized about important issues, reported camp news, followed the exploits of Japanese-Americans in the U.S. military and recorded the daily activities of residents for whom, even in confinement, life still went on.

In the camps, residents lived and died, worked and played, got married and had children. One couple got married at the Tanforan assembly center in California, then shipped out to the Topaz camp in Utah the next day. Their first home as a married couple, the Topaz Times noted, was a barracks behind barbed wire in the western Utah desert.

Mimeographs and Printing Presses
The internees created their publications from scratch, right down to the names. The Tule Lake camp dubbed its paper the Tulean Dispatch—a compromise between The Tulean and The Dusty Dispatch, two entries in its name-the-newspaper contest. (The winners got a box of chocolates.) 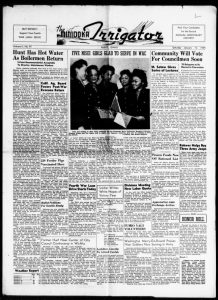 Most of the newspapers were simply mimeographed or sometimes handwritten, but a few were formatted and printed like big-city dailies. The Sentinel was printed by the town newspaper in nearby Cody, Wyoming, and eventually grew a circulation of 6,000.

Many of the internees who edited and wrote for the camp newspapers had worked as journalists before the war. They knew this job wouldn’t be easy, requiring a delicate balance of covering news, keeping spirits up and getting along with the administration.

The papers, though not explicitly censored, sometimes hesitated to cover controversial issues, such as strikes at Heart Mountain or Poston.

Instead, many adopted editorial policies that would serve as “a strong constructive force in the community,” as a Poston Chronicle journalist later noted in an oral history. They mostly cooperated with the administration, stopped rumors and played up stories that would strengthen morale.

Demonstrating loyalty to the U.S. was a frequent theme. The Sentinel mailed a copy of its first issue to Roosevelt in the hope, the editors wrote, that he would “find in its pages the loyalty and progress here at Heart Mountain.” A Topaz Times editorial objected to segregated Army units but nevertheless urged Japanese-American citizens to serve “to prove that the great majority of the group they represent are loyal.”

“Our paper was always coming out with editorials supporting loyalty toward this country,” the Poston journalist said. “This rubbed some … the wrong way and every once in a while a delegation would come around to protest.”

Like Small-Town Papers
The newspapers maintained a small-town feel, reading like a paper from anywhere in rural America. They announced new library additions, promoted job opportunities, covered baseball games between residents, posted church schedules and advertised shows (“‘Madame Butterfly’ will be presented by Nobuio Kitagaki and his puppeteers”).

They often reflected a grin-and-bear-it humor about their plight. The Tanforan center was built on the site of a horse track, and some residents were quartered in horse stalls that once housed champion thoroughbred Seabiscuit—the source of frequent jokes in the camp newspaper, the Tanforan Totalizer.

A column of whimsical items was named “Out of the Horse’s Mouth.” A story headlined “Home Sweet Stall” reported on progress in living conditions: “Though still far from an earthly paradise, Tanforan has come a long way since the first week when residents were whinnying to one another, ‘Is it my imagination, or is my face really getting longer?’”

As the war neared its end in 1945, the camps prepared for closure. Residents departed, populations shrank, schools shuttered, community organizations dissolved and newspapers signed off with “–30–,” used by journalists to mark a story’s end.

That Oct. 23, the Poston Chronicle published its final issue, reflecting on the history it had both recorded and made.

“For many weeks, the story of Poston has unfolded in the pages of the Chronicle,” the editors wrote. “It is the story of people who have made the best of a tragic situation; the story of their frustrations, their anxieties, their heartaches—and their pleasures, for the story has its lighter moments. Now Poston is finished; the story is ended.

“And we should be glad that this is so, for the story has a happy ending. The time of anxiety and of waiting is over. Life begins again.” 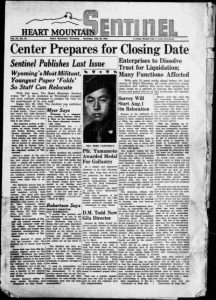 The collection is available here.