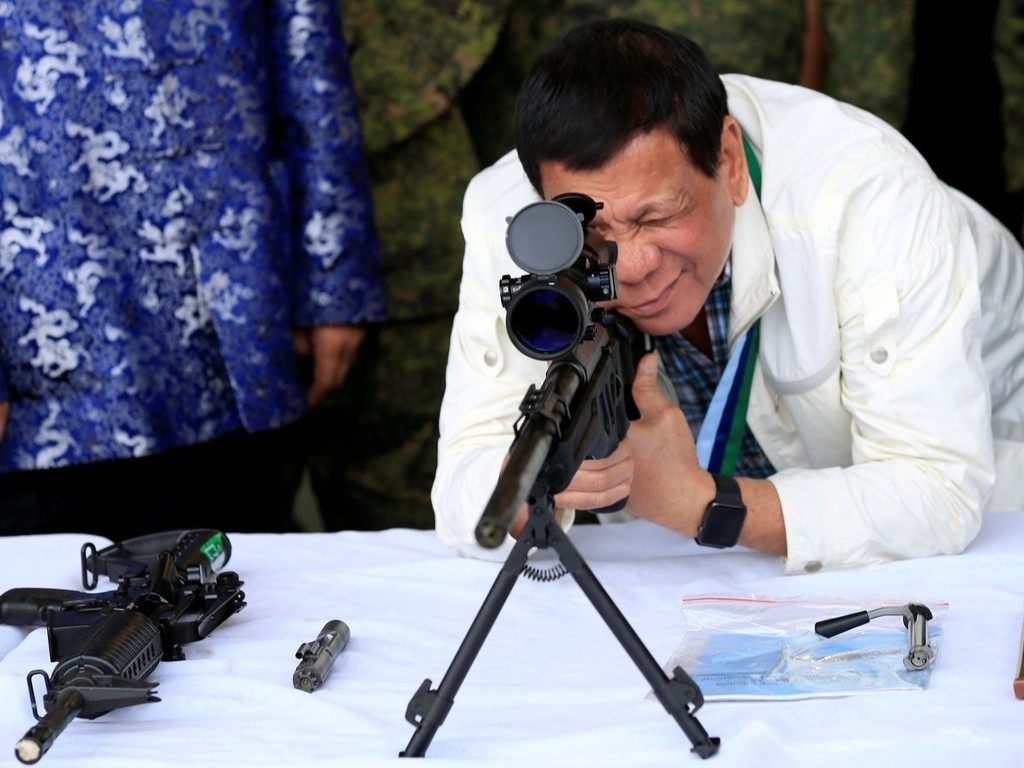 Philippine President Rodrigo Duterte has told police that they could kill “idiots” who violently resist arrest.

Philippine President Rodrigo Duterte has told police that they could kill “idiots” who violently resist arrest.

Duterte made the remarks two days after hundreds of people turned the funeral of a teenager – killed during a police raid – into a protest against the president’s deadly war on drugs.

Duterte unleashed his war on drugs and crime after taking office in June last year on the back of an election campaign which promised the use of deadly force to deal with the scourge of drugs and crime.

“Your duty requires you to overcome the resistance of the person you are arresting… (if) he resists, and it is a violent one… you are free to kill the idiots, that is my order to you,” Duterte told police chief Jovie Espenido. Espenido is the chief of police of a town in the south where the mayor was killed in an anti-drugs raid.

The comments were made during a prepared speech made by the president at the Hero’s Cemetery on the outskirts of Manila on Monday. Duterte broke away from his prepared speech to address Espenido.

He did add that “murder and homicide and unlawful killings” were not allowed and he urged police to uphold the rule of law while exercising their duties.

Duterte also met with the parents of the slain teenager Kian Loyd delos Santos, 17, at the presidential palace on Monday.

Delos Santos was apparently dragged by plain-clothes policemen to a dark, trash-filled alley in northern Manila before he was shot in the head and left next to a pigsty, eyewitness accounts say, which are reportedly supported by CCTV footage.

Police contradicted the reports, saying they acted in self-defence after the teen opened fire on them. Duterte’s spokesperson and the justice minister dismissed his death as an “isolated” case.