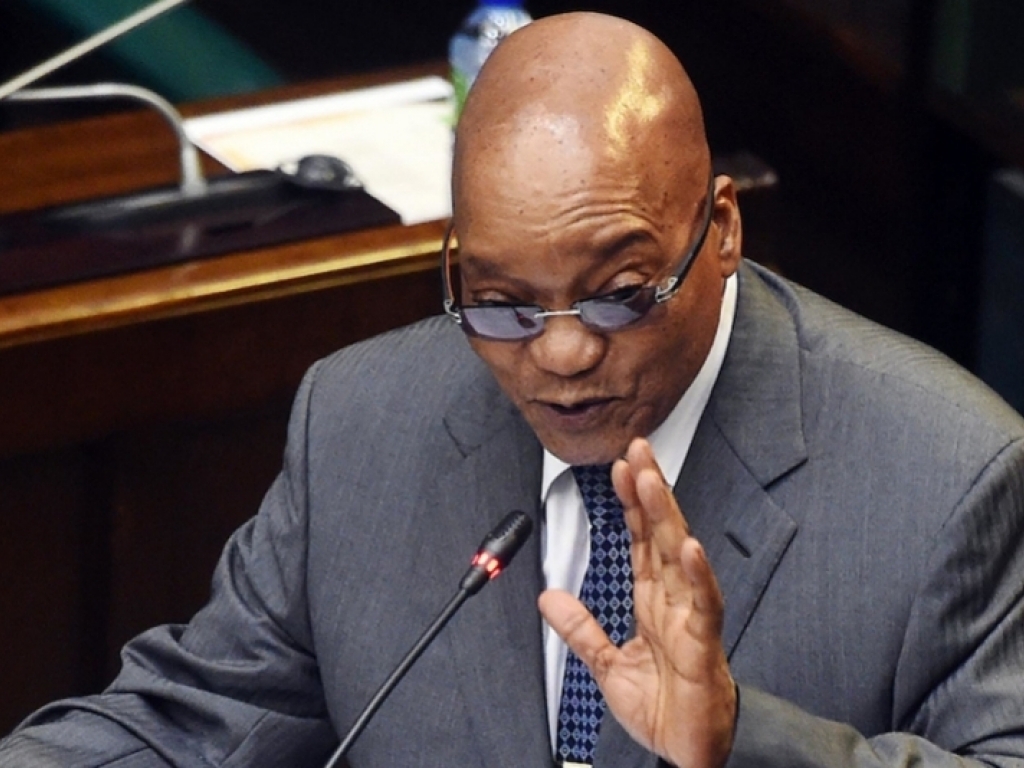 Parliament is preparing for a secret ballot in a vote of no confidence against President Jacob Zuma.

Parliament is preparing for a secret ballot in a vote of no confidence against President Jacob Zuma.

The cameraman are told not to zoom in on the booth to protect the integrity of the secret ballot. Speaker has advised that they leave the house.

Secretary calls on members to vote.

Baleka Mbete gives the rules for the procedure.

Doors to be locked for the duration of voting. Table staff showing ballot boxes are empty.

Opposition parties argue that adjustments should be made in regards to the 5 vacant parliamentary seats that are vacant.

Parliament is setting up for the voting process.

The debate has concluded Mbete puts the motion forward to the house.

Seating has been suspended until the bells ring to calls members back and voting will begin.

"The ANC will remove themselves in 2019, we just want to remove Edwards Father" – @FloydShivambu 😂😂 this man is a role model #ZumaVote

Mapisa-Nqakula: Our task as ANC is to grow economy and fight crime and corruption, but opposition wants to divide us more #ZumaVote @Fin24

Can we please be put first as SOUTH AFRICANS#NoConfidence #ZumaVote

Van Damme: Rare moment for the ANC, can you ignore the grand corruption of Mr Jacob Zuma #ZumaVote @ANN7tv @The_New_Age

Next up to speak is ANC deputy chief whip Doris Dlakude. She says that “the motion is their publicly-stated ambition of regime change”.

Malema appealing to Ramaphosa to write his own history and do the right thing. I couldn't have said it better. Good speech. 👏🏾👏🏾#ZumaVote

“We are not sell-outs,” Dlakude says. “We know who sent us here. We will vote ANC.”

This #ZumaVote will also show whether the problem lies with just the president or the party as a whole.

Now that Malema has finished, the red overalls in the crowd are getting up and making themselves heard. Rabble, rabble, rabble.

EFF leader Julius Malema is having his say. He calls Zuma “the most corrupt individual in this country”.

“We are rising against the Guptas,” Malema says.

I hate it when @MmusiMaimane quotes Mandela. Can he not quote Verwoerd, Die Groot Krokodil? #ZumaVote

14:14 DA leader Mmusi Maimane is addressing the parliament, urging MPs to prioritise country over party by saying that “today out choice is between right or wrong”.

#VoteOfNoConfidence EFF march to the union buildings has started pic.twitter.com/H2hsKwP5VI

#VoteofNoConfidence Maimane heckled as he recalls growing up in Soweto. Says he’s fighting a new type of oppression. LD