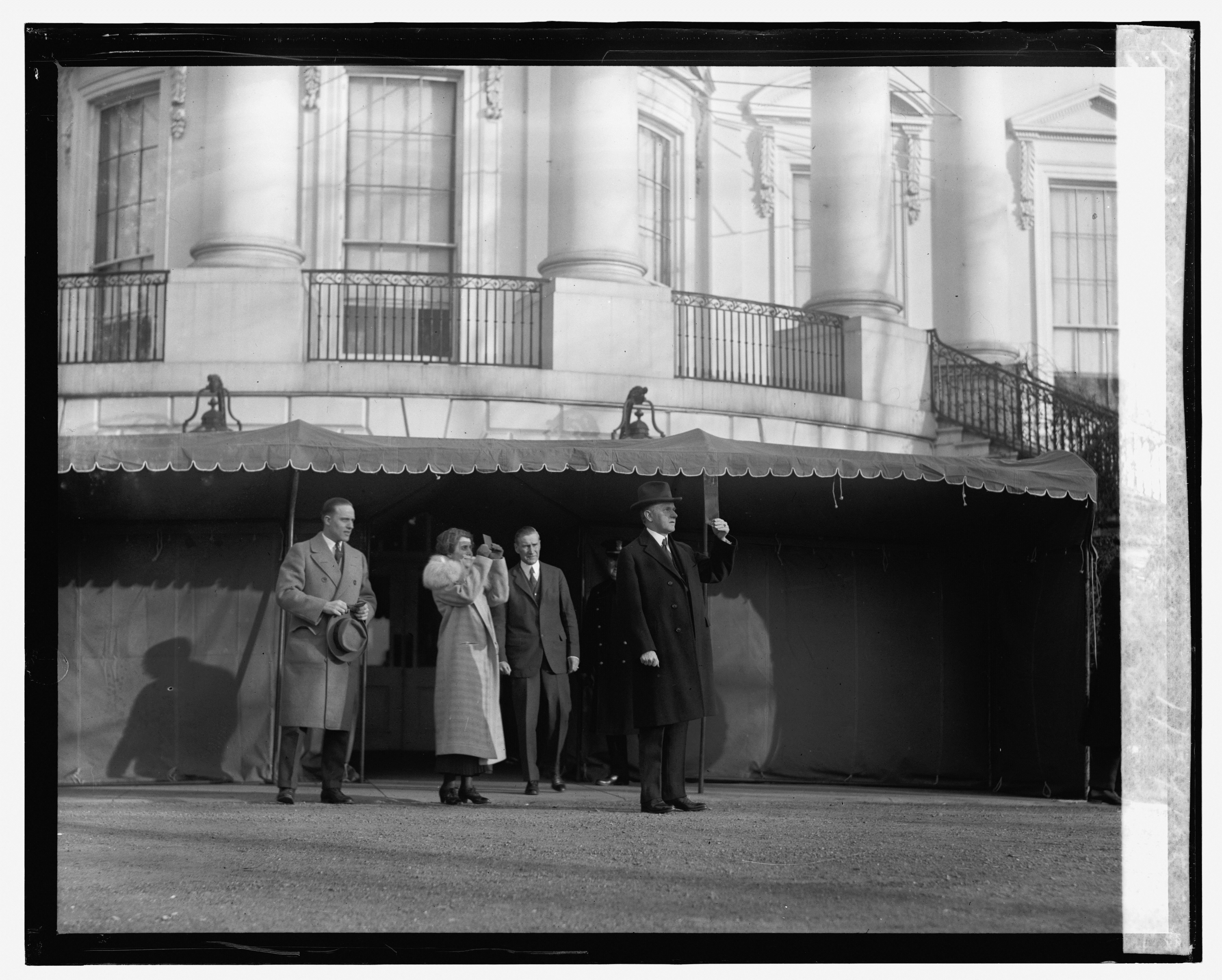 This is a guest post by Kristi Finefield, a reference librarian in the Prints and Photographs Division. It was first published on “Picture This,” the division’s blog.

“Thousands of residents stood with necks craned and peered wide-eyed through smudged glass as the moon sped between the sun and earth, gradually shutting off the bright morning light. From President Coolidge to the urchins with bundles of papers under their arms, the city marvelled at the awesome but magnificent sight.”
—Washington Post, Jan. 25, 1925

If you take away the obvious differences (Coolidge is president, paperboys on the streets), I imagine a similar scene taking place today during our solar eclipse. As in 1925, Washington, D.C., is outside the “path of totality” but will still be able to witness a partial eclipse, with the moon covering about 80 percent of the sun. (In 1925, it was 95 percent covered.) I expect many will step outside, myself included, and turn their eyes to the sky to witness the phenomenon firsthand. (I plan to wear specially made glasses, rather than relying on “smudged glass,” as mentioned in the article.)

President and Mrs. Coolidge both stood on the White House lawn on a freezing day in January 1925 to view the partial eclipse as it began, as seen below. They watched in the cold for a short while; after the president returned to work, he used his darkened glass plate (which was likely a developed photographic glass plate) to view the eclipse at its peak from inside the White House.

President and Mrs. Coolidge view eclipse of the sun on January 24, 1925.

Other prominent Washington, D.C., officials took the time to view the 1925 eclipse as well, such as Postmaster General Harry New and Gen. John A. LeJeune, commandant of the U.S. Marine Corps. Most relied on a piece of darkened glass for viewing, as depicted in these photos. 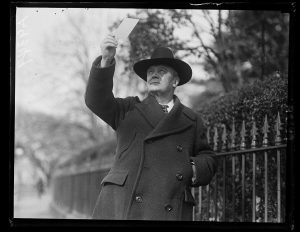 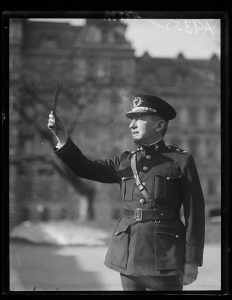 Not satisfied with a casual look with the naked eye, astronomers at the U.S. Naval Observatory lined up with their telescopes to get a better view of the 1925 eclipse. 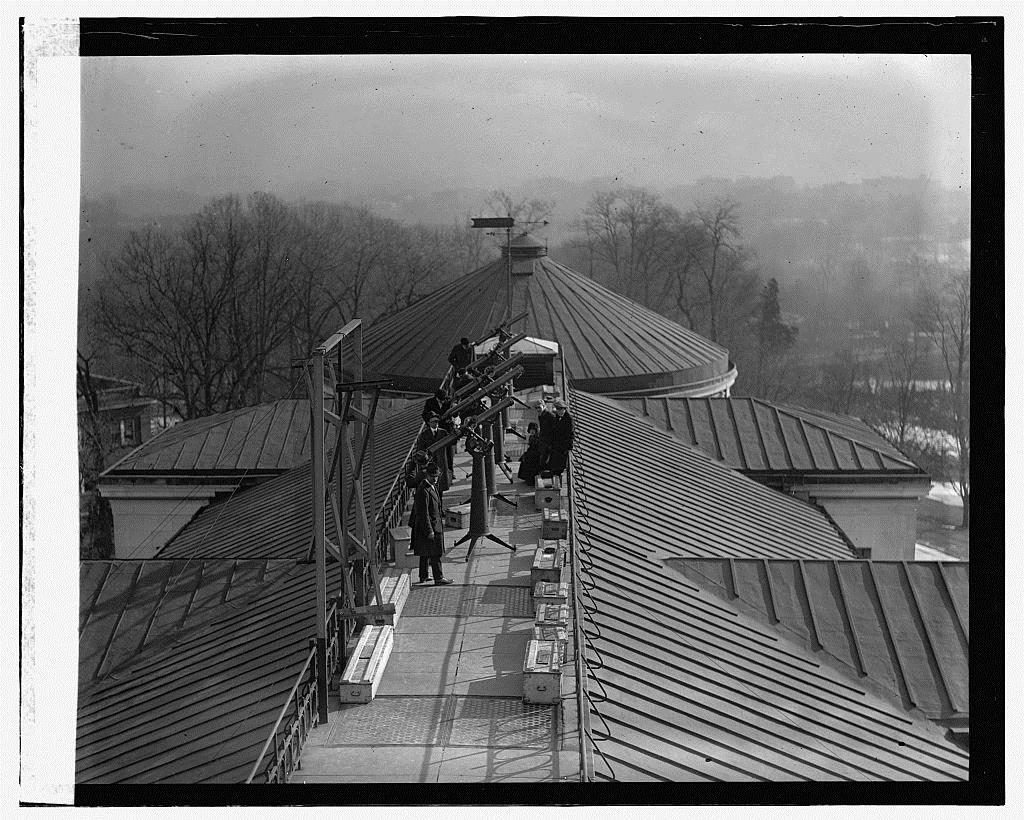 Astronomers at the Naval Observatory

And of course, many were not content to simply watch a solar eclipse, but endeavored to capture and document the event. The eclipse in January 1925 was photographed and filmed from the dirigible USS Los Angeles by a team formed by the U.S. Naval Observatory and the U.S. Bureau of Standards. Some members of the team posed with one of the specially designed cameras destined for the airship in the photo below. 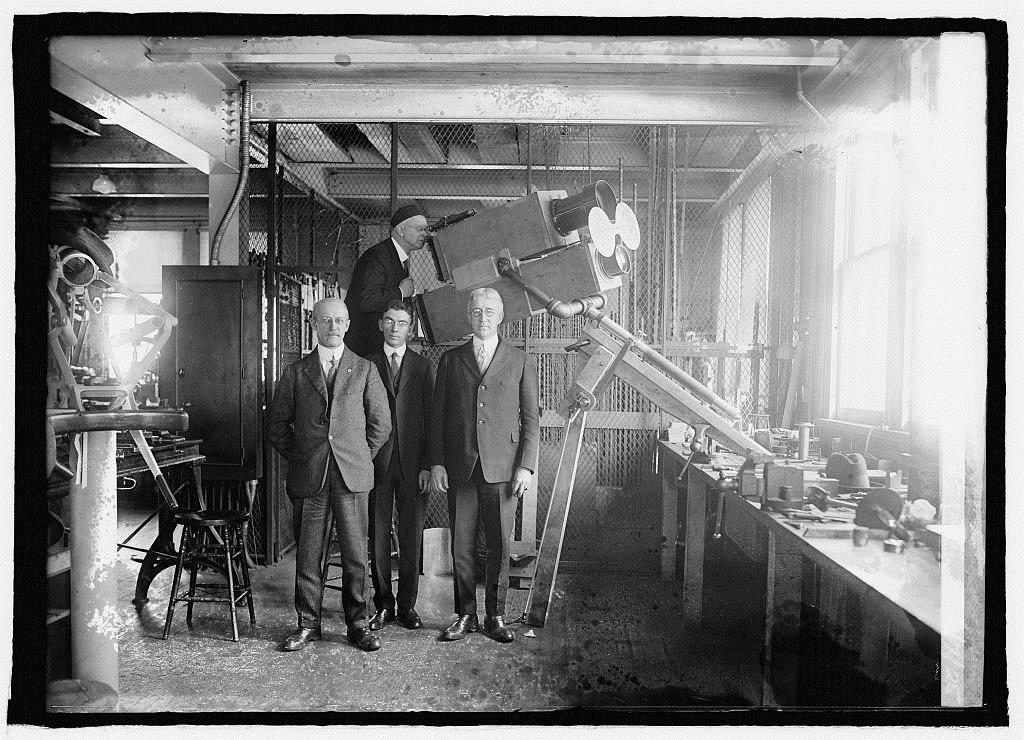 A team planning to photograph the eclipse from the USS Los Angeles pose with a specially designed camera.

Flown into Washington, D.C., in order to be christened by President Coolidge in November 1924, the USS Los Angeles took a tour over the nation’s capital a few months before its eclipse expedition. In the photo below, the airship is above the National Mall, with the U.S. Capitol in the background. 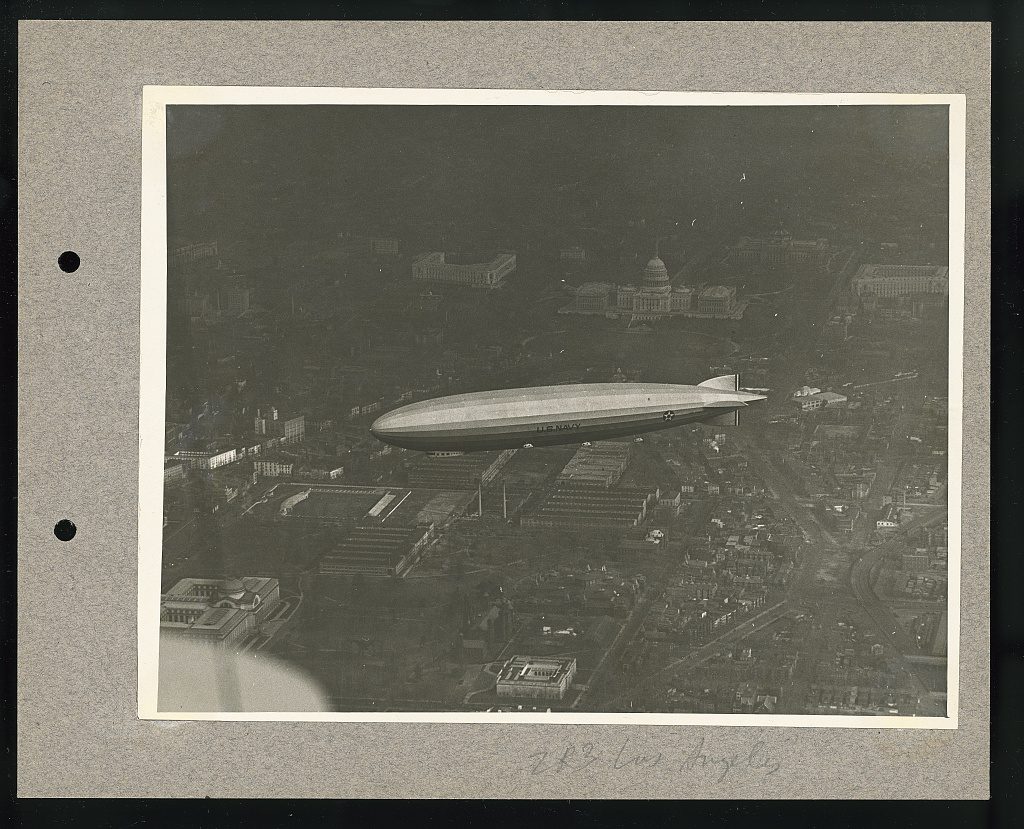 The USS Los Angeles flies above Washington, D.C., before its eclipse expedition.

Capturing natural phenomena through a camera lens was nothing new, however. Scientists recognized the usefulness of photography to their work almost immediately after its invention. By the 1850s, photographers began documenting eclipses for scientific study. A volume of photos in the Prints and Photographs Division’s collections systematically shows the incremental phases of the solar eclipse of May 26, 1854. An example of one of the photos is featured below on the top. For comparison, on the bottom is a photo taken in New York during the January 1925 eclipse. 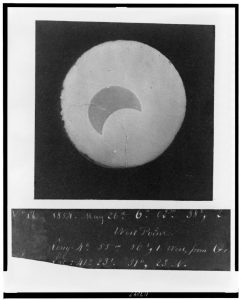 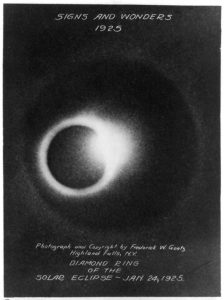 Diamond ring of the 1925 eclipse. Photo by Frederick W. Goetz.

Celestial events such as solar eclipses are studied and documented by scientists and armchair astronomers. Witnessing the totality is an event that drives people to travel thousands of miles. Photographers study methods for capturing images of the moon blocking the sun. But even if you aren’t going to such lengths, all you really have to do today to see something remarkable is take a few minutes and look to the sky—with proper eye protection, of course!