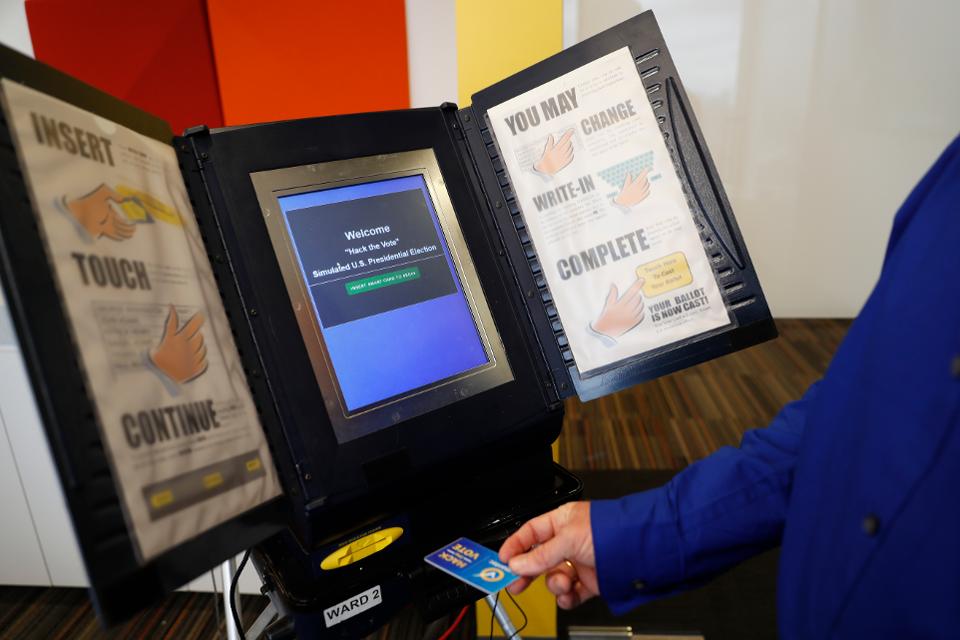 In a muggy little room in the far corner of Caesar’s Palace, wide-eyed and almost audibly buzzing is Carsten Schurmann. The German-born hacker has just broken into a U.S. voting machine with his Apple Mac in a matter of minutes. He can turn it on and off, he can read all the information stored within and if he felt like it, he could probably change some votes if the system was in use. “This is insane,” he says.

But today, that machine is not in use, it’s being opened up for anyone to try what Schurmann did. A host of technically-minded folk have gathered at DEF CON’s Voting Machine Village, where they’re tinkering with more than 25 commonly used systems used across American elections. They might just save the next election from Russian hackers.

Those machines are, co-organizer Matt Blaze says, horribly insecure. Blaze’s hope is the public will be made aware of their many, many flaws, and demand elections be protected from outside, illegal interference, following the much-documented attempts by Russia to install Donald Trump as president.