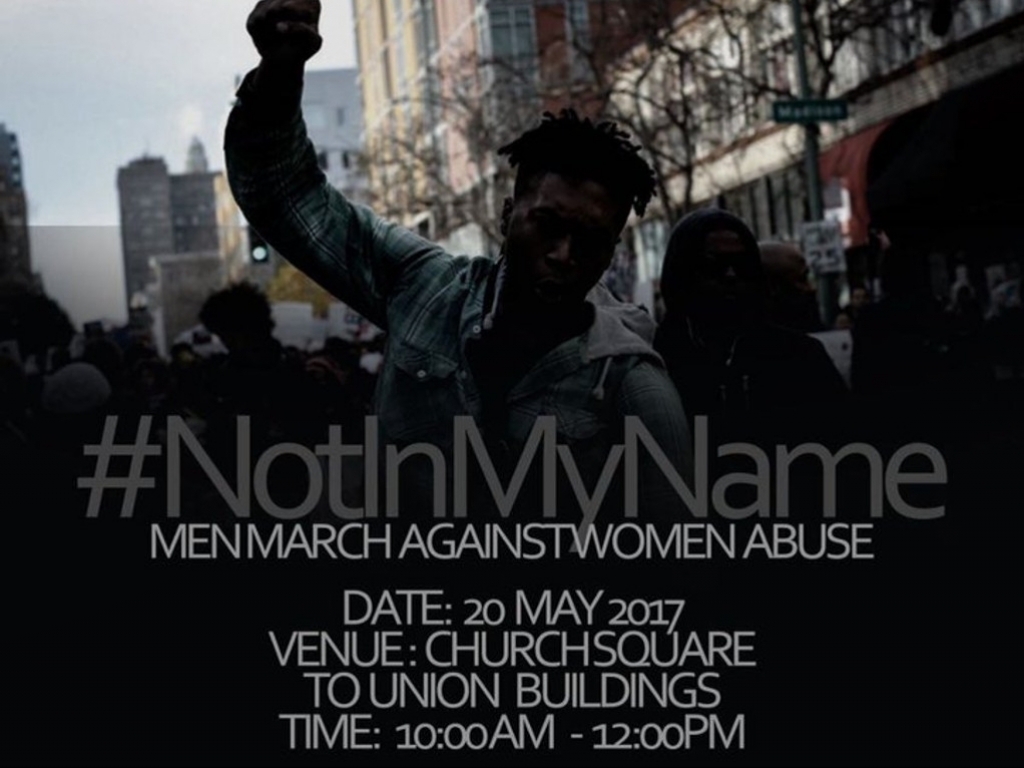 Men in SA stand together and march against women abuse

After a very loud cry by women on the #menaretrash movement, men in the country stand together and acknowledge that they have heard, and marched against women abuse in their own movement #notinmyname.

After a very loud cry by women on the #menaretrash movement, civil society, political groups and men, in particular, are said to stand together and acknowledge that they have heard the cries and will march against women abuse in the movement #notinmyname in Pretoria on Sunday.

The march is about taking a stand against the abuse of women and children, following a spike in rapes and murders countrywide.

The march will start at Church Square and proceed to the Union Buildings. Organising the march is Kholofelo Masha. He says he wants South African men to take a firm stand against gender-based violence.

“We have heard their cry through that #MenAreTrash. They've told us their stories and we've read them. We are aware of what is going on. We are now mobilising ourselves as men to take responsibility for these crimes and actions going on in our community,” he further explains. While emphasizing that this abuse cannot continue in their name, they will hold each other accountable and responsible.