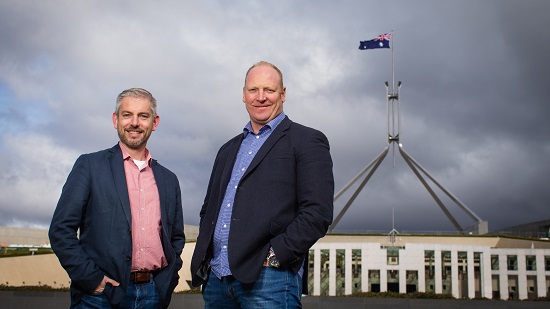 Two new Azure regions within the ICON footprint and hosted by Canberra Data Centres signal a flourishing new set of data-use possiblities for agencies in the capital, building on existing centres in Melbourne and Sydney.

Microsoft has begun decking out two new ‘regions’ of its Azure cloud service for government’s Protected information – right in the heart of the Australian government.

It’s a new partnership announced today between the tech behemoth and Canberra Data Centres, which already has most Commonwealth departments as its clients thanks to its prime twin-locations inside the government’s ICON network.

Under the deal, Microsoft will be the only major cloud provider in Australia to deliver “Hyperscale” cloud services to handle up to Protected classified government data – the highest classification currently permitted on cloud services.

Unlocking rich applications of data has been complicated by the immense size of government information and the amount that can be processed on existing analytical servers typically housed in government basements.

Early in 2018 it’ll be possible for government organisations to do much more with their data by bringing the analytics software to the data, instead of taking the data out of the security of the CDC infrastructure. Doing so will bring government a step closer to the dream of real-time dashboards using live data.

Assistant Minister for Digital Transformation Angus Taylor is one of many senior government members, including the Prime Minister, who see real-time data analytics as the path to better policymaking and delivery as part of the public service’s digital transformation potential. A proponent of small players getting a greater slice of the $9 billion the government intends to spend on ICT next year, Taylor welcomed today’s announcement for what it also means for local business:

“Global innovation in areas such as cloud technology is an essential foundation for this transformation and will ensure we can meet the expectations and needs of all Australians. So too the local software ecosystem can build its skills and innovate rapidly to first serve our local needs, then expand into global markets.”

Looking ahead, if the classification limit is raised above the currently permitted Unclassified and Protected, CDC is ready to seek accreditation for even more highly sensitive data – not that either party could ever publicly acknowledge if it did.

As even the most cautious of security agencies have confirmed for themselves, the infrastructure security at CDC exceeds most secure (and secret) government buildings. CDC chief executive Greg Boorer says the facilities were built with Top Secret classification in mind, well before any cloud was authorised for Protected.

The CDC/Microsoft monopoly inside the ICON network presents a physical lock-out for other providers, notably Amazon Web Services (AWS) and Google, who also lack the channel partners and eco depth to pull off what Azure can provide in Australia. While everybody claims interoperability and application neutrality, there will be money-counters in…