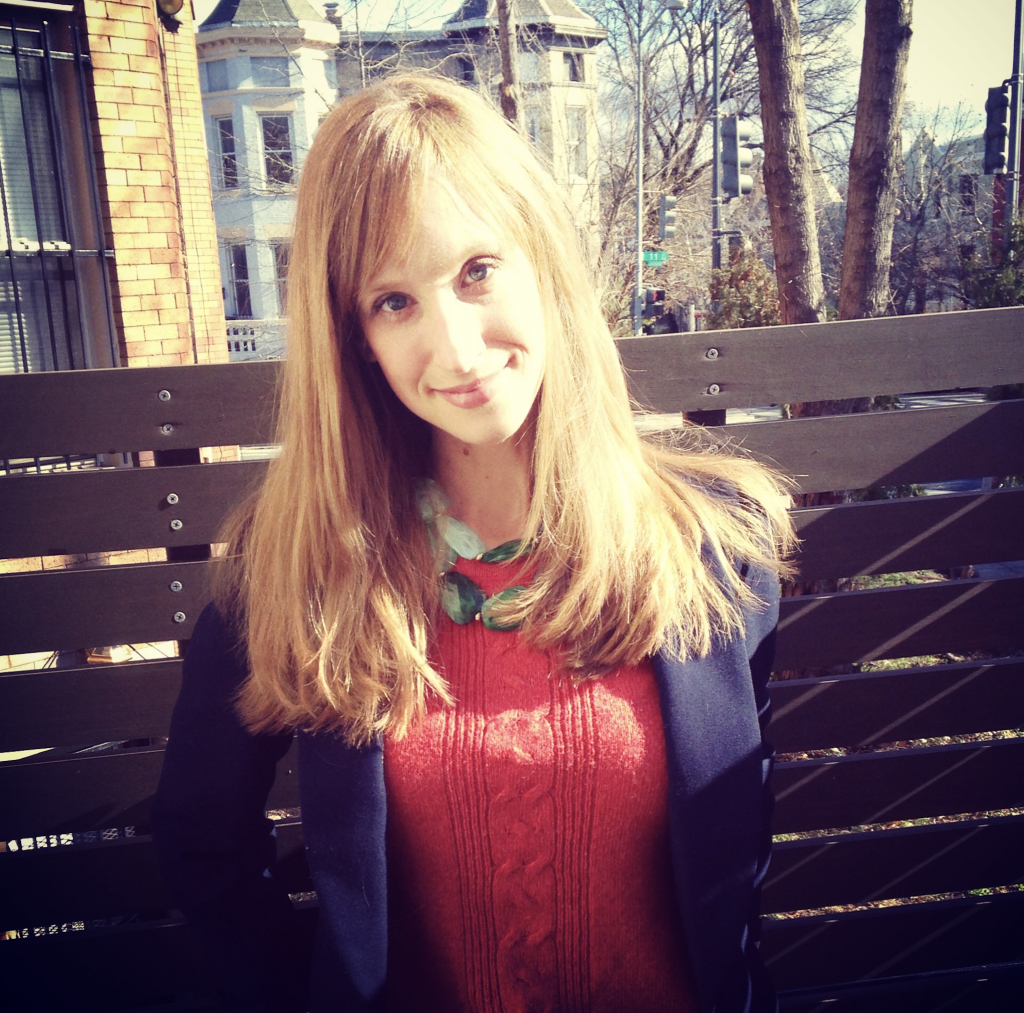 We’ll be chatting with several of this year’s National Book Festival authors on the blog. First up is journalist and novelist Monica Hesse. She’s a Washington Post columnist and the author of “American Fire,” a bestseller in 2017. She’s written novels such as “Girl in the Blue Coat,” which won the 2017 Edgar Award for Young Adult fiction. Her most recent novel is “The War Outside.”

You grew up (famously) in Normal, Illinois. Your father worked with David Foster Wallace, and he came over to your house for dinner. As a developing writer, what was that like?

Completely, utterly lost on me. This was after “Infinite Jest” had come out, so he was already famous, but I was a moron who did not really pay attention to the literary world, and David Foster Wallace was just a guy who came over to watch “The X-Files” sometimes and was really good with our dogs.

From being a teenager to having a very successful writing career now: What’s most different about the writing life than what you might have pictured?

I think in my mind, being a writer always looked like the Colin Firth scenes from “Love Actually” — chunky sweater, chunky typewriter, picturesque setting. Lots of walks and coffee shops and waiting for inspiration to strike. It took me awhile to realize that words do not magically appear unless you, like, write them. And walking and sitting in coffee shops and wearing chunky sweaters is not writing. Writing is writing. So as much as we think of it as an artistic pursuit, it’s also work. There’s so much more relentless discipline in writing than my fantasies want there to be. 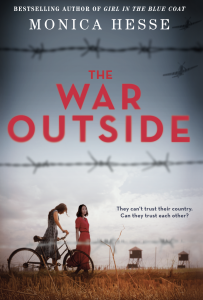 You wrote two books before “Girl in the Blue Coat” went big. Did that seem like a “make or break” book to you? Or was writing fiction something you knew you were always going to be doing?

It didn’t seem like make or break because I’ve always been lucky enough to love my day job. I’ve worked at the Washington Post, first as a reporter and now as a columnist, while writing all six of my books. If I’d been making a living by beheading chickens or something (I have nothing personally against chicken beheaders, but I’m a vegetarian) then I probably would have approached each book with more panic and higher stakes. Instead, I get to approach each one as an adventure: something I want to make better because of my own sense of pride and dedication to the story, not because I’ll starve otherwise.

People sometimes think the reporting/writing life is glamorous. I remember you once saying that, while reporting “American Fire,” you took a casserole (or similar) to a community dinner in the little town where this happened in order to introduce yourself to the locals. What did you cook? Did everybody like it?

Oh man, you’re going to make me rat myself out. It wasn’t “cook” so much as it was “buy from a very nice bakery.” I was trying to get the local sheriff to sit down with me for an interview, and he was a tough customer. My mother instructed me to put down my notebook, and bake that nice man a pie. Believe me when I tell you, though, that any pie crust made by me would not have won me an interview, it would have won me a restraining order. So I went to the local bakery and came out with enough cinnamon rolls and banana bread for the entire local police force. I don’t think the sheriff was charmed, I think he just took pity on me because the gesture was so desperate.

Your festival appearance is headlined “Growing Up Hard.” What do you remember most about your own teenage years that were most difficult? A hilariously endearing awkward story you’d like to share with everyone?

At the time, the things that made my teen years hard didn’t seem funny, they seemed deeply tragic — like my boyfriend breaking up with me the day before the Homecoming dance so he could take another girl (I decided I would go anyway “to show him” and ended up just sobbing in the corner half the night). All I can say to any young people reading this is: The sucky stuff will happen, and it will one day be book material.

You seem to be doing everything at once – a column at the Post, books, social media. Do you have a set time each day that you work on your fiction? Do you still shoot for 1,000 words per day?

When I’m actively writing something, I do 1,000 words a day. I know different patterns work for different people; a novelist buddy of mine does it by hours, and works from 10 p.m. to midnight. For me, I have to do it by word count. If I did it by hours, I’d just sit at my laptop and play solitaire for 90 minutes, then call it a day.

Who’s a tougher crowd: Book readers or readers of your column at Post?

Are you kidding? Book readers are the loveliest humans on the planet. Newspaper readers live to tell you you’re an idiot.

Am I remembering correctly that a chair once collapsed beneath you onstage at an event? Can I promise we’ll have a sturdy chair for you at the NBF?

I guess I’ll just have to find another way to embarrass myself.

Hesse will be appearing on the Teens Stage, Room 202, at 3:05 p.m. on a panel with author and illustrator Jarrett Krosoczka. It will be moderated by Maria Russo of the New York Times.