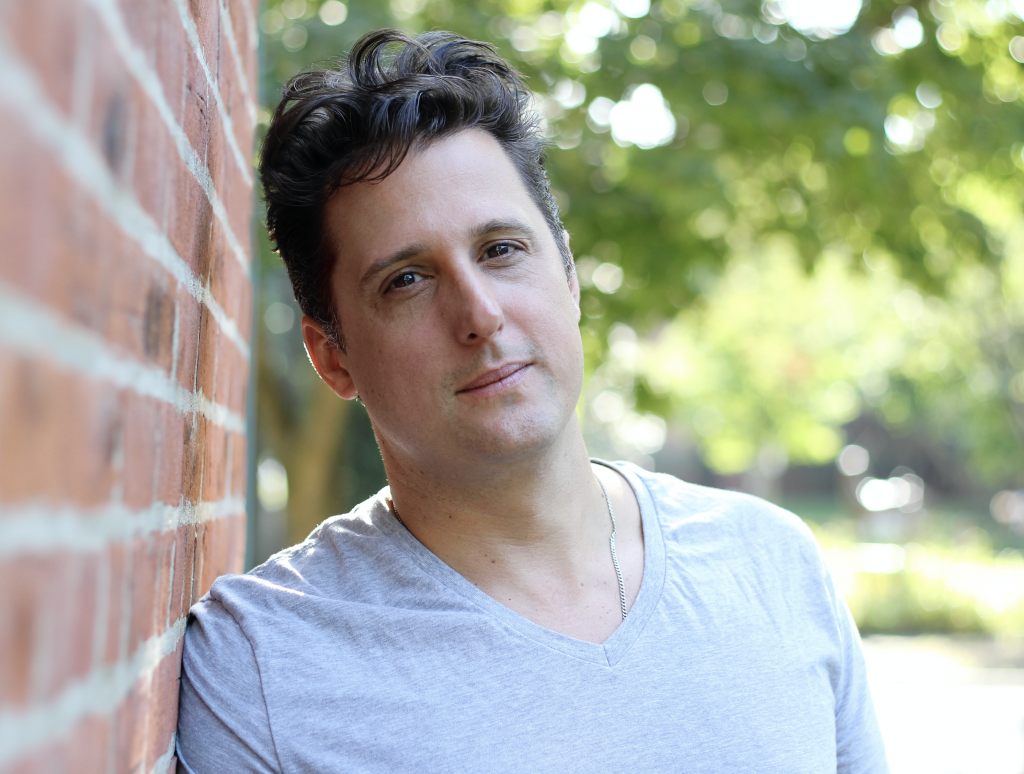 Pablo Cartaya is an author, actor and educator who knows his way around the kitchen, too. In 2018, he received a Pura Belpré Author Honor for his middle grade novel, “The Epic Fail of Arturo Zamora.” He lives in Miami.

On your Twitter handle, you describe yourself as an “unapologetic code-switcher on a mission.” What’s the mission?

My first language was Spanish. I didn’t speak English until kindergarten, when I was told Spanish was not a primary language spoken in the classroom. Over the years, I lost my Spanish. Mostly because English dominated my education and when my abuelos passed, I didn’t have the consistency of my birth language at home. I faltered many times with my own sense of cultural identity. I spoke a little Spanish but certainly wasn’t fluent. And I definitely didn’t read or write it well. After graduate school I realized that in order to feel fully confident in who I was, I needed to relearn Spanish. So I poured my bilingual heritage into my stories, unapologetically and without fear. What came out was a fuller sense of who I was and what I had the right to claim. This mission is more about pride in my bilingualism, my cultural identity, and my own voice. But it’s also a mission to young people and the promise to never let their voices, cultures, or languages be silenced or erased. 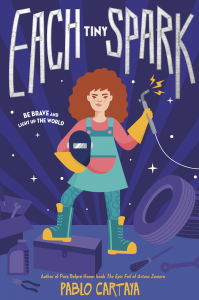 You recently tweeted that you were happy to be writing stories for kids like “my little girl.” Do you think of her as your audience when you’re writing?

I think of her and every kid in this country who has ever been marginalized or felt left out because of who they are, where they’re from, how much money they have or don’t have, or what languages they speak. It’s why I speak in Spanish at every public presentation. I want every single person (kids especially) to know that I’m proud of my cultural identity. I’m proud of my bilingualism. I’m proud of my family and my community, even though it’s been tough at times. Ultimately, I’m writing for them. Listening to them.

You include recipes at the end of “Arturo Zamora,” and thank your father for teaching you how to cook. What’s your best dish?

I polled my wife and kids. Here are the responses. NOTE: I’m insulted that none of them said my paella – which I make with fresh fish, scallops, mussels, and clams, a special imported rice from Spain, and special-ordered saffron which is like the gold of herbs (and as expensive). But whatever, I’m just a humble short-order cook in my house.

WIFE: Ooh, that’s a tough one, babe! Your picadillo is a great crowd pleaser and your fricasé de pollo cannot be left out of the conversation.

SON: Arroz con pollo ‘cause the chicken you make is sooo good. And the rice is mushy and sticky and, and it’s good, papi. Are you making some tonight??

ME: What kind? I’m asking for an interview. Be specific, please.

PRE-TEEN DAUGHTER (rolling eyes to the near back of her skull): Fine. Filet mignon and Roquefort cheese, mashed potatoes and asparagus.

There you have it. I love cooking. My dad taught me that it’s the great connector of people and cultures.

As a bilingual author, do you think in English and Spanish?

I’ve dreamt in Spanish before and it’s lovely. There’s a harmony I feel when the Spanish comes fluidly in my brain. Sometimes I can’t find the right word in English, so I say it in Spanish. Sometimes I can’t say the phrase in Spanish, so I’ll have to switch to English. I used to be embarrassed by this but not anymore.

Best phrase in Spanish that doesn’t exactly translate into English?

Can I pick two?

“Te voy a sonar como un piano!” The literal translation is, “I’m going to ring you like a piano!” Which doesn’t really make any sense when referring to a forthcoming punishment, but don’t tell your abuelita that. The chancla is like a heat-seeking missile. It will find you.

“Tu eres mi corazon de melon.” The literal translation here is, “You are my heart of a melon.” Wha?? But it’s a term of endearment, and when you hear that followed by the affectionate sounds of a grandparent or parent welcoming you into a hug, you instantly feel all warm and fuzzy inside.

I auditioned and was cast as “Fernando,” Jack’s on-and-off again love for the Season Two finale. It was great fun and the cast was generous with a kid who had gotten his first break. I’m especially grateful to the actress Deb Messing, who gave me the brilliant suggestion of going back to college (I had dropped out) and study something that wasn’t acting. I recall her saying that it would make me a better actor. Little did I know that a few months later, a casting director would suggest I change my name because I didn’t look Latino enough. I took Deb’s advice and ultimately used my English degree to write stories about people like me – people often caught in-between two cultures and two narratives and often feeling like a stranger in both.

Finally: We show up on your doorstep in Miami. Your favorite restaurant you’d take us to, and why?

Come inside! I’ll make you a delicious drink and feed you till your belly is full. And then we can go to Little Havana (right around the corner from where my mom lived when she first arrived from Cuba) and we’ll all go dancing at Ball & Chain and eat ice cream at Azucar later. Then, in the morning, we’ll get fancy and go to LT Steak & Seafood at the Betsy Hotel in South Beach and eat popovers and have Florida-fresh avocado toast with poached eggs and locally brewed Panther Coffee while overlooking the ocean and the great city I now call mi casa.