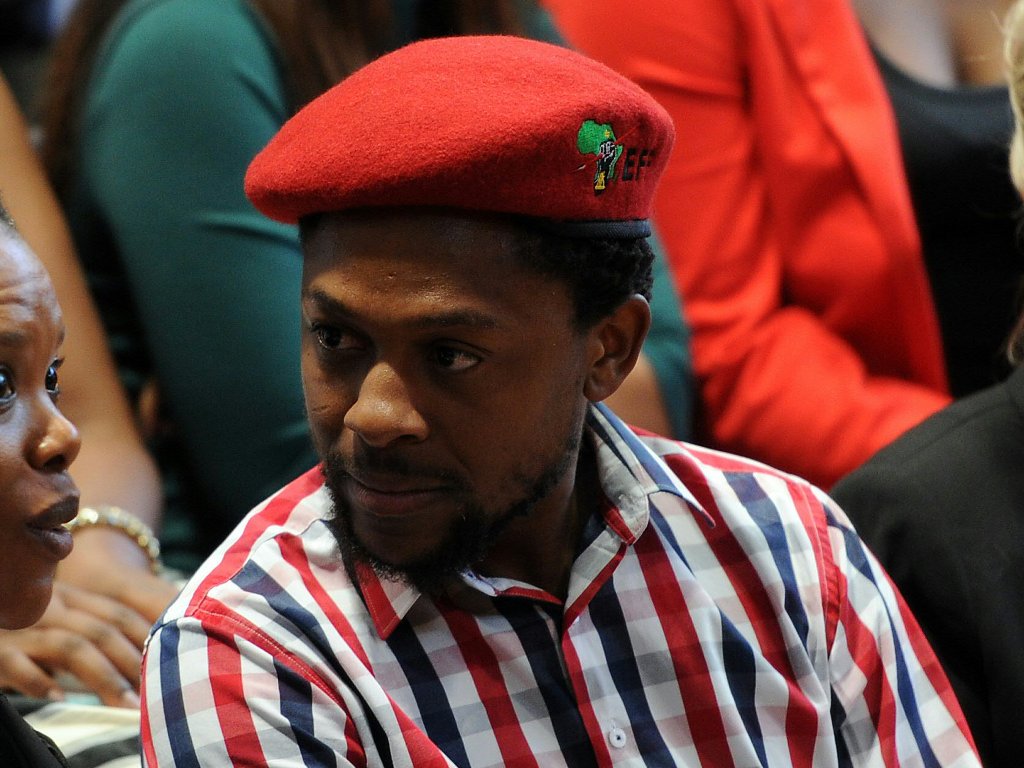 Ndlozi: Gigaba is a criminal

Gigaba was due to deliver his mid-term budget in the National Assembly when spokesperson for the EFF, Mbuyiseni Ndlozi, rose on a point of order. Ndlozi said it would be improper for the house to be addressed by Gigaba because of his alleged links to the infamous Gupta family.

It is a tactic that was employed with President Jacob Zuma ahead of his State of the Nation Addresses. The EFF sees Zuma and Gigaba as criminals.

“Speaker, we have a big problem in that we cannot be seen to be compliant and collaborating with crime,” said Ndlozi in the National Assembly on Wednesday.

“We can’t allow Mr Gigaba to address Parliament because he is the sole reason why we have a State of Capture in South Africa,” added Ndlozi.

Gigaba was appointed Finance Minister, following a fallout between President Zuma and Pravin Gordhan earlier this year. His appointment was seen as reward for loyalty to the Zuma administration. However, the EFF has taken that further by suggesting that Gigaba was himself directly associated with the Gupta family.

“He (Gigaba) is the one who has handed all public state institutions to the Guptas, Honourable Speaker. Parliament can’t be seen to legitimise what is essentially a Gupta stooge. There is no difference between him and Duduzane’s father (Zuma),” added Ndlozi.

The EFF, earlier this week, bemoaned what it felt was a Treasury that was under siege. Wednesday’s antics were an attempt to defend it.

“He is an extension of Mr Zuma in the Treasury. We are persuading this house – let’s allow the commission to be set up and let’s not be associated with criminals. Gigaba is a criminal,” said Ndlozi.