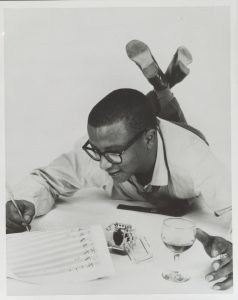 This is a guest post by Larry Appelbaum, senior reference librarian and jazz specialist in the Music Division. It was first published on “In the Muse,” the division’s blog. Appelbaum interviewed Gregory Morris, nephew of Billy Strayhorn, to mark the Library’s acquisition of the Billy Strayhorn Music Manuscripts and Estate Papers.

In January 2017, I traveled to a suburb outside of Phoenix, Arizona, to meet Gregory Morris and family. Morris is the nephew of Billy Strayhorn and executor of the Billy Strayhorn Estate. Dr. Morris, a retired educator originally from Pittsburgh, kept the collection in safe hands for nearly five decades. The papers, including holograph scores, manuscripts, photographs and business papers, are a treasure trove for researchers and scholars of 20th-century American music. They are also of special interest to anyone interested in the work of Duke Ellington, with whom Strayhorn worked and collaborated until his early death from esophageal cancer in 1967. It’s taken nearly a year to process and catalog the collection, but it is now available for researchers to consult in the Performing Arts Reading Room; an online finding aid has also been prepared.

I interviewed Dr. Morris via email about the importance of the collection and significance of the materials for scholars from various disciplines. Here are his responses.

Billy Strayhorn died on May 31, 1967. Pick up the story from there. Did he discuss with you what he wanted for his papers?
A few years before my uncle, Billy Strayhorn, died, he asked if I would be the executor of his estate. I asked what that meant, and he said to take care of his stuff. I agreed to serve. Upon his death, I gathered his belongings and music from his apartment. I surmised from his comments that he wanted me to make certain that he got credit for all the work he had written. That meant that everything that had not been copyrighted should be copyrighted in his name. 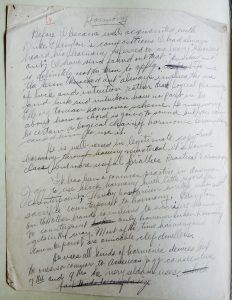 Give an idea of what’s in the collection and how it might serve musical scholarship.
In the Billy Strayhorn collection, there are original manuscripts, titled and untitled, that would enable scholars to examine how Billy wrote music. He wrote many parts for specific musicians in the orchestra. A close study may reveal other secrets about Strayhorn’s approach to composition.

What kind of creative community did Billy emerge from in Pittsburgh?
Pittsburgh, a relatively small city, had a major symphony orchestra and opera company, as well as a Negro opera company. Billy studied classical piano for many years and then moved into jazz. Pittsburgh has a rich jazz history that produced Ahmad Jamal, Mary Lou Williams, Art Blakey, Billy Strayhorn, Ray Brown, Dakota Staton, Billy Eckstine, Dodo Marmarosa, Roy Eldridge, Erroll Garner, Earl “Fatha” Hines and many others. The free expression of the listening and learning of music flowed like the three rivers.

What items resonate the most with you and the family? Surprises or revelations?
I was pleasantly surprised by the volume and variety of music Billy created such as “Valse,” “Chelsea Bridge,” “Lush Life,” “Upper Manhattan Medical Group,” “Take the ‘A’ Train,” “Swing Dance,” “Something to Live For” and “Blood Count.”

Do you feel Duke ever exploited Billy’s good nature?
Duke and his sister, Ruth Ellington, thought they owned everything Billy created and produced, including songs he wrote prior to leaving Pittsburgh.

Can you tell from listening which pieces were composed by Duke versus Billy?
Personally, I cannot, but Strayhorn aficionados can distinguish between the two.

We know which Strayhorn compositions are most famous. Any thoughts about which have the most musical significance?
Billy had so many different periods of writing. One significant period was in 1941 during the ASCAP strike. Billy was responsible for filling the Ellington band book with new songs since Ellington was restricted from performing any of his compositions on the radio — the radio was the life blood of the band. Billy’s most famous song was “Take the ‘A’ Train,” which became Ellington’s theme song. There was also a string of titles that are some of the most often recorded today. Among these compositions was “Johnny Come Lately.” That and others like it revealed that Strayhorn was in tune with the soon-rising style of be-bop.

How about his work before joining Ellington?
Before joining Duke Ellington, he wrote “Something to Live For” for his trio, the Mad Hatters, in Pittsburgh. He also wrote a production for Westinghouse High School entitled “Fantastic Rhythm.” From “Fantastic Rhythm,” “My Little Brown Book” remains. Billy also wrote “Lush Life” before leaving Pittsburgh. It is interesting that this title was never part of the Ellington book, and Ellington never performed or recorded it. 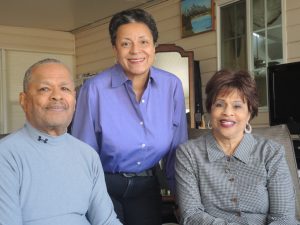 What was the role of Walter Van De Leur in organizing the collection?
What I brought from Billy’s apartment was from my nonmusical background lots of paper. I had many people look at it, but no one came back until David Hadju introduced us to Walter van de Leur. Walter came to Pittsburgh to organize and catalog what we had brought from Billy’s apartment. Walter organized the manuscripts and spent 10 years studying the music. Since Walter was a fellow in the Ellington Collection at the Smithsonian, he could compare the Ellington hand and the Strayhorn hand. As a result of Walter’s work, he took copies home to the Netherlands to have the Dutch Jazz Orchestra play them. It eventually produced “A Portrait of a Silk Thread: Newly Discovered Works of Billy Strayhorn.”

Are there any aspects of Billy’s life or work that have not yet been adequately examined?
A researcher can always find something to pique their interest.