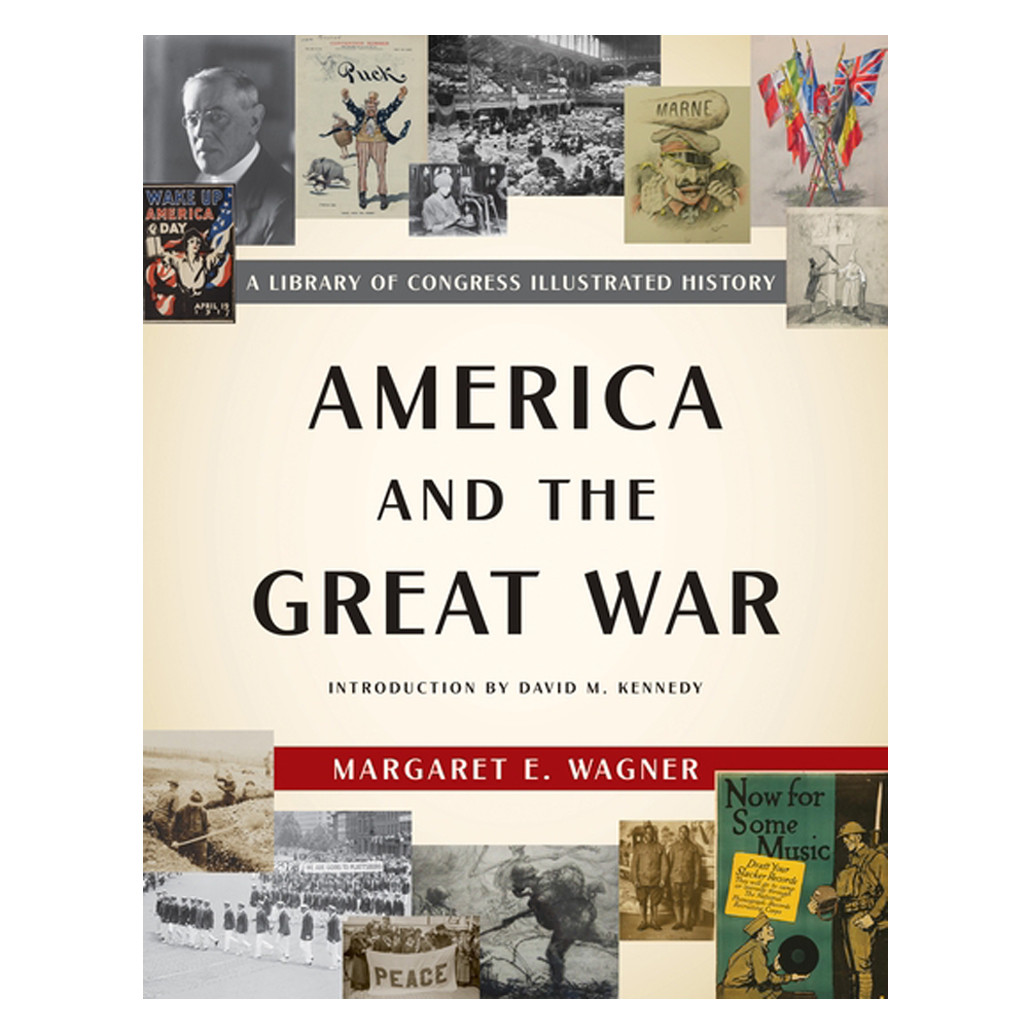 Between August 1914 and November 1918, World War I eradicated empires, ignited the Russian Revolution, reconfigured the world map and marked a turning point for the United States. A new book by Margaret E. Wagner, “America and the Great War: A Library of Congress Illustrated History,” published by Bloomsbury Press in association with the Library of Congress, commemorates the centennial of that decisive moment in American history. Chronicling the United States in neutrality and in conflict, it presents events and arguments, political and military battles, bitter tragedies and epic achievements that marked U.S. involvement in the first modern war.

Extensively illustrated with images and artifacts from the unparalleled Library of Congress collections—including the rich store of WWI material in the Library’s Veterans History Project—the book presents a unique and engaging look at the era that saw the United States emerge as a true world power while addressing questions that Americans are still struggling to answer today.

Filled with the voices of individuals both well-known and previously unsung, “America and the Great War” reveals the explosion of patriotic fervor as the country declared war; the near-miraculous expansion of its tiny army; its military engagements abroad and struggles against the suppression of civil liberties at home; the successful drives for woman suffrage and prohibition; and the largely unsuccessful struggles by African-Americans to secure at home the rights Americans were fighting for overseas.

In his introduction to “America and the Great War,” Pulitzer Prize-winning historian David M. Kennedy praises the book as “a uniquely colorful chronicle of this dramatic and convulsive chapter in American—and world—history.” Publisher’s Weekly commends Wagner for combining “an entertaining coffee-table format with an intellectually rewarding text.”

“America and the Great War” is 384 pages long and includes more than 250 illustrations in both color and black-and-white. It is available for $35.99 through the Library of Congress Shop. Credit-card orders are also taken at (888) 682-3557.

For those of you in the Washington, D.C., area, Wagner will speak about the book at the Library of Congress at noon on June 8. Part of the Books and Beyond series sponsored by the Library’s Center for the Book, the talk will be in the Mumford Room on the sixth floor of the Library’s James Madison Memorial Building, 101 Independence Ave. S.E., Washington, D.C. The event is free and open to the public; no tickets are needed.