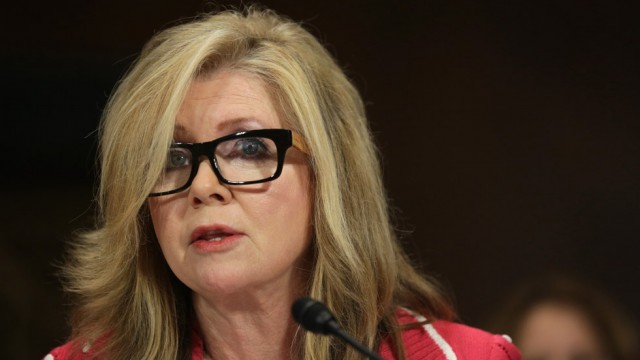 The new bill, from Rep. Marsha Blackburn (R-Tenn.), comes after Republicans were left reeling from a public backlash after pushing through legislation to kill internet privacy protections passed by the Federal Communications Commission (FCC) last year.

Blackburn was a key part of moving that legislation and took heat at the time for her arguments against the rules, which would have gone into effect this year and were seen by many as essential privacy protections.

The FCC rules would have required internet service providers (ISPs) to get permission from customers before sharing their data with advertisers. Republicans and the broadband industry opposed the regulations, arguing that they would have subjected ISPs to restrictions not faced by websites such as Facebook and Google, which are responsible for the majority of the internet’s data-driven advertisements.

When the bill repealing those regulations was signed into law, Republicans faced intense criticism from Democrats and privacy and consumer advocates. And the telecom industry went on the defensive, trying to publicly push back against the notion that their customers’ data is now vulnerable to being accessed by third parties.

Critics at the time were skeptical of Republicans’ pledge to implement uniform privacy regulations that cover both ISPs and such sites as Facebook, Google and Amazon, which are also referred to as “edge services.”

The Blackburn bill, which was introduced last week,…