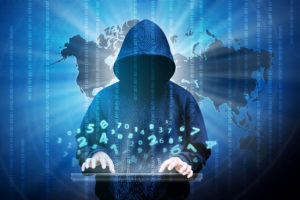 A new scam feigning the Make-A-Wish Foundation goes beyond just being despicable for exploiting the respected name of a national charity helping children with life-threatening medical conditions.

It combines a trio of the most successful types of schemes – sweepstakes scams, charity scams, and government imposter scams – increasingly used by telephoning fraudsters, and mimics a near-identical ruse seven years ago that bilked older Americans out of $20 million.

Scammers posing as employees of the Federal Trade Commission or non-existent “Consumer Protection Agency” are currently calling Americans to say they have won a six-figure cash sweepstakes run by Make-A-Wish.

The as-expected gotcha: An upfront fee upwards of $4,500 first must be paid to cover taxes, insurance and/or courier services, according to warnings from federal and state officials across the U.S. The as-you-can-guess realities:

You should never, ever believe that a government employee (or anyone else) is calling to give you sweepstake or lottery money; if you win a lottery, for instance, it’s on you to claim a prize. Or that you need to pay upfront to get a prize. Or that a respected and admired charity is footing the bill instead of using donations for their intended purpose.

It should be that obvious. But it’s not.

The new Make-A-Wish scam is a near repeat of a ruse in 2010. Then, scammers working from boiler rooms in Costa Rica held the same make-believe sweepstakes, supposedly sponsored by Make-A-Wish. They claimed to be from the FTC or Internal Revenue, reinforcing that lie with internet phone technology to display Washington, D.C.’s 202 area code on targets’ Caller ID (like they’re doing again now before instructing “winners” to call a phone line with an Arizona area code, where Make-A-Wish is headquartered).

Before authorities busted that crime ring, $20 million was swindled under the guise of paying upfront “luxury taxes” on touted winnings – primarily from older Americans, a population known to be generous in charitable donations (especially those said to help sick children), patriotic and trusting in their government, and especially vulnerable to sweepstakes scams. Notice how many people buy lottery tickets despite a 1-in-292 million shot of winning Powerball and ask yourself: Who isn’t receptive to the idea of receiving a fortune out of the blue?

Like other charities, Make-A-Wish gets spoofed every few years (another name-dropping sweepstakes occurred in 2012). Other bogus sweepstakes “scampaigns” currently making the rounds use the same fake “Consumer Protection Bureau” and “Agency,” moniker, including one that scammed $40,000 from a retired couple in Ohio.

The names, however, do not matter. Charities don’t give away money; they hope to collect it. Your tax dollars don’t go to awarding or managing sweepstakes or lotteries. Only scammers and their prize lies require upfront funds to supposedly award you money.

It’s may be a triple threat but has an easy answer: Just hang up.